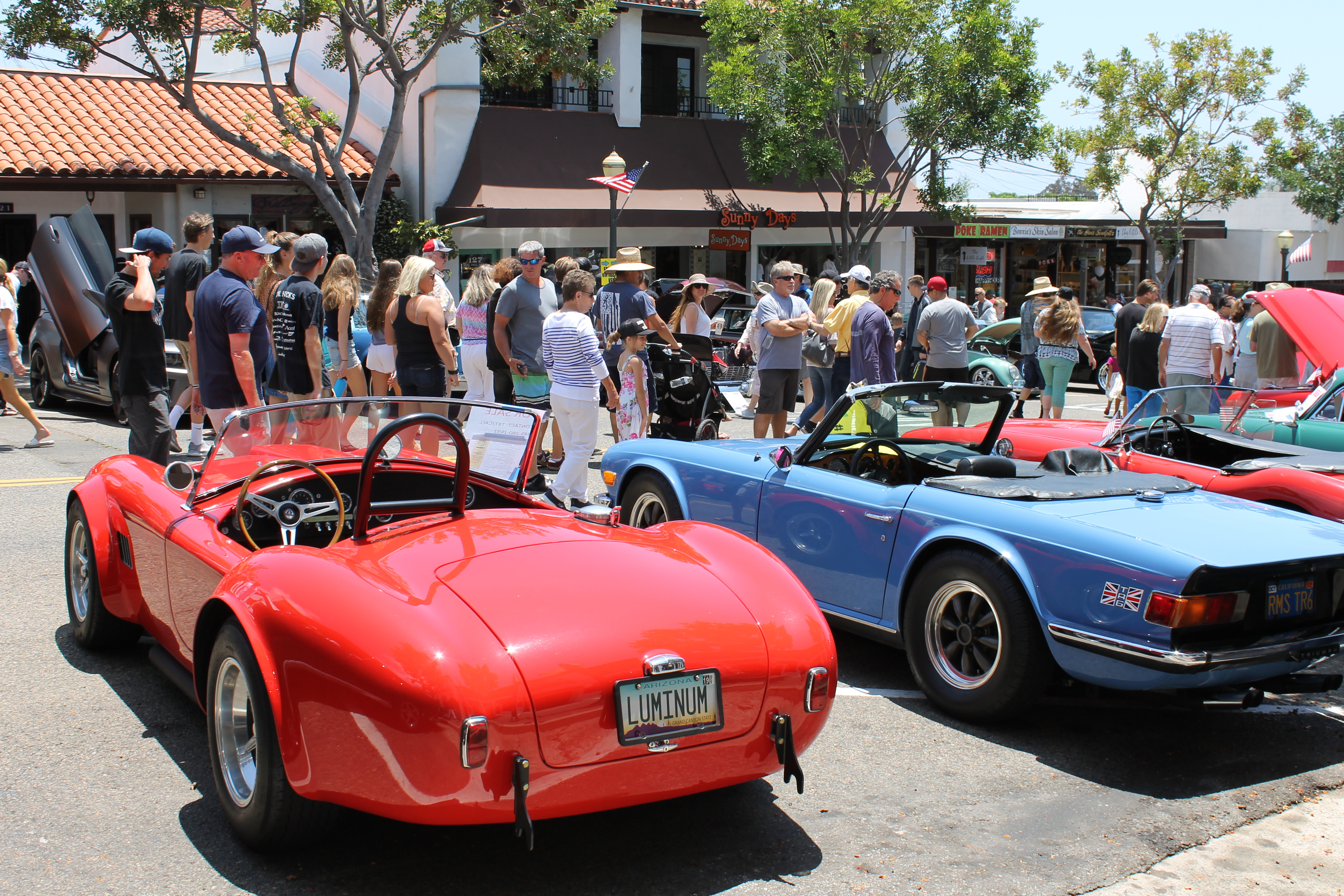 I felt compelled to write about the annual San Clemente Del Mar Car Show this year, because I was very critical about it last year. It was held on a Saturday after many years on Sunday, and I thought competing directly with the largest weekly gathering of cars in the United States (Cars and Coffee at the Outlets at San Clemente) was not a good idea. In 2018, there were half the cars, half the people, and no live music. I thought it was a second-rate affair and would probably die a slow death. But somebody did a lot of work to turn it around, and I would say they improved the show 90%.

There were more cars—not as many as 2017, when Ola Vista and many small parking lots were filled with cars, as well as Del Mar—but far more than last year. Attendance was way up. Like walking in Disneyland, one couldn’t walk in a straight line without running into other people; some you might even know. And there were some excellent live music groups rotating onto the stage. This was an event!

Kudos to The Downtown Business Association for turning this show around in quick fashion and restoring it to a San Clemente premier event. I was impressed and will definitely come back next year.

Publisher’s Letter: Strength in the Face of Adversity

Letter to the Editor: City Council