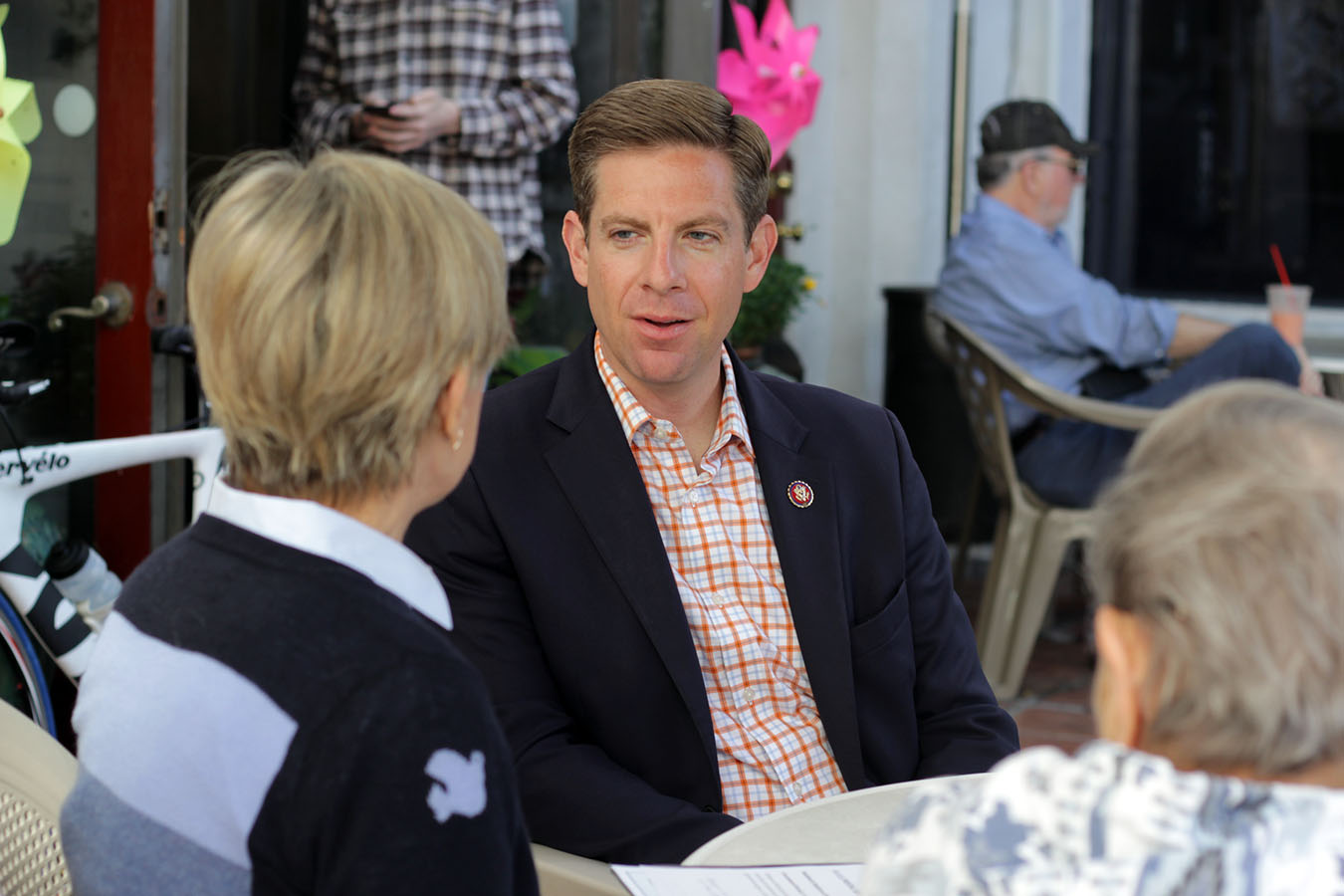 Rep. Mike Levin, D-CA, met with dozens of constituents in San Clemente on Wednesday, May 29, as part of his ongoing series to sit down with residents over cups of coffee.

Holding his latest “Coffee with your Congressman” event at Café Calypso, Levin, who represents California’s 49th Congressional District, encompassing a stretch of cities from San Juan Capistrano and Dana Point to Carlsbad and Del Mar, answered a range of questions regarding his policies in office.

Andrew Schorr, a Carlsbad resident and the co-founder of Patient Power, an online resource for cancer information, said he wanted to speak with Levin about healthcare issues and drug costs. Schorr gushed over the freshman congressman’s monthly event, expressing appreciation for Levin being available to district residents.

While much of the discussion among guests remained cordial, one conversation turned testy when San Clemente resident Jim Bieber grilled Levin over his support for the “Green New Deal,” the resolution House Rep. Alexandria Ocasio-Cortez, D-NY, introduced to address climate change.

Bieber said Levin wouldn’t respond to his questions asking “how much (the Green New Deal) would cost” and “if the gasoline engine had not been invented, what would the temperature (of the planet) be?”

Levin responded by telling Bieber he wasn’t interested in having a combative discussion. Later, Levin did explain his position on the U.S. investing in clean energy technologies while addressing a question on what the sustainable population of Earth should be—a question from Carlsbad resident Gregg Ferry, who was sitting next to Bieber during the previous exchange.

“Either we will lead on this issue or we will follow,” Levin said, noting that “a suite of new technologies” is bound to change the way the U.S. consumes energy and moves goods.

“It’s going to require a lot of innovation,” Levin said, continuing the thought. “The question is whether we’re going to take the steps necessary to innovate in this country, to lead in this new industrial revolution, which I would argue is the greatest wealth creation opportunity that we have currently.”—