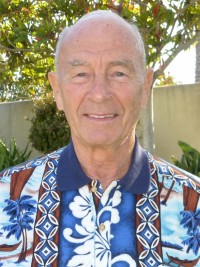 Lew’s Views: The Power of Visual Media in Disseminating News

The recent hurricane disasters of hurricanes Harvey and Irma are unprecedented in terms of natural disasters, economic losses, personal losses and property damage both personal and public. More recently, the earthquakes in Mexico added to this. Certainly, the loss of life in these events is regrettable, but does not approach the loss of life experienced in wartime over the years—both foreign and domestic—during the Revolutionary and Civil Wars in our country.

Even though the vast majority of our population was not directly affected by the hurricanes, we were made and felt “a part of these events.” This was accomplished through the phenomena or medium known as television. With constant 24-hour-a-day coverage over both national and local TV as well as the internet, we were all made part of these events—literally, it’s as if we were and still are actually there.

As these events continued over the weeks, I began to think of such visual and public knowledge of such events in my earlier years. In fact, it did not exist.

As I reminisced about these earlier years the only “news media” were radio and print, daily newspapers and periodic magazines with some pictures. For our younger generations today, they need only ask, “How would these recent events have impacted us if only heard on the radio or seen in limited print?”

Thinking back, TV did not come into public existence until midway through my college years, the early 1950s, and even then it was very limited. Advancing into the late 1950s and 1960s, it remained so. I recall living in Hawaii in the late 1950s and 1960 and the only activity was local events. It was so restricted that we did not even own a TV set. Of course, broader film was flown in from the mainland, but was received with little interest or economic benefit.

When TV sets finally became more available, they were routinely structured to show black-and-white images only, no color. When color emerged, it was routine to be asked, “Do you want black and white or color?” When color did emerge, a set that costs around $500 today was $3,500. Of course, we use only real-life color today.

The point of all of this background is to illustrate and emphasize the impact of what real-time color TV—visual media—has on our lives and how it can be the catalyst in bringing us all together as Americans and what our American values mean. The response to the hurricanes has crossed ethnic, racial and national dimensions, and even though fringe elements remain, many of these barriers have been erased, with diverse races helping each other, varied nationalities putting differences aside to help the needy, and specific religious demands resulting in a single common effort to assist those in need.

Most recently, particularly this past weekend, has been the role of the visual media in exposing the conflict around the behavior of so many of the National Football League (NFL) players during the opening ceremonies of games. Much of this is a response to the behavior of our national leadership; however, it vividly illustrates the role of the visual media in shaping all of our beliefs, values and lives.

Lew Avera is a retired career officer, Lt. Col., U.S. Marine Corps. He was a director of the Talega HOA and served on the San Clemente Planning Commission from 2005-2013.