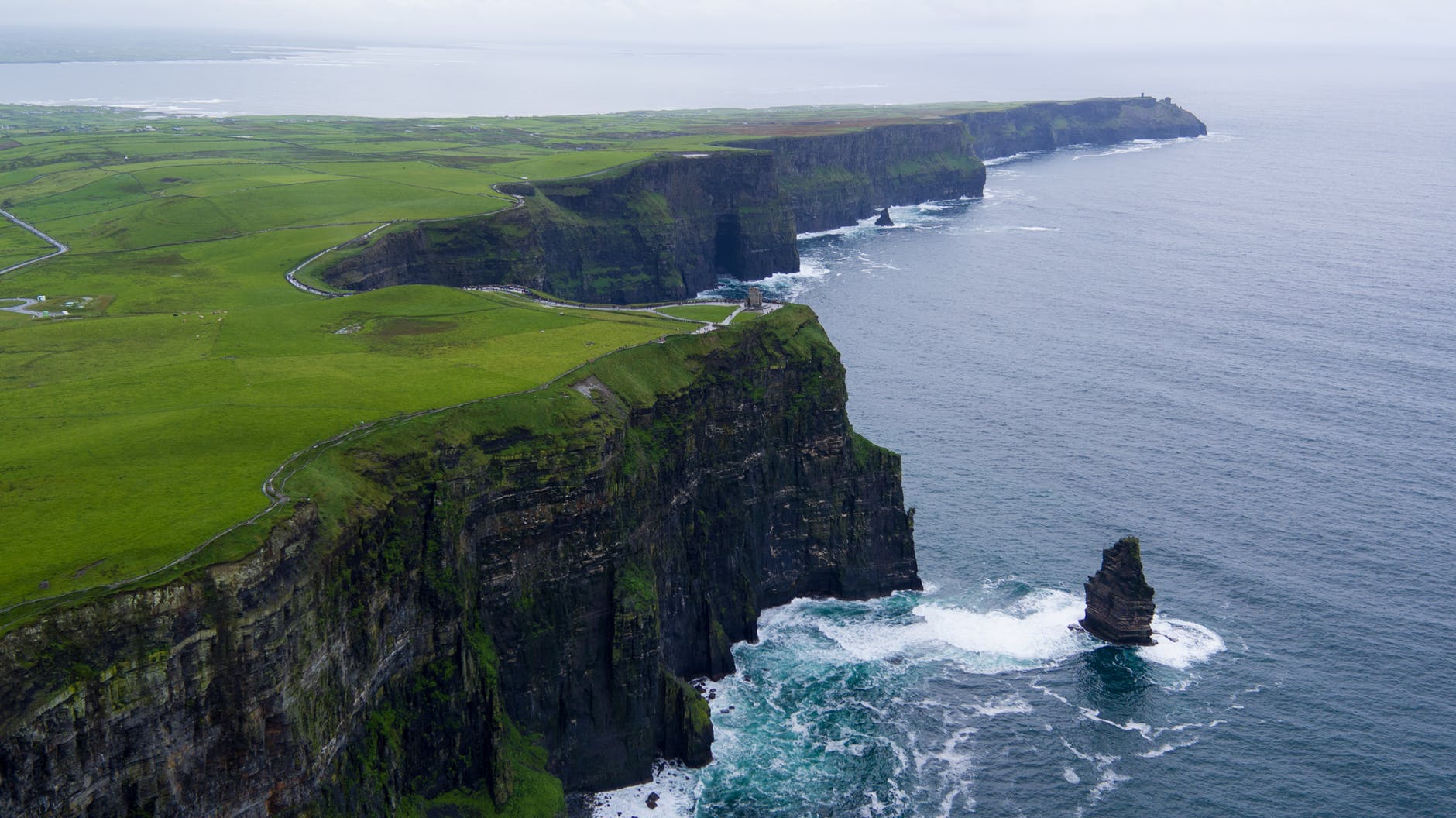 On Life and Love after 50: Dateline: Dublin, Ireland

Greta and I just completed a 10-day land tour around Ireland. We joined 25 other people from the U.S. and one man from Australia, traveling by motorcoach and staying in hotels in Dublin, Ballina, Galway, Limerick, Tralee and Waterford.

Upon arriving at our Dublin hotel, we noticed TV cameras around the lobby. A popular Ireland TV show called First Dates was being taped there. What a funny coincidence, we thought. Thirty couples, mostly much younger than we, were matched and being interviewed.

I jokingly told one of the show’s producers that Greta and I were there for our taping. She seemed perplexed and couldn’t find our names on her list. Then I told her that I had written about dating for 25 years. I thought she might interview us, but we didn’t fit the mold.

Of course, the main reasons for coming to Ireland were the castles, history, cities, green landscape and sheer beauty.

Also, I had hoped to find genealogy information on my mom’s side of the family, some of whom I knew had come from Ireland.

Each day was very busy. Our luggage had to be placed outside the hotel room by 7 a.m., followed by a quick Irish breakfast, then on the bus by 8 or 8:30. All kinds of tourist attractions each day. Hotel check-in after 5 p.m. A group dinner most nights. Seven different hotels in six cities.

We saw so much, it’s impossible to describe everything, so here are a few highlights.

The first stop: The Famine Museum in Strokestown. Here the great Irish Famine of the 1840s was explained. At that time, the potato was the main food for the population of 8 million. Many were very poor and were sustained by eating only potatoes, as many as 14 pounds per person per day. A blight destroyed the Ireland potato crop. Nearly one million people starved to death.

At the museum, we read about the tragedy, saw old pictures and depictions. As I left the museum, I thought to myself, I will never complain about anything again in my life. The messages there were that powerful.

At the 200-year old Rathbaun farm, our group made scones from scratch. While the scones were baking, we saw a border collie herd sheep and then  saw a lamb sheared. Then, back inside to eat our own scones. Delicious.

In Western Ireland, our group stopped at Kylemore Abbey, a massive castle acquired by Benedictine nuns from wealthy people who had squandered their fortunes living the high life. And then a stop at a marble workshop, where Irish marble mined from nearby quarries is turned into jewelry. Many women purchased earrings and bracelets.

One day, the group boarded a ferry boat to the Aran Islands, the westernmost islands of Europe. Gaelic is the first language spoken there. While there, we climbed 1,000 feet to Dun Aengus, a fort from prehistoric times.

Lunch on the island was at Ti Joe Wattys pub, where the group was entertained by an Irish guitar player and singer.

We stayed in the resort city of Galway for two nights. From there, we toured the Dingle Peninsula and the 100-mile Ring of Kerry along the cliffs of the Atlantic Ocean. Ate at Blake’s Bar.

My favorite city: Killarney. The shops, stores, pubs were bustling with people. A Guinness store—similar to an LL Bean Store—had all kinds of tempting merchandise to purchase.

In Waterford, the group enjoyed a tour of the famous Waterford Crystal factory, which has 180 employees producing the well-known vases, stemware and sports trophies.

Our bus driver and tour group leader were both five-star performers. Sean drove us around Ireland and back to Dublin safely, navigating more than 1,000 miles of narrow curvy roads. Many times, he had to stop so oncoming traffic could inch by. Once, he had to stop for a herd of sheep crossing the road.

Barbara, the tour group leader with 28 years of experience, was pleasant, patient, organized, energetic and on top of every little detail, making the trip extremely pleasant. Her Irish expressions were priceless.

Or, “Those people are having a ‘chin wag’ ”—a conversation.

She’d often say, “Today’s forecast is for ‘broken weather.’ ” Translation: sunny one minute, raining the next.

We saw hundreds of cattle and sheep, incredible historic castles and black-stone walls everywhere in the countryside.

The Irish people are warm, welcoming and friendly. The food, especially the fresh seafood, is to die for. The pints of Guinness Stout in the pubs? Well, there’s a lot less Guinness in those pub taps, now that our group has left Ireland.

Health and Nutrition 101: Winning for Life