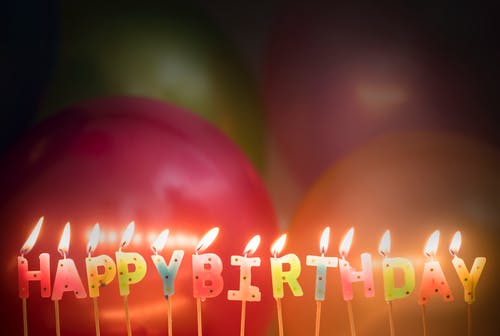 According to rock band Blink-182, “Nobody likes you when you’re twenty three.”

In their 1999 hit single, “What’s My Age Again?”, the pop-punk anthem probes aging and maturity.

When I ask him how he wants to celebrate his birthday, I’m met with a shrug of his shoulders.

I remember my older son spending the weeks preceding his 23rd birthday packing his belongings into boxes for his move from an apartment in the Midwest to a downtown dwelling in the Bay Area.

My older son, days after his college commencement, moved to the middle of the country to pursue promising employment opportunities. Eighteen months after his arrival, he left the Midwest and his entry-level job to return to California and advance his career. We celebrated his 23rd birthday by helping him move.

I guess I shouldn’t be too surprised by my younger son’s lack of enthusiasm regarding his upcoming milestone.

When it comes to marking number 23, it’s not an epic event, it’s not a game-changer, and it’s not his golden birthday.

I believe all birthdays (excluding my own) should be celebrated. While I’m looking forward to commemorating this birthday, I understand my son’s indifference.

Twenty-three is a difficult age to define. It’s a time of swift changes and tumultuous transitions.

Twenty-three is birthday limbo. It’s a time for students to say goodbye to college campuses and hello to professional pursuits.

Twenty-three is uncertainty. It’s a time when the world is their oyster, but indecision and doubt can stifle hopes and dreams.

Twenty-three is taking a precarious seat at the table with the adults. It’s a time that is discouraging when struggling to seek solid footing required to realize ambitions.

Twenty-three is melancholy. It’s a time when the march of “Pomp and Circumstance” fades and for the first time, in a long time, graduates aren’t known as students.

Twenty-three is when the future suddenly becomes the present and not fodder for dorm room daydreams. It’s a time when, after being coached that college is “the best time of your life,” graduates wonder what lies ahead.

Twenty-three is accountability. It’s a time of managing the fallout from the best time of their lives—including mounting debt.

Twenty-three is fiscal ingenuity. It’s a time of learning to stretch a yearly salary instead of rationing an hourly wage.

Twenty-three is trading the freedoms found in college for the constraints of adulthood. It’s a time many graduates find themselves returning to the nest and foregoing the independence spent years forging.

Twenty-three is friendships that evolve or dissolve. It’s a time when days are spent with new coworkers instead of old high school classmates.

Twenty-three is inching closer to twenty-five; it’s the freshman year of adulthood. A time to start tackling life’s big decisions.

Twenty-three is marriage proposals. It’s a time to begin attending the first of untold bachelor or bachelorette parties.

Twenty-three is a time of significant brain development. While debate surrounds the specific age of full brain development, most experts suggest that the brain is fully developed by the mid-20s and the prefrontal cortex is almost fully functional.

It’s a time for complex decision-making and risk assessment. The brain’s ability to assess precarious situations and weigh risks and rewards improves. The maturing brain feels less peer pressure and less need to push boundaries to the point of breaking.

Twenty-three can make smarter choices than before. It’s a time when teenage behaviors based in emotional thought give way to logical thinking.

Twenty-three is the blink of an eye.

Twenty-three is my younger son becoming an adult.

The pop-punk song professes, “Nobody likes you when you’re twenty three.” As my son navigates 23, I hope he knows I will like, and love, him always.

Shelley Murphy has lived in San Clemente with her husband for the past 21 years, where she raised her two sons. She’s a freelance writer and has been a contributor to the San Clemente Times since 2006.