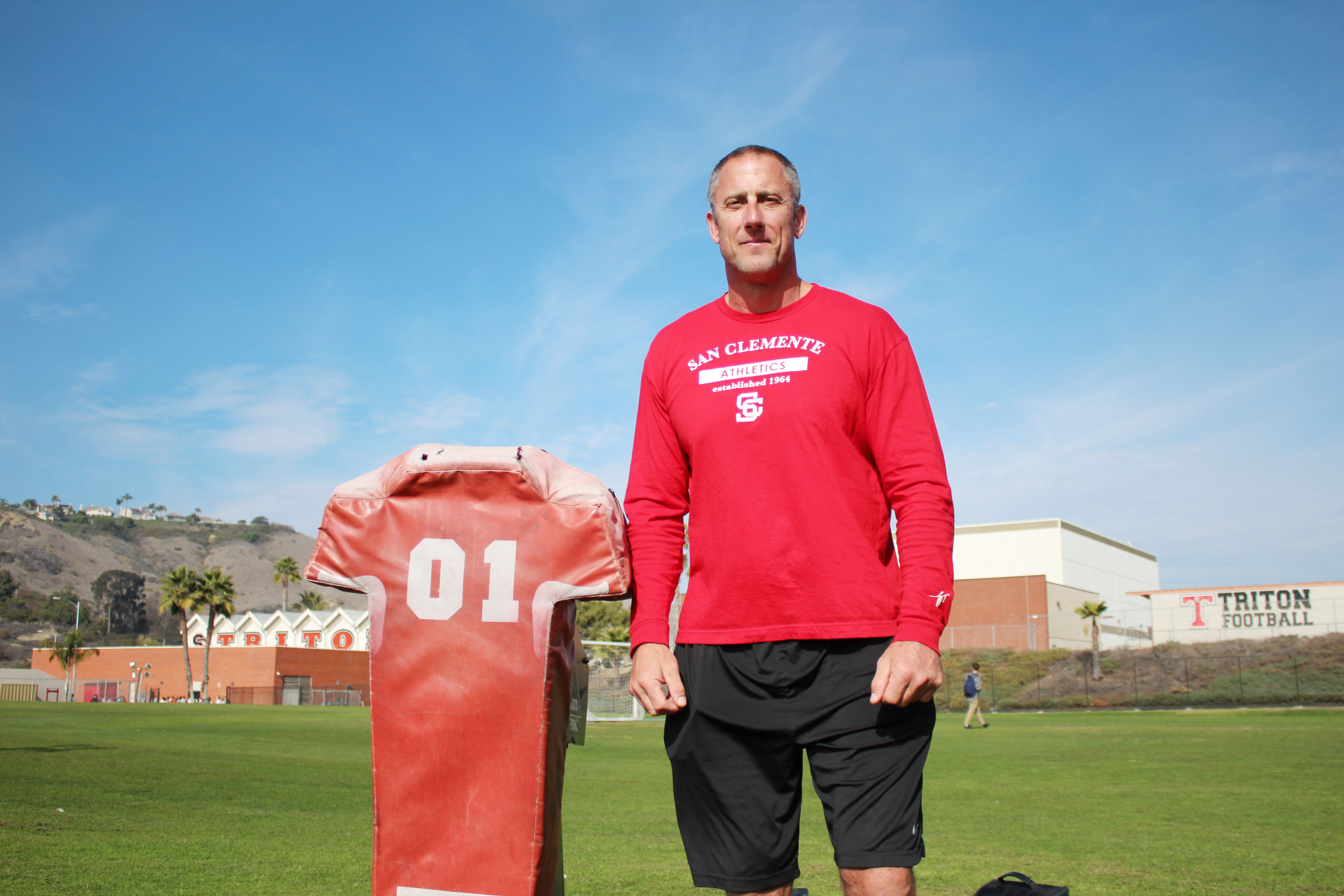 Pat Harlow and Lance Scott know a thing or two about playing the lineman position in football.

The two former players and current coaches have a combined 14 years of NFL experience under their belt and want to bring that knowledge to Southern California in the form of a unique football training camp, which starts on Feb. 1 at San Clemente High School.

The two recently created the Red Zone Elite program, which aims to develop young offensive and defensive linemen in the area. Usually, the offseason for high school football players can be full of 7-on-7 passing leagues and showcases for quarterbacks and running backs and other skill-position players, but Harlow and Scott realized there was something lacking for the big men up front.

“If you’re a wide receiver, quarterback, linebacker, there’s tons of places where you can go get extra work,” Harlow said. “But for linemen … We want the best defensive and offensive linemen to work against each other here to see how good we can get.”

The camps are set to go for three weeks and will be held on the field at Thalassa Stadium.

Harlow, a former Morris Trophy winner at USC, said the camp will focus on training high school-level players but are open to athletes ages 12-18.

Rather than form the linemen to fit specific schemes, Harlow said that Red Zone Elite training sessions will focus on the fundamentals, which start from the ground up: proper stance, footwork, hand placement and overall technique will be stressed. From there, players will be put through two lineman-specific circuits that include dynamic stretching and strength training. Harlow believes this approach will serve players better in the long run.

“What we’re going to show players works in all schemes. There are certain basics that work everywhere,” Harlow said. “It’s like being a carpenter and giving you a bunch of tools. You may not need that tool every time but man, there’s some times, I need that tool, let’s go grab it.”

The camp wraps up with offensive and defensive linemen going one-on-one with each other while being videotaped. The players can use the tapes for their own personal highlight and recruiting reels.