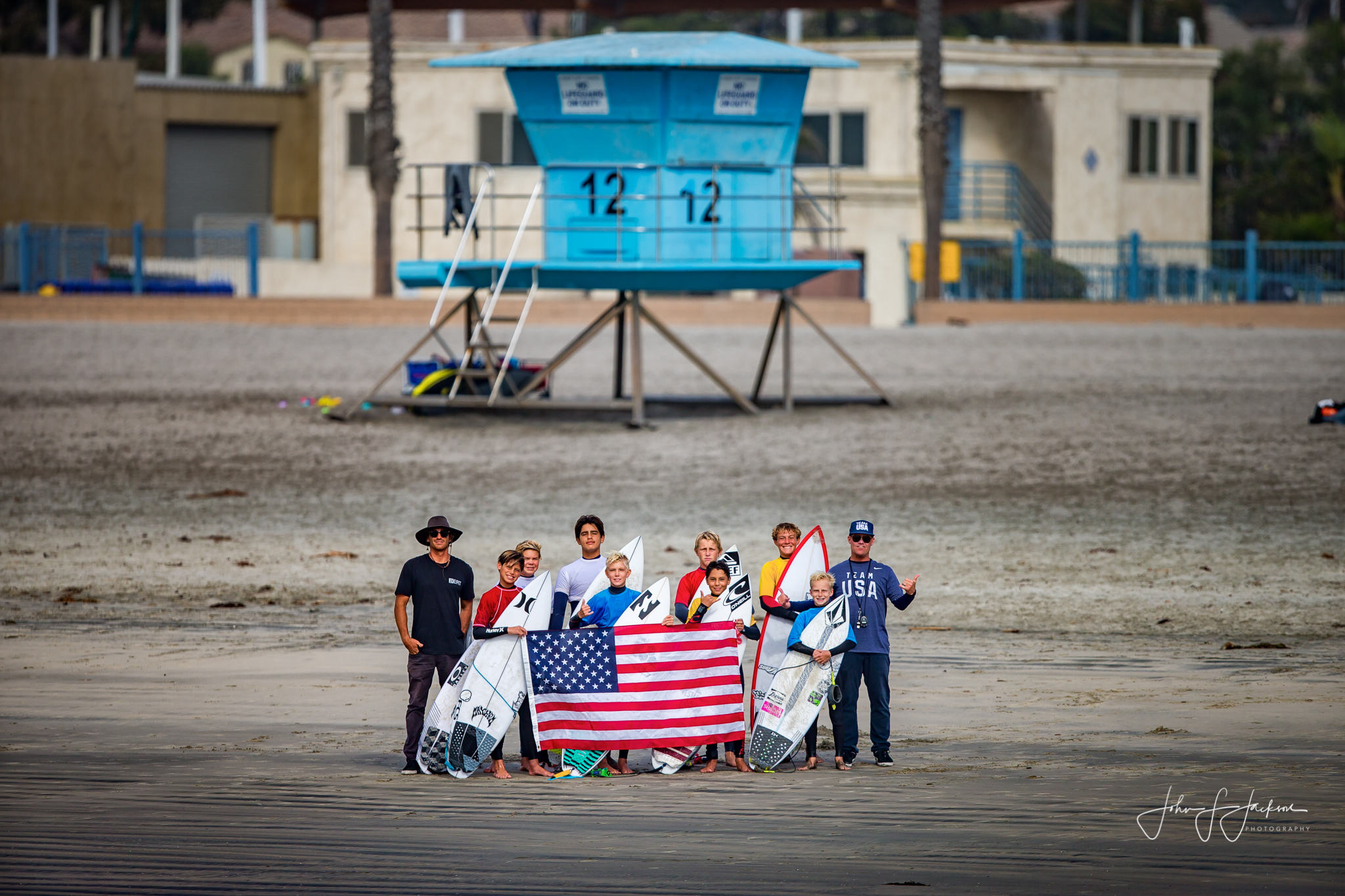 On Sept. 28, 2015, the Olympic Organizing Committee announced surfing as an officially recognized Olympic competition in the 2020 Summer Games in Tokyo, Japan.

In January, Brandon Phillips of Dana Point was declared the assistant coach for USA Surfing, the official sanctioning body of surfing for the United States Olympic Committee.

Phillips, a Salt Creek local and father of three, joins head coach Joey Buran in leading team USA toward a gold medal in what the International Olympic Committee has called, “the most exciting new sport in the Olympics in 2020.”

‘I Remember My Heroes’

Catching his first waves at Salt Creek, Phillips quickly developed an interest in a variety of alternative sports. He had a professional career as a snowboarder before working for Etnies, a board-sport footwear company, where he worked in marketing and team management.

Following his career at Etnies, Phillips opened Vert Performance in San Clemente, where he relied upon his diverse passions in surf/skate/snow as well as physical training and management to groom the next generation of board-sport athletes.

His unique experience in physical-performance training as well as athlete management affords Phillips a particular insight into the deep relationships involved in modern surfing competition.

“I remember the guys that used to take interest in the kids at Creek that really showed passion,” Phillips said. “Whatever I’ve done, wherever I’ve been, I’ve always had this drive to keep my finger on the pulse of these kids here in South Orange County.”

When a coaching hero of Phillips’, former Pipe Master Joey Buran from North County San Diego, was announced as the USA Surfing head coach in the beginning of 2017, Phillips took interest.

Phillips reached out to Buran, and after some time, was invited to join Buran and his squad for a USA Surfing training session in Oceanside where he observed Buran, further soaking in his techniques.

“It was nice because I was able to sit back and watch, and I was comfortable in my zone because I knew a large amount of the kids from competitions, and from Vert Performance,” Phillips said.

Buran, commenting on this initial meeting, said he immediately appreciated Phillips’ positive attitude and style with the kids, noting that he had a “unique” sensitivity to not just physical technique but the emotional and social complexities that surround young competitive athletes.

Earlier in January, after a series of training sessions with the USA Surfing team attended by Phillips, Buran invited Phillips to attend the first USA Surfing Prime event of the 2018 season at Steamer Lane in Santa Cruz.

On Jan. 12, Phillips’ 31st birthday, Buran and the USA Surfing staff announced that Phillips would be the new assistant coach.

“It was just so humbling,” Phillips said. “I had this vision, and it felt like it was all finally working, coming together. You hear the stories of the hard work and the long hours, and it hasn’t all been roses on this path, but I believe in this. I believe in this program.”

Phillips said he occasionally feels overwhelmed when he considers the pedigree of surfing coaches in South Orange County from which he was selected.

“Guys like Kevin Dean (of DSC Performance in San Clemente), Jim Hogan and Erik Krammer, those guys have put in so many hours,” Phillips said. “This means the world to me, and I want to be a part of what I think is best for the sport of surfing.”

Integral to what Phillips said he believes is a positive progression for the sport of surfing is the validation and resources of support the Olympic Committee provides.

“Support from the Olympic committee is absolutely next-level. To learn from, and to be surrounded by gold-winning programs and coaches, that’s going to help us become gold-winning coaches and produce gold-winning athletes,” Phillips said.

He’s also excited to participate in what he called “crossover coach-training,” and that recognition by the Olympic committee does come with a sense of validation for surfing.

Phillips said the inclusion of surfing in the Olympic Games puts the sport of surfing in an unarguable position for financial and resourceful support from local governments and community members.

“This brings credibility to everything I’ve been doing—that we’ve all been doing. These kids chose surfing, and in a way, the Olympics recognize that it was a good choice,” Phillips said.

‘We Want to Create a Dynasty’

For Phillips and Buran, there is no time to waste, as coaching the USA Surfing team requires much more than simply producing a team for the 2020 games.

“You can think of it as a ‘farm-league’ of sorts,” said Buran, when describing their positions as coaching the next generation. “The ultimate goal of the USA Surfing team is to identify and train athletes who are trending toward Olympic-caliber performance in order to win gold for the United States in the Olympic Games.”

This involves training and management assistance for these young athletes, who Phillips and Buran said they hope to shield from distraction as they train to become Olympians.

USA Surfing consists of an Under-18 team, Under-16 team and development programs for both male and female surfers. The initial focus for Phillips and Buran is on performing well at the 2019 ISA Junior Championships in Lima, Peru.

Buran and his team won gold in the World Juniors event in 2017, but in 2019, the World Juniors competition carries some extra weight. Earlier this year, the ISA confirmed that the Olympic games will consist of 40 international surfers comprised of World Surf League competitors and the remainder will qualify through the ISA Junior competitions.

To repeat gold, USA Surfing will be counting on Phillips’ technical coaching skills as well as his nuanced sensitivity in reading into the intense psychological and emotional atmosphere of competitive surfing.

“He’s got a servant’s heart,” Buran said of Phillips. “We come from similar perspectives. We both want to give these kids the true Olympic experience.”

Maybe after giving so much, the next thing Phillips can claim for himself will be a gold medal.

Learn more about USA Surfing on their website, www.surfingamerica.org. The Olympic Games in Tokyo, Japan, are set to take place from July 24 to Aug. 9, 2020. Dana Point Times will offer an update on the official Olympic surfing qualification system when information becomes available.