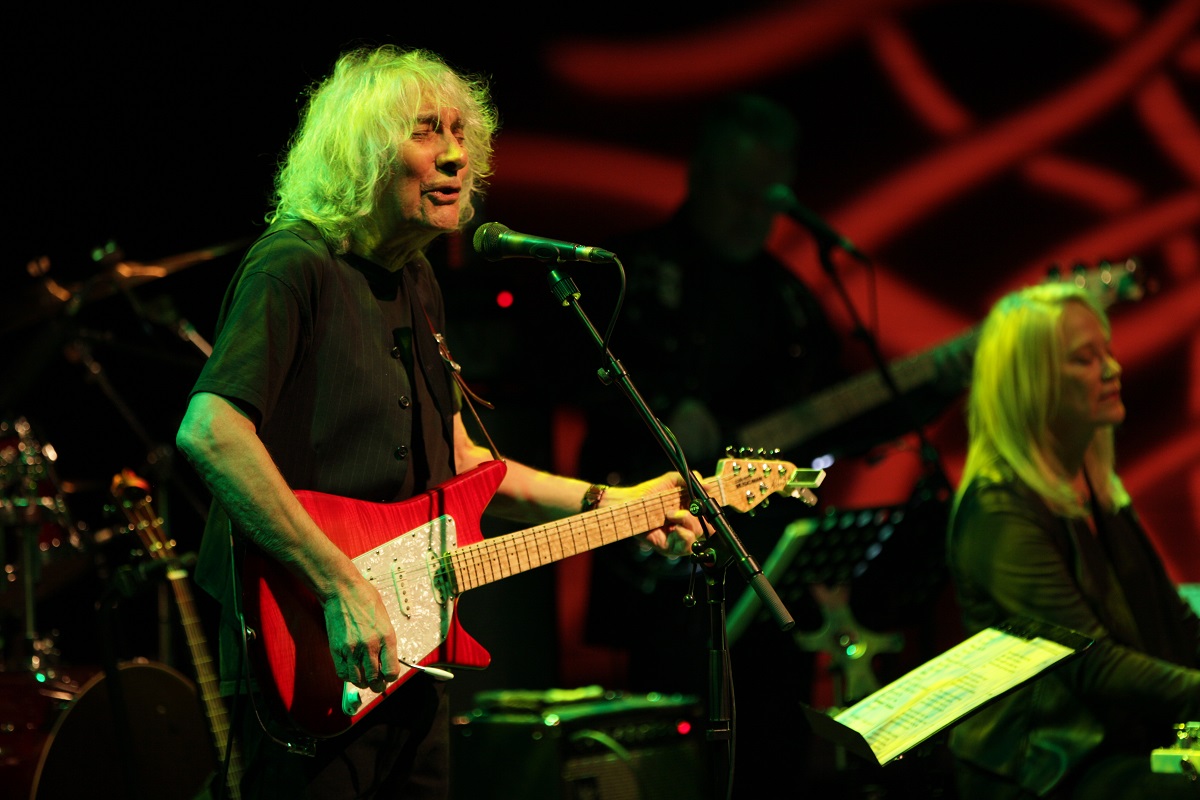 At 75 years old, Albert Lee is still one of the busiest men in the music industry.

When The Capistrano Dispatch spoke with the legendary, British-born guitar player, he had just returned to London after coming off a 24-show tour throughout Europe.

The country-music rock artist, who has jammed with the likes of The Everly Brothers and Eric Clapton, will have a relatively lax couple of weeks, though, as he’s scheduled to play only three shows in Southern California this month, including a performance at The Coach House on Sunday, April 14.

But in mid-May, he’ll be back in Europe for another spate of concerts.

“It’s a busy day; been a pretty busy couple of days,” Lee said by phone from a friend’s home in London.

The day before the call, he had been on a boat from Holland following the final show of the tour in Hengelo, Netherlands. He then drove to London, where he spent a couple of nights before flying to his home in Los Angeles.

“I’m always anxious to come home,” Lee said. “I’ve lived in California for over 30 years, and people ask me, ‘Don’t you get homesick?’ Well, not anymore, because I get to tour there three times a year . . . but, you know, California is home.”

Since turning 75 this past December, Lee is treating all of his shows this year as a celebration.

As a world-renowned guitar player, Lee certainly has a lot to celebrate. Throughout his lifetime, he’s performed alongside several musicians and has received considerable praise from Clapton, who is a legend in his own right.

One highlight of Lee’s career was getting to play with The Crickets, which had been led for a time by famed musician Buddy Holly, who died in 1959.

Because he was a big fan, Lee was elated for the opportunity to tour and record with The Crickets in 1973. That year, the band put out Remnants, and the following year, they recorded the album A Long Way from Lubbock.

“Well, I thought I was just going to do one show with them,” Lee said. “Well, they seemed to enjoy my playing so much, they asked me to go on tour.” He later noted, “I just love those guys. I get to hang out with them when I can.”

“It was something I thought about (doing) for some time,” he said.

Because he tours a lot in Europe, Lee said he wanted to have a “big box of these Buddy Holly songs” to bring to the shows there. When he plays at The Coach House, he said fans can expect to also hear some of his renditions of the Buddy Holly and The Crickets songs.

During the show, concertgoers can also expect to see Lee perform from the piano, as his musical prowess stretches beyond the guitar. Though he’s become more known as a guitar player, he said his first instrument was the piano, which he still cherishes.

“If I go into a room and there’s a guitar on the couch and a piano, I usually sit down at the piano; it’s always something that intrigues me and inspires me,” he said. “I wish I worked harder at it in the beginning, but, obviously I’ve become more accomplished with the guitar; that’s been the main instrument, but I’m still fascinated with the piano.”

In comparing his shows in Europe to the ones in the U.S., Lee said the performances are a bit different, primarily because he uses two bands.

“Yeah, I have two bands; I have a U.S. band in LA and a bunch of young guys here in London. So, it’s the same kind of lineup, but it takes up a different feel,” he said. “The guys in LA are very experienced . . . but the young guys in London have a lot of enthusiasm and give a different feel than what I’m used to. I enjoy doing both, really.”

Tickets to see Lee at The Coach House are $20 for general admission. Doors open at 5 p.m., with the show scheduled to start at 7 p.m. on Sunday, April. 14.