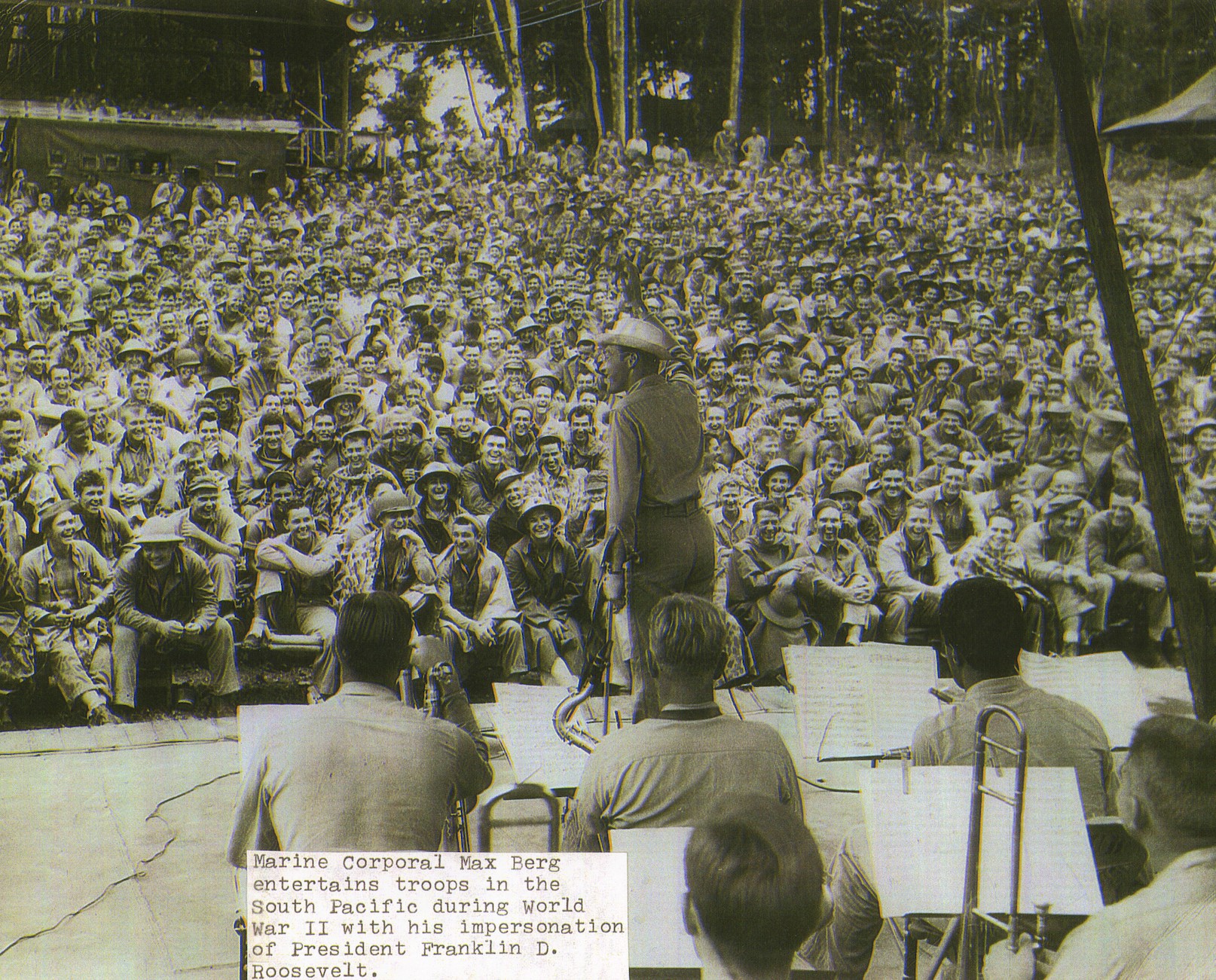 That trademark ear-to-ear smile and a thumbs up remained on Max Berg’s face until the day he died. It’s what many people who knew him said.

Max was a 35-year city clerk for San Clemente who died on Sept. 4 from health complications. The city named a park after him, the Max Berg Plaza Park, in 1985.

He is survived by his daughters Linda Weigel, Sherry Murphy, Debbie Berg-Swaton and his son Barry Berg.

Most people who spoke about him said Max was a character of integrity who embraced many people.

“He treated the world as his stage,” Barry said. “No matter who you were, you were as good as any audience member and you felt like that actor (Max) was talking directly to you. If you were a hunter or someone trying to get or a camper checking into Shaver Lake or a community member, he always had that very engaging persona and it was sincere.” —Barry Berg, son of Max Berg.

Berg grew up in Nebraska but would eventually be stationed at Camp Pendleton in the U.S. Marine Corps. Berg was always part of theater productions in school and became known for his humor and wit. During World War II, he performed for troops on occupied Japanese islands. Most of his act encompassed impressions of notable people and satire. A photo of him from the wartime shows him performing in front of hundreds of people in the service.

“Even through tough times, he was just a very humorous guy,” Debbie said.

In 1946, Max met his wife, Helen, whose family had lived in San Clemente since 1935. Although he worked at Westcoast Theaters as the assistant manager at the Gateway Theater in Glendale after his military service, he returned to San Clemente in 1948 and subsequently worked for the city as a reserve police officer in 1950.

In 1956, Max would find his true professional calling. He was elected city clerk in 1956 and was reappointed eight consecutive times for four-year terms. He retired in 1985.

According to information provided by his family, he attended more than 1,000 City Council meetings and worked with 41 different council members and seven different city managers.

He was known as “Mr. San Clemente” or “Mr. Information.”

“He’s always been a people person and extremely detail-oriented,” Sherry said. “He was a detailed painter and dressed meticulously.”

Sherry said after she took another job after working for the city of San Clemente for more than 20 years, Max was there to walk her out the door one last time. She said his longevity of civil service with the city will be a large part of his legacy.

From People Who Knew Max

Sherry said the biggest success of Max’s life was his ability to have an approachable attitude toward everyone—from people who came to the clerk’s office to apply for a business license or records request to canvassing ballots during elections.

“He would always be neutral in the political area and made people feel comfortable,” Sherry said.

Debbie recalled her father’s humor as a way to connect with people as well as a way to diffuse tense situations. She recalled one story where a group of women were meeting and he put on a wig and women’s clothing in order to attend. Another time when it rained and puddles had formed near City Hall, Max went to get a group of plastic ducks and pretended to hunt them from the bushes.

Barry Berg, Max’s son, also remembered the light-hearted nature of his father, especially his trademark “thumbs up” to let everyone know he was doing alright.

In his retirement, Max worked as a park ranger for 22 years at Camp Edison at Shaver Lake in the western Sierra Nevada Mountains.

“He treated the world as his stage,” Barry said. “No matter who you were, you were as good as any audience member and you felt like that actor (Max) was talking directly to you. If you were a hunter or someone checking into Shaver Lake or a community member, he always had that very engaging persona and it was sincere.”

Max was an avid bird hunter and advocate for wildlife conservation.

“He wasn’t just an actor in terms of playing a role; he played himself well,” Barry said. “I’ve been thinking about how he treated the world and how he engaged people, and that was his success.”

Lois Divel, a friend of Max’s, said she has known Max since 1947 through his wife with whom she attended grammar school. Although she said she mostly knew him tangentially, she said he was one of her favorite people.

“When I came to work for the city in 1969, he swore me in, as a city employee,” Dahl said. “He was a friend of our family’s, and my father used to go dove hunting with him on Reeves Ranch back in the early 60s. He was a great city clerk and a great family friend.”

Councilwoman Lori Donchak said she met Max later on in his life after his tenure as city clerk.

“People who are public servants are held to very high standards and he passed that bar over and over in terms of his contributions to the city—being Citizen of the Year, his involvements in education,” Donchak said. “Everywhere you look, he made a difference in the city. His proudest accomplishments were in is his family, and he has a signature twinkle in his eye and nothing could bring that twinkle brighter than when he talked about his family. He was a great role model.”

Susie Smith, a friend of Max, said she had known him since about 1970. She said Linda, Max’s daughter, baby-sat her children over the years.

“I would say he was a positive force in San Clemente,” Smith said. “He was always positive as a city official and resident and a friend to everyone. He loved people and radiated love and respect for people and I never heard him speak poorly of anyone.”

Smith said she attended both of his last hallmark birthdays.

“I have a framed newspaper article of his 85th, which I’ll keep forever,” Smith said. “He just always had a smile and greeted everyone like they were his long-lost friend.”

A celebration of life for Max Berg will be held from 2 p.m. to 4 p.m. on Sunday, Oct. 18 at Max Berg Plaza Park, 1100 Calle Puente in San Clemente. For more information contact srmurphy59@gmail.com. In lieu of flowers, people can donate to the San Clemente Historical Society, www.sanclementehistoricalsociety.org or to Desert Wildlife Unlimited, www.desertwildlifeunlimited.org.