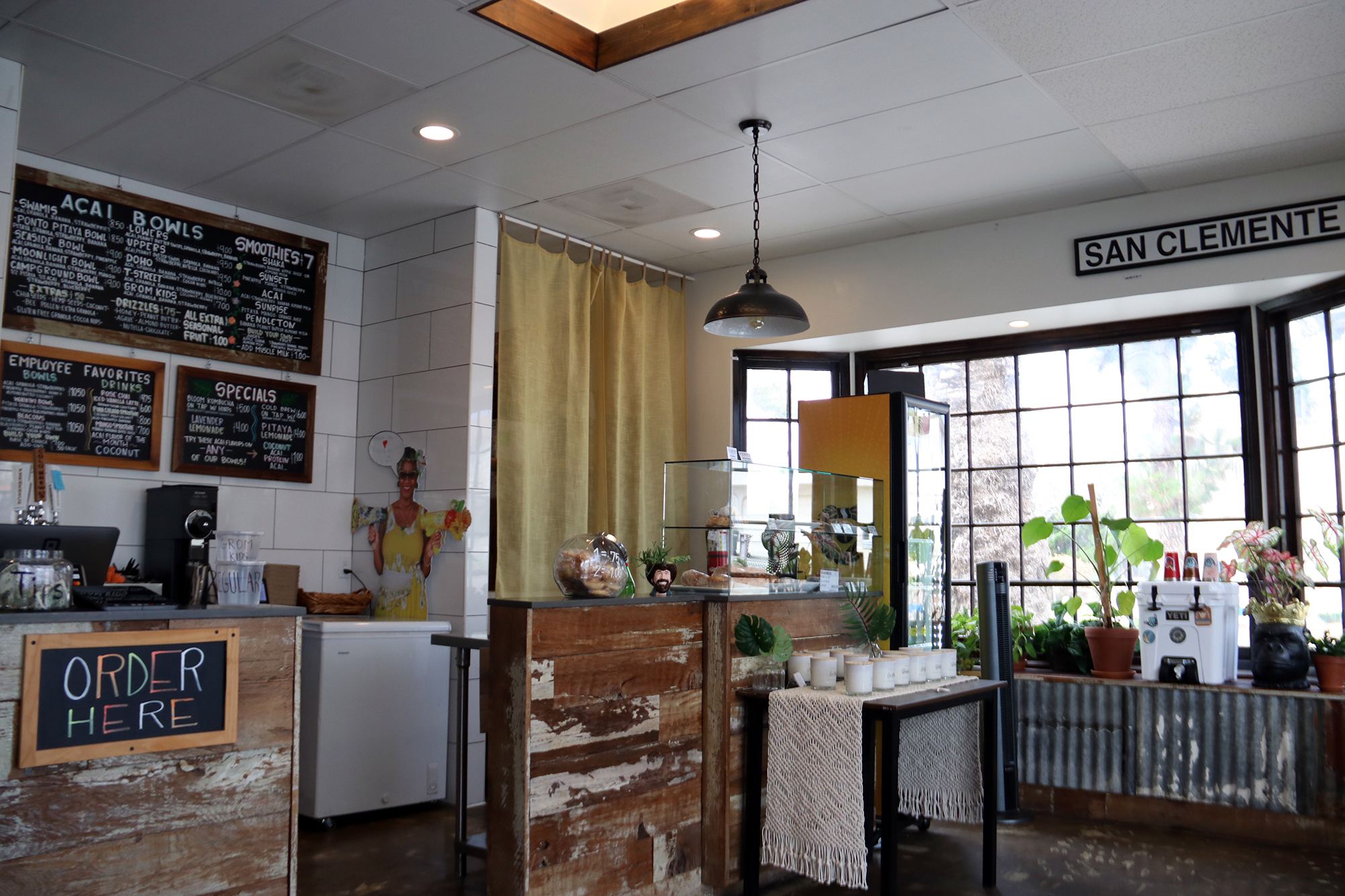 Since 2016, Alohana Acai Bowls has endured a story full of colorful twists and turns to grow to a popular business with numerous locations, including one in Capistrano Beach that opened in April.

Robert O’Quinn found himself slinging acai bowls after years in the surf and outdoor industries, sparked by a responsibility at a fateful trade show that saw him handling a food truck.

He spoke with others who were in the business and thought it would be a good idea to open one of his own, so he conceptualized a menu that would be green, healthy, and consistent with his “surfer vibe.”

O’Quinn said the first event he did with his truck happened to be at a similar trade show, and even then, the operation was a side hustle to him.

“It was just me trying to make some extra money and it started working out, I was doing okay, and I was happy,” he said. “I thought, well, either I need to keep going with this or I just need to let it be a food truck and move on with my life.”

In the beginning stages, O’Quinn was influenced by The Ramen Café, a restaurant with a storefront in Old Town San Clemente where his first brick-and-mortar location would eventually open.

He saw that his children and many other people were talking about it. The ramen restaurant’s success validated his belief that people would find good products wherever they existed.

“I went over there to get ramen with my wife and I was like, ‘Wow, maybe this is where I need to be,’ and I talked to the landlord and next thing you know, I’ve got a store in there,” said O’Quinn.

His first store, then known as Aloha Acai Bowls, opened in December 2019, and with the contributions of a San Diego-based partner, Aloha expanded to Carlsbad in 2021.

Along the way, a legal threat forced their hands in changing the business’ name that was born out of a collaboration between O’Quinn, his partner Pete McAfee, and other friends during a surf trip in Mexico. The trip had helped identify a name to match the restaurant’s good vibes, but before long, they learned a New York City-based business called Juice Generation owned a trademark on “Aloha.”

O’Quinn said his group initially tried to work with Juice Generation, but to no avail. They turned to a trademark attorney for help, who initially said they could easily win the case, before discovering a new, much larger obstacle.

“It turns out that Juice Generation, one of the partners (for) the money behind it is Salma Hayek, the actress,” said O’Quinn, before noting that her husband, Francois Pinault, is one of the wealthiest people in the world. “So, the trademark attorney is like, ‘You’re never going to win this.’”

With that, his group turned to search for a new name. McAfee found “Alohana,” the name of an annual Hawaiian-themed event in Palm Springs, while on a family trip to the town, and the festival cleared them to use the title.

O’Quinn was happy with the results, and said that he thought it added more substance than before in that it combined a greeting, or “aloha,” and a feeling of family in “ohana.”

“We were pretty stoked,” he said. “I think it fits us really well, and it fits our vibe and who we are, and so when we did that it was it was kind of an easy transition.”

O’Quinn’s wife informed him that The Fuel Shack, which previously occupied the Capistrano Beach location, was closing, and O’Quinn reached out soon afterward.

With the restaurant’s equipment still inside, it was a perfect storm that allowed him to move in and pick right up where The Fuel Shack left off.

He said that it has been “awesome” to be a part of the San Clemente community that has provided significant support to Alohana.

Many local teenagers and college-aged people work at O’Quinn’s stores, and there have been several instances of the high school track team and other people in that either O’Quinn, his wife Lucy, his son Charlie, or his daughter Ella—who all work at Alohana—know. It has all added to the business’ great energy and atmosphere, a part of his modus operandi.

O’Quinn said he hopes Alohana and its staff put smiles on people’s faces and share good vibes. He has heard from many about the way his staff has impacted the community in such a positive way, which he attributes to the significant effort they all exert.

“I want everyone to feel welcome and loved in our store, and (for us to) just give that great energy, share it and let (people) take it out in their day and just keep spreading it,” he finished.