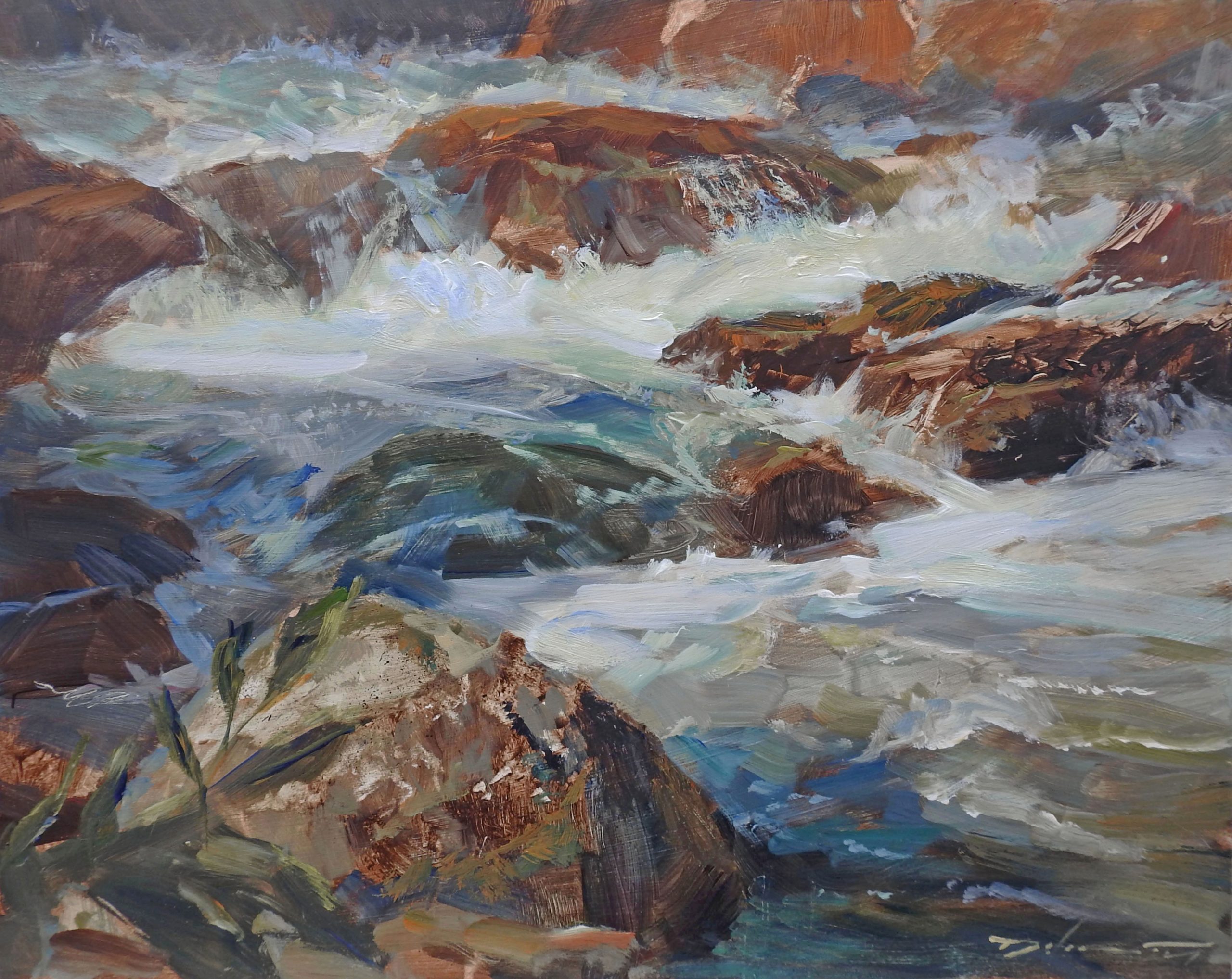 The National Oil and Acrylic Painters Society has selected the work of San Clemente fine artist Rick Delanty for its 30th annual exhibition at a Florida gallery this fall.

During the summer, the Painters Society published a nationwide call to artists working in either oil or acrylic mediums to submit works to its jury for selection and consideration, according to a press release from Delanty. Delanty’s painting “Sashay!” was one of 150 selected for the show, out of 1,168 submissions.

“The subject matter for painting was up to each of the individual artists,” Delanty said in the release. “Since I prefer movement and texture in my work, I chose the way water is moving around rocks in a Sedona stream.”

Delanty titled his painting “Sashay!” after a back-and-forth swaying movement employed in modeling and dance.

“I set up the composition according to that same back-and-forth movement, with as much energy in every brush and knife stroke that I could apply,” Delanty said of his technique. “I’m honored that the Society has included my work in this exhibition, whose stated goal is to present the best of representational painting in the oil and acrylic mediums.”

Police Searching for Man Suspected of Pointing Handgun at Child