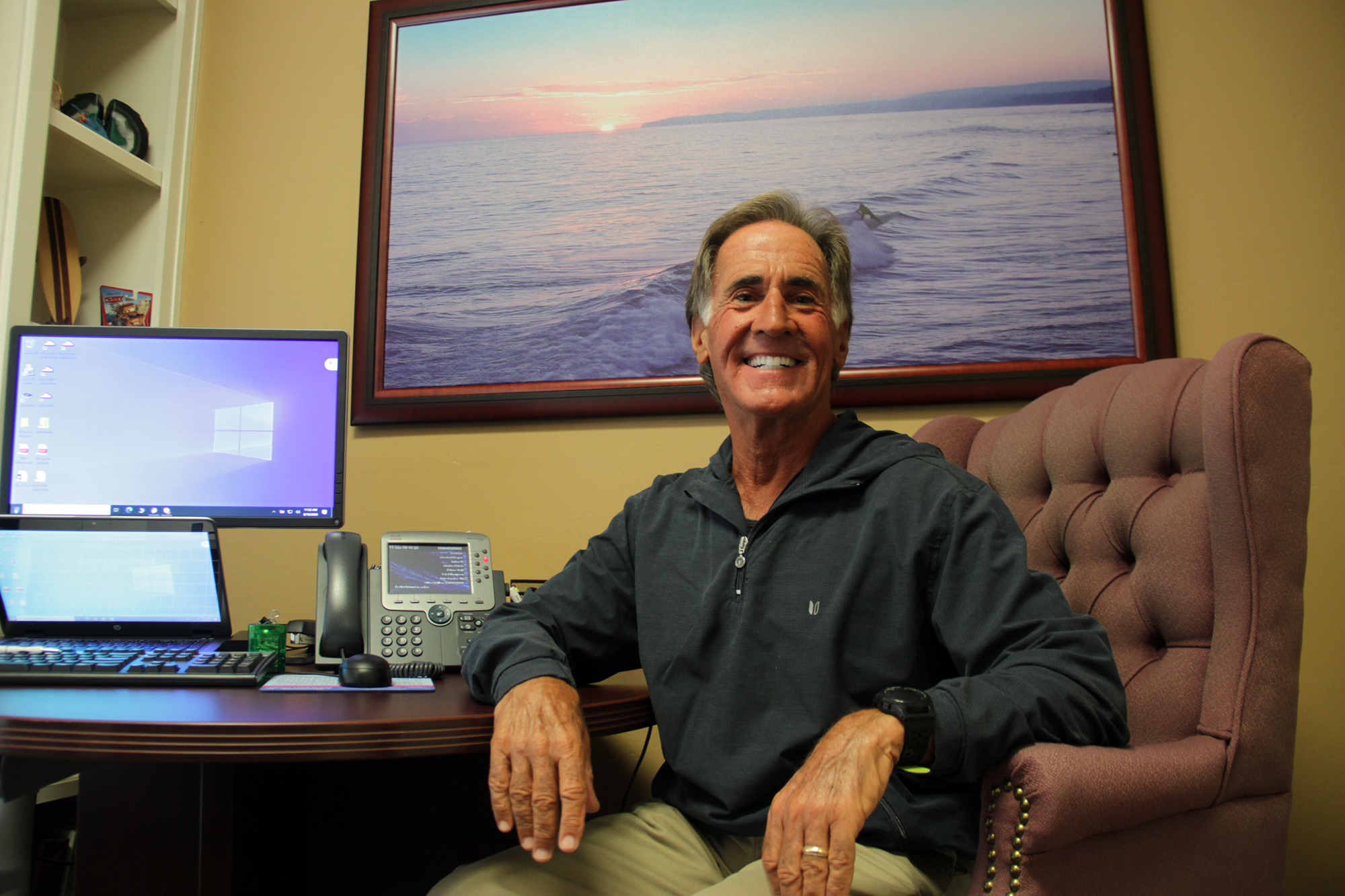 When Chris Dolkas first came to San Clemente in 1979, he was at a crossroads in his career and education path. He had been attending law school at night, and during the day was working, handling insurance cases.

“I was in law school at the time, but I wasn’t enjoying it,” Dolkas said, adding: “I didn’t know if I was going to finish law school.”

Dolkas and his wife, Tricia, had decided to move to town after meeting with a gentleman his brother had introduced him to, a man who had hoped to convince Dolkas to open his own agency. It worked, as the following year, Dolkas put his law degree on hold to open his own State Farm Insurance office.

Fast-forward 40 years, and Dolkas never needed to go back to law school, as he’s still running his own office, providing the South County community with home, auto, property and life insurance.

Over the past four decades, Dolkas and his wife have raised five children in San Clemente. Through his local business, Dolkas has continuously supported the area’s schools and sporting programs.

“My wife and I have five kids, and we were able to be really involved in every level of the public schools with each of our kids and same with the sports,” Dolkas said. “I’ve coached every sport there is.”

Dolkas admits that his company’s support of the local athletic programs with San Clemente High School and the Boys and Girls Club of South Coast Area had two purposes.

“It’s all been under the guise of, one, being a parent and, two, being a business owner,” he said. “So, selfishly, it’s been neat to spend time with my kids and their friends but also to support their teams.”

Dolkas said it was also important that his business be one that provides services to the community, noting that he and his wife have been partners with the local education system to offer stationery goods and supplies to classrooms.

“When my wife and I look back at how this has gone, the partnership with schools has just been amazing,” Dolkas said, reflecting on “how welcoming the education system is in San Clemente to the business community. It initially started out with them just needing supplies, but really it’s grown into a partnership.”

When asked what sort of advice Dolkas, as a business owner for 40 years, would give to new or prospective business owners in San Clemente, he said networking and community service are two key ways to stay successful.

“Make sure that you can network really well with the right people and that you give back to the community a lot,” he said. “Understand that it’s a marathon and not a sprint.”

“I do talk to a lot of new business owners . . .  I always tell them to support the local newspaper, the schools, and keep promoting this small-town atmosphere,” Dolkas said. “Even though we’ve quadruped (in population), it still feels like a small town.”