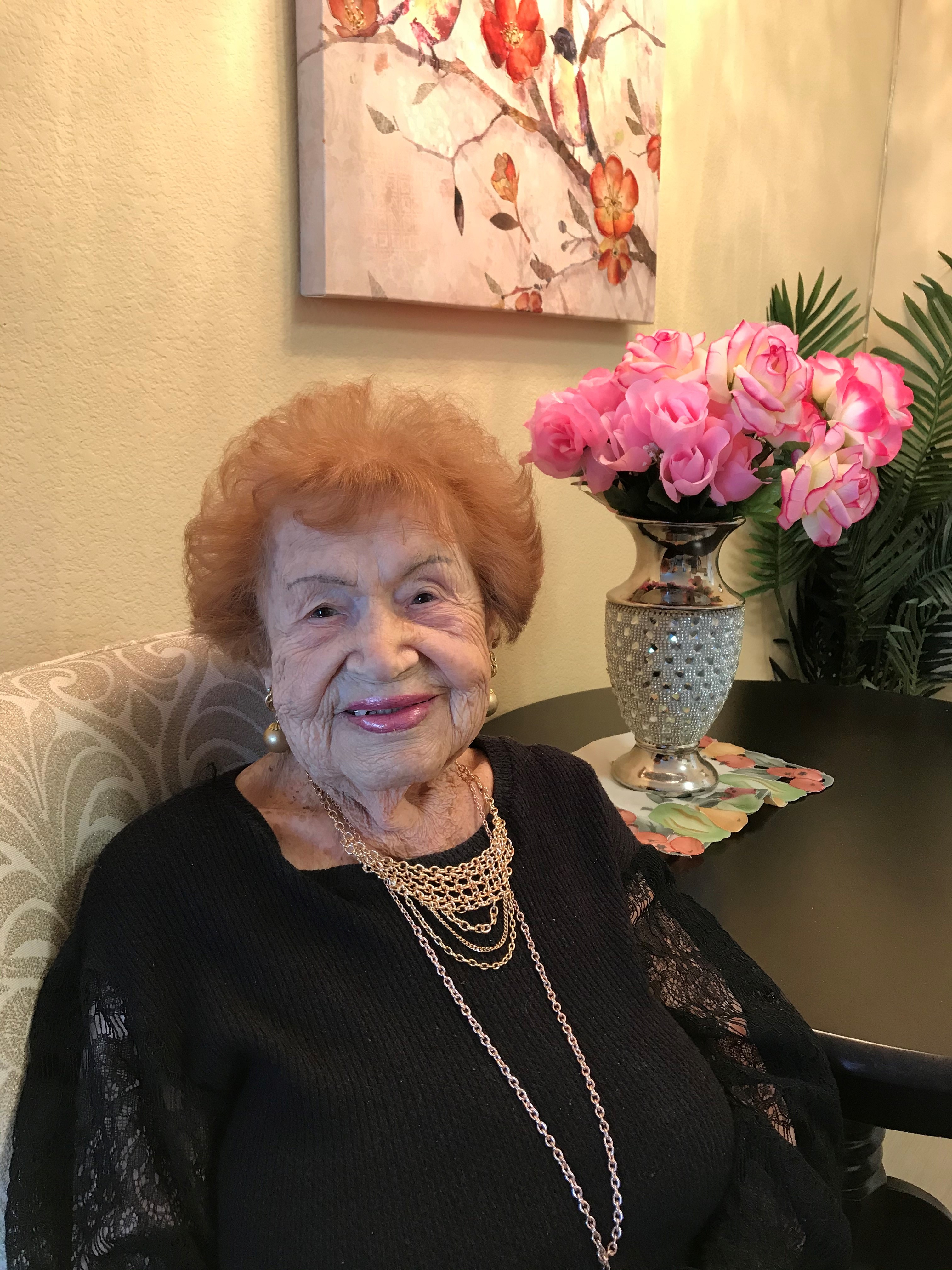 Lenora Spiegel has seen her fair share of history over the past 100 years. One day in particular that has stuck with her this past century was when her mother took her to a bank on Oct. 29, 1929.

“That was when everybody lost their money,” Spiegel said of the start of the Great Depression. “It was a sad day. . . . I still dream about it.”

Reflecting on her time growing up through that dark era of American history, Spiegel, the eldest of eight children, remembers having to drink coffee because her family couldn’t afford to buy milk.

“We were poor, but we became poorer,” she said.

Those days are long behind her, though, as she has lived a life full of cherished memories. On Friday, Jan. 10, Spiegel, a resident of San Clemente Villas by the Sea, will celebrate her 100th birthday, becoming a local centenarian.

For Spiegel, her fondest memory was being married to the love her life, Jake Spiegel, for nearly 80 years. Together, they had two children, who gave them three grandchildren and two great-grandchildren.

“I had the most wonderful husband in the world,” Spiegel said, gushing about Jake, whom she met in 1936. The exact location of their first rendezvous, however, has been up for debate for decades.

“There’s been an argument about that all our lives,” she said. “I say we met at a Dodgers baseball game; he says we met at a dance. . . . There’s a discrepancy, but the wife is always right.”

For work, Lenora worked at an accounting firm Jake owned, doing a lot of the clerical work, such as filling out and filing forms for the IRS.

And for 65 years, the couple lived in their San Fernando Valley home until Jake died in February 2017, just shy of becoming a centenarian himself. After her husband’s passing, Spiegel moved to San Clemente to be closer to her granddaughter, Caryn Schultz.

“She’s a hoot, and for years people have called her amazing,” Schultz said of her grandmother, adding: “She’s super-healthy, and that’s the key. So lucky; no pain, nothing major wrong with her. If we could all be so lucky.”

When asked what her secret was for living such a long and healthy life, Spiegel, who’s known for her wit and quick quips, gave a very deadpan response.

“Don’t see the doctors,” she said facetiously, later adding: “I’m really, really fun, and everyone can’t get over me.”

“I love the jitterbug; I was the jitterbug queen. Jake was really good at the jitterbug,” said Spiegel, who also fawned over the legendary crooner. “Oh, I love Frank Sinatra,” she said

To really give Spiegel a celebration worthy of a centenarian, the family has arranged for a Frank Sinatra impersonator to perform at the party, which will be held at a clubhouse in the Cyprus Shore community on Saturday, Jan. 11.