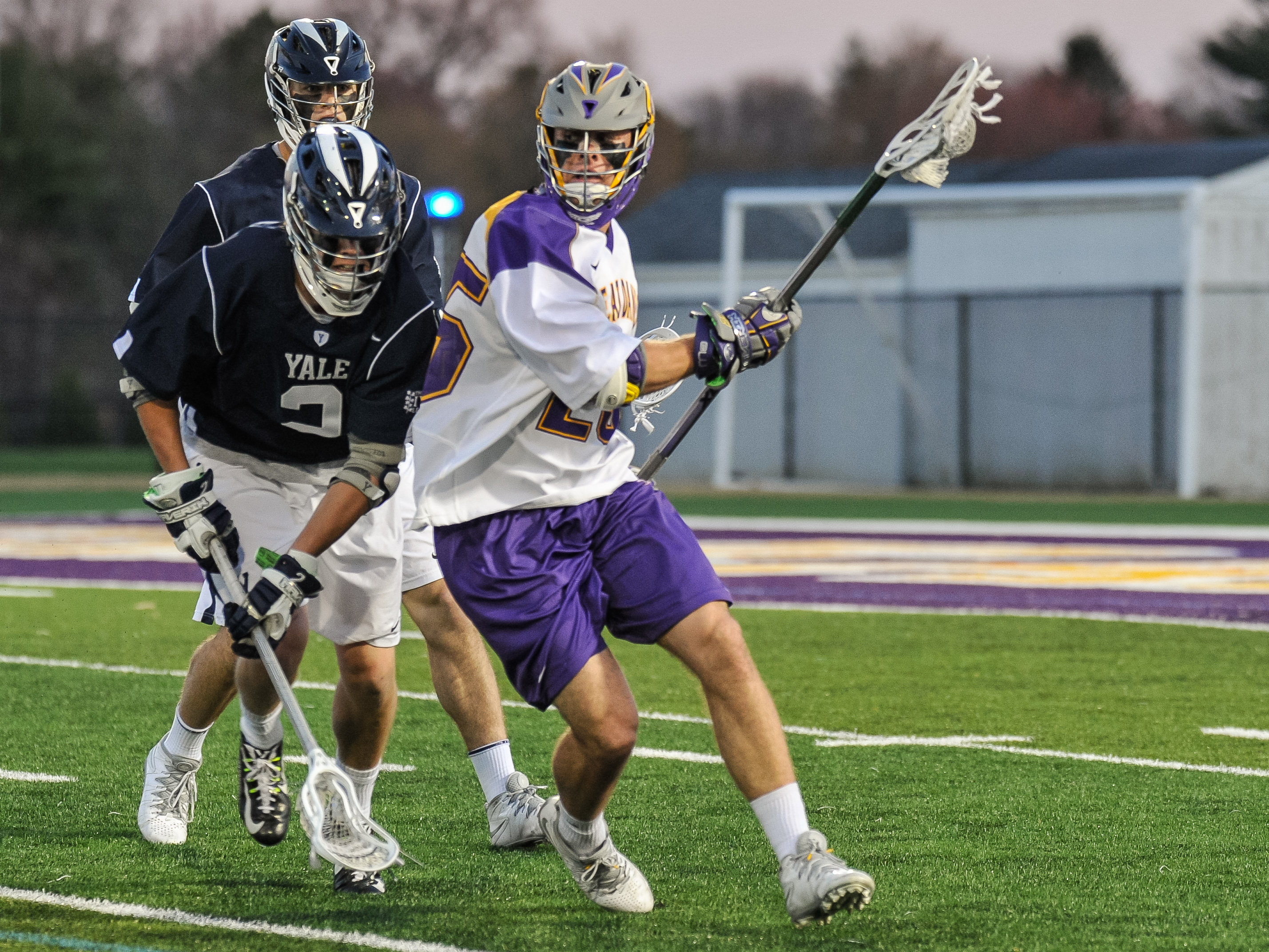 Several Orange County natives will be in action this weekend as part of the 2015 NCAA Men’s Division 1 Lacrosse playoffs. San Clemente will be well represented as former Tritons Stone Sims and Peyton Garrett will play for Albany University and High Point University, respectively.

Sims, a freshman defender, has had a breakout season with Albany, despite breaking his foot in the fall. Sims jumped back into playing mode during the winter and had to fight to earn a starting job on the Albany defense.

He went on to start in 10 games for the America East champion Great Danes (15-1, 6-0 conference), collecting 26 ground balls, forcing 11 turnovers and winning just over 35 percent of his faceoff attempts. Sims was recently named to the All-America East All-Rookie Team as well as the All-America East Second Team.

“I didn’t expect to play this much … I had to fight. I definitely had to fight for it,” Sims said of winning a starting job.

The No. 6 Great Danes will travel to face No. 8 Cornell on May 9. The Big Red handed Albany their first loss of the year back on Feb. 28 and Sims is looking forward to the rematch on the big stage.

“We didn’t play our game last time. We had a good amount of time to really start working as a team. So we’re just going to go out and play Albany lacrosse … we like to play a pretty fast-paced game, move the ball around,” Sims said.

High Point University won the Southern Conference and will appear in the NCAA playoffs for the first time in school history. The Panthers (10-6) have only been in Division 1 for three seasons. Garrett, a freshman attack, has made eight appearances and scored two goals and one assist. The Panthers, who are riding a four-game winning streak, were set to play No. 17 Towson on May 6. The winner will advance to play No.1 overall seed Notre Dame on May 9.