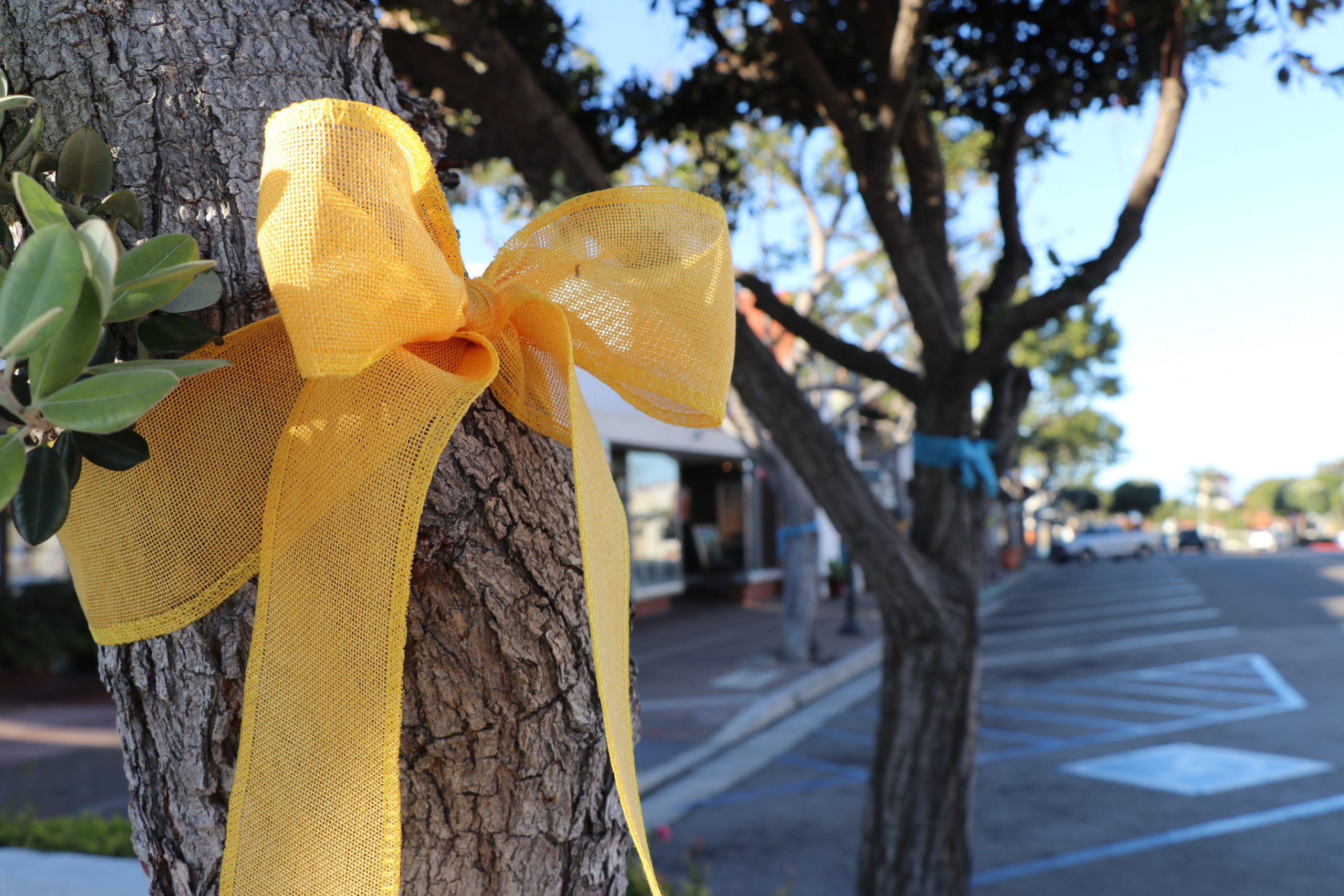 Even while thousands of miles and an entire ocean away, members of the San Clemente community are showing support for those still in Ukraine and the millions who have been displaced.

While blue and yellow are the colors of the Ukrainian flag, they also represented the vast sky and wheat fields, respectively, that span the Eastern European country.

Rotarians have painfully watched from the other side of the world as approximately 3.5 million people have fled since the beginning of the Russian invasion of Ukraine, SC Sunrise Rotary President Sally Guon explained. They knew that they would have to find a way to support the Ukrainian people as part of their cause to promote peace.

“While they have a need for just the basic necessities, water, food, shelter, medicine—those types of things—we just wanted to take a stand with Ukraine and, in solidarity, stand with its people,” Guon said.

After Sunrise Rotary reached out to other local Rotary branches, the groups quickly agreed to the ribbon concept. The next step was getting the city on board.

They first contacted San Clemente Mayor Gene James for his approval, and their project was sent on to Erik Sund, city manager, and the city’s arborist, to review the environmentally friendly jute ribbons that the clubs planned to use, and all parties approved.

The agreement between the clubs and the city stipulated that the ribbons will remain visible for 60 days, with the clubs responsible for maintenance three times per week, before the city reevaluates whether to allow another 60-day period.

Guon said she felt strongly that San Clemente officials were supportive of the community coming together for such a cause.

The clubs met at 7:45 a.m. on Saturday at Café Calypso to fuel up for the day and learn how to tie a bow with the ribbons. They started at the intersection of El Camino Real and Del Mar, going down the Del Mar business section for a few hours.

During the process, people walking along the sidewalk interacted with the club members, asking questions and showing gratitude for what the clubs were doing.

Interact Club President Luisa Rios said being a part of the effort meant a lot to her, as she was doing everything she could to better the situation.

Guon called the experience “refreshing,” as her favorite moments of the day included talking with community members and taking in how the tied ribbons looked once the clubs had finished.

Mayor James also made an appearance at the event.

“It was my pleasure to meet with high school students who are part of Rotary’s Interact who were spending their Saturday morning posting Ukraine’s national colors on the trees on Avenida Del Mar in an amazing show of support for the suffering people of Ukraine,” James said of the event in an email to San Clemente Times. “President Sally Guon of San Clemente Morning Rotary organized an amazing event with these very impressive Interact members while role modeling incredible leadership to these future leaders of our city.”

Guon added that they spoke to passersby about Rotary International’s Disaster Response Fund, which is the larger initiative to support Ukrainians by providing basic necessities through donations. With peace as a frontline cause for Rotaries, it is important to help those who are victims of circumstance through no fault of their own, according to Guon.

“These people are displaced, and they need our help” she said. “(The fund) allows for an avenue to know exactly where your donation will be going to and with the guarantee that 100% of your donation goes to the frontline or refugees.”

Del Mar businesses will also be participating to support the cause. By shopping on April 9 and mentioning the Rotary Disaster Relief Fund, select businesses will share a percentage of their proceeds with the Rotary Foundation’s fund.

“Partnering with Rotary Clubs in the Ukraine and on its borders, The Rotary Foundation Disaster Relief Fund assures that every donated dollar has the most purposeful impact to help those in need directly affected by this crisis,” Guon wrote in an email to SC Times.

The SCHS Interact Club is also working to develop an additional fundraiser, which might include a bake sale.

Contributions made to the Disaster Response Fund by April 30 will qualify for use in Ukrainian support efforts.