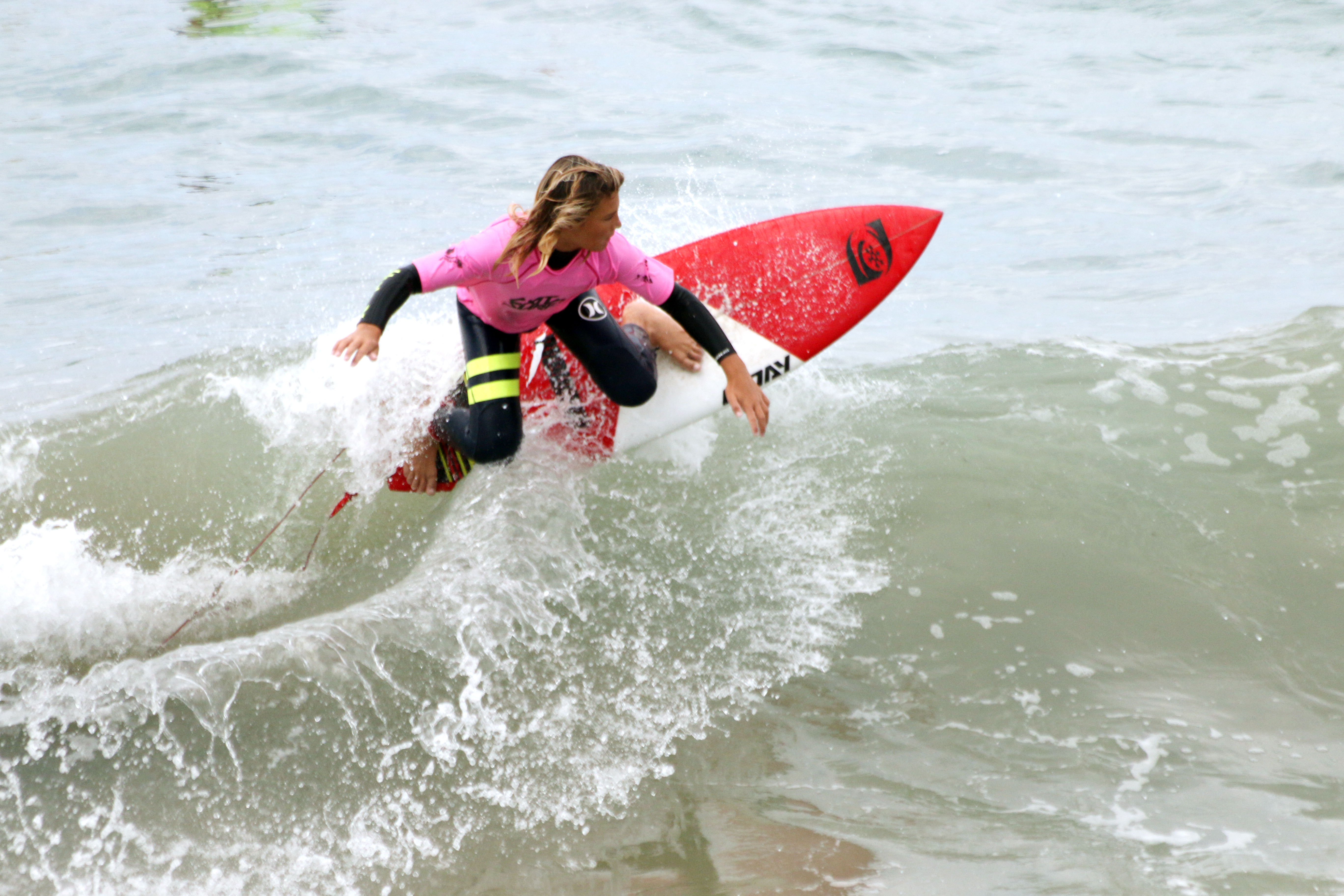 Tri-city area surfers are making the most out of this year’s early, and very busy, contest season

With two under-18 events and the 28th Annual Southern California Japanese Surf Contest in San Clemente surfing fans had plenty of action to watch and plenty of locals to cheer on last weekend.

Small 1- to 3-foot surf at Church Beach Saturday set the stage for the younger three of five divisions to strut their stuff at Surfing America Prime event No. 2.

Originally scheduled as a two-area event, the weakening swell failed to deliver waves sufficient for two separate competition zones, prompting event organizers to postpone the Boys U18 and Girls U18 divisions to Prime event No. 3 in December at Salt Creek.

The three younger divisions, Boys U14, Boys U16 and Girls U16 delivered plenty of high performance surfing as the small surf was surprisingly rippable and got better throughout the afternoon.

San Clemente-based surfers claimed five of the 12 possible finalist spots. Samantha Sibley and Kirra Pinkerton came in second and fourth in Girls U16, respectively, Pinkerton surfing well all day despite having lost a patch of skin to the rocks in a pre-contest practice session. Kade Matson and Taj Lindblad battled in Boys U14. With Lindblad in the lead throughout the heat, Matson pulled ahead with a last-minute buzzer beater for the win, 12.40 to 11.64. Matson also earned the runner-up spot in Boys U16.

The event is held on day one of a two-day permit at Church Beach shared by the annual Southern California Japanese Surf Contest. Kei Kobayashi pulled out all the stops, using his home field advantage to take the pro division win at the 28th annual event on Sunday in what he called “super fun” waves.

Another 28th annual event, the San Clemente Seafest, was happening this weekend, one of its highlights being the traditional grom and family surf contest at the pier. Local winners at Seafest included Brayden Burch, Nathan Carabba, Hagan Johnson, Nathan Stacy, Pinkerton and Matson.

The day started out windy, making the surf look “about as terrible as it gets,” Wynne said. “The wind ended up laying down to a whisper and the surf got really fun. Everyone seemed to have a really good time and there was a great vibe to the contest. The event ended up being a huge success. We sold out all but six spots prior to contest day and had waiting lists for just about every division.”