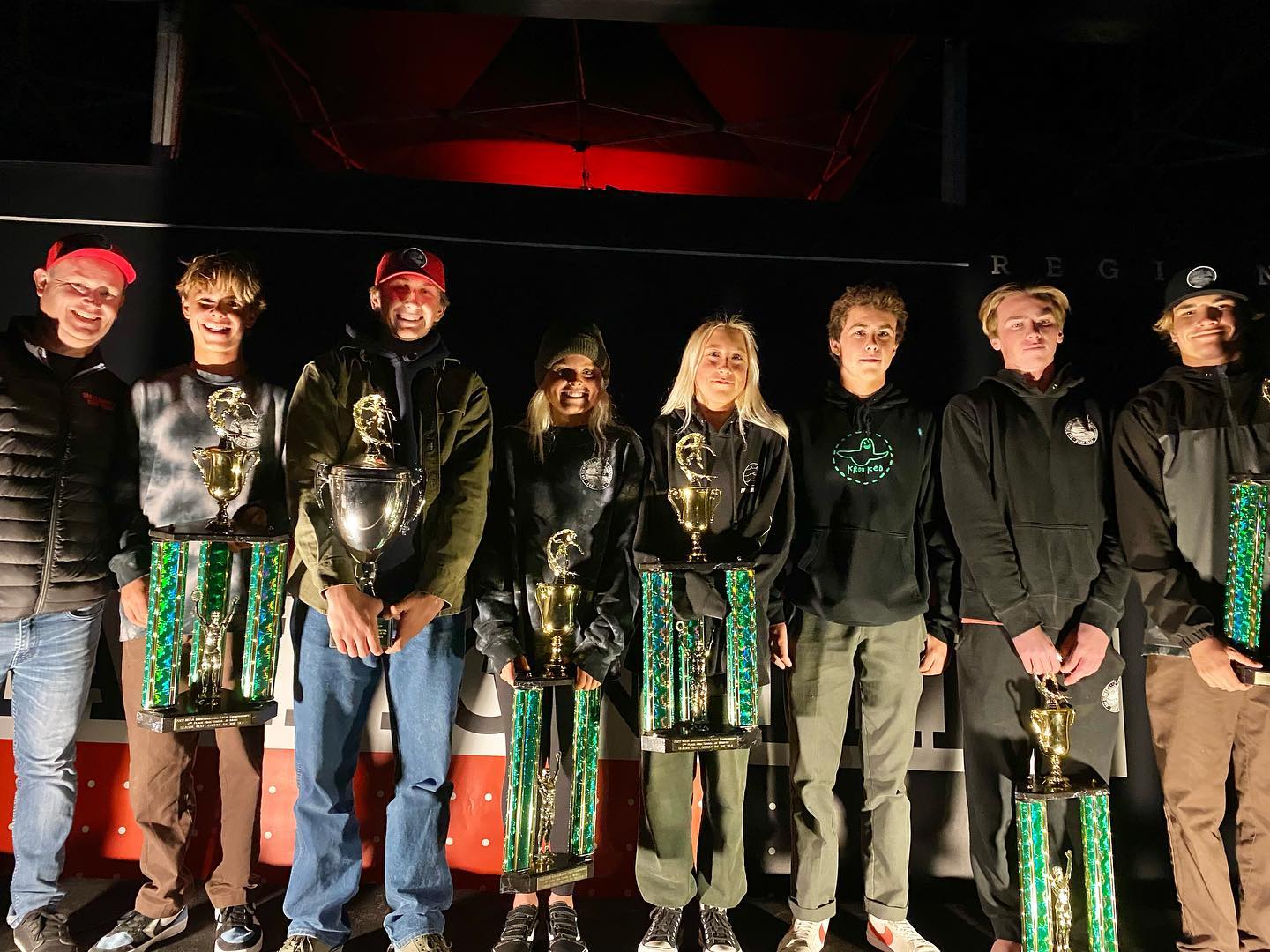 From Griffin Colapinto conquering the MEO Pro Portugal to a flurry of NSSA state titles, it’s been a busy week for area shredders

From the groms to the pros, it’s been a big week of surfing for our local watermen and women. Taking it from the top, San Clemente’s Griffin Colapinto just bagged his first WSL Championship Tour victory of his career.

In the quarterfinals, he squared off against longtime friend Kolohe Andino and notched a perfect 10-point ride in the process, courtesy of a huge, full-rotational backside air. In the semis, he defeated two-time world champ John John Florence before eventually besting Toledo in the final.

After a lackluster start to his 2022 campaign in Hawaii, in which he finished 17th at both Pipeline and Sunset Beach, Colapinto’s win rockets him 20 places up the leaderboard. He now sits seventh in the world rankings. He finished 2021 ranked sixth. At the end of the season, the top five surfers will qualify for the Rip Curl WSL Finals at Lower Trestles, where they’ll compete for the 2022 world title.

Back in the Pacific, local surfers have a lot of reasons to celebrate after the National Scholastic Surfing Association’s state championships. Former Grom of the Week Ethan Mudge kept his winning ways going at the 2022 College State Championships. Representing Saddleback College, Mudge earned the win in the longboard division. He has now won interscholastic titles at every level, including middle school, high school and college.

Meanwhile, the powerhouse that is the San Clemente High School surf team kept its tradition of excellence going at a wild NSSA State Championship down in Seaside Reef. Thanks to some seriously crazy spring winds over the weekend, it was more a test of endurance and fortitude than a surf contest.

Led by Bryse Celaya and Audrey Denos, who both won their respective divisions, the Triton squad came away with its 18th state title.

And, don’t worry, the future of the Triton surf program is bright, as the Junior Varsity team also won the state title. It is its seventh in a row and 10th overall.

Then there’s the ever-dominant Shorecliffs Middle School, which for the first time in 15 years had to settle for second place, as the Oak Crest Middle School surf team from Encinitas came away with the first state title in the school’s history.

Finally, we’d like to say welcome home to surf artist and all around inspirational human Drew Brophy. After a long, hard fight with COVID-19, Brophy has finally been released from medical care and will continue his recovery from the comfort of his own home.

Proof positive that we live in a very special, tight-knit community, some of Brophy’s friends rallied to upgrade the family’s home to make it more livable as Drew continues to heal.

Contractor Rick Anderson spearheaded the effort. He was joined by Jerry and Sandy Pressnell of DC Plumbing, Alex Hayes of Dewey’s TV & Home Appliances, Garry Wileman of A Better Glass Co., Damian Maximbiano and Max Berajas and their teams at Lowe’s in San Clemente, as well as Bob Baker from Home Depot in Mission Viejo. They’re still looking for some help with some cabinetry work.

From topping podiums to returning home after a well-fought battle in the hospital, none of it comes easy, but as surfers, the ocean has taught us all what it means to persevere.

“Everyone gets caught inside when surfing,” the great Gerry Lopez once said. “You have two options: give up or paddle outside. Life is the same. Keep paddling.”