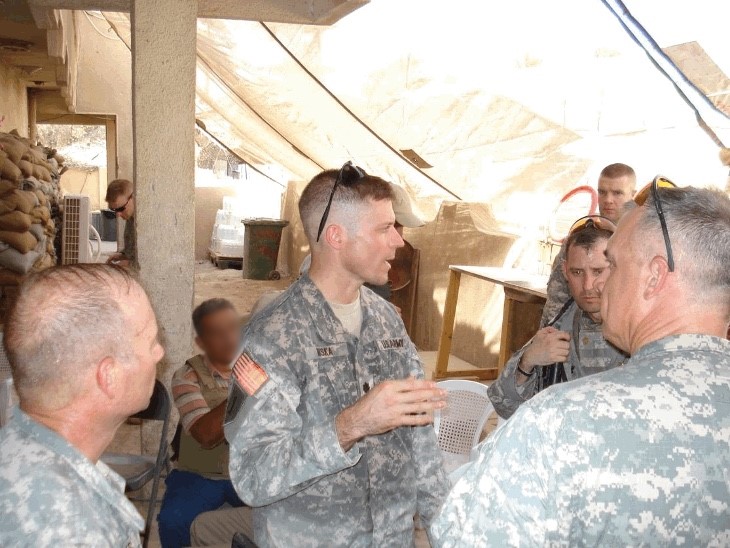 A new book by Col. Steve Miska of San Clemente offers a first-person account of how he and his teammates worked to overcome policy failures and broken promises while protecting the nation’s most reliable combat partners in the War on Terror: foreign military interpreters.

Miska, in his book, Baghdad Underground Railroad: Saving American Allies in Iraq, writes about his team with the 2nd Brigade, 1st Infantry Division, also known as Dagger Brigade, and their efforts to establish safe passage for dozens of Iraqi interpreters to the U.S.

“The mostly young men and women who embraced American idealism risked their lives to support U.S. service members in countries where understanding the language, the people, and the contours of the culture are often a matter of life and death,” Miska said of the interpreters who, along with their families, were being hunted, facing near-certain death by “death squads.”

According to Miska, a violent sectarian cleansing broke out in Iraq in 2007. Citing recent estimates, Miska explained that about 100,000 interpreters and at-risk family members are currently in Iraq and about 70,000 remain in Afghanistan.

“The plight of Iraqi and Afghan interpreters left behind by the United States remains one of the most significant human rights issues of the Global War on Terrorism, America’s longest, and ongoing, military conflicts,” Miska, the executive director of the local nonprofit First Amendment Voice, said in a press release.

In the book, Miska explains, readers will learn more about the ways in which foreign military interpreters support U.S. missions, keeping service members safe in combat zones, as well as gain an understanding of the fraternal bond that’s forged across the cultures.

“Baghdad Underground Railroad is a sober reminder of the far-reaching human and national security consequences of abandoning U.S. allies in countries of conflict,” Miska said in the release. “Above all, it is an exploration of universal questions about hope, brotherhood, and belonging—questions that strike at the heart of who we are as a people and as a nation.”

The book will be released on May 19.