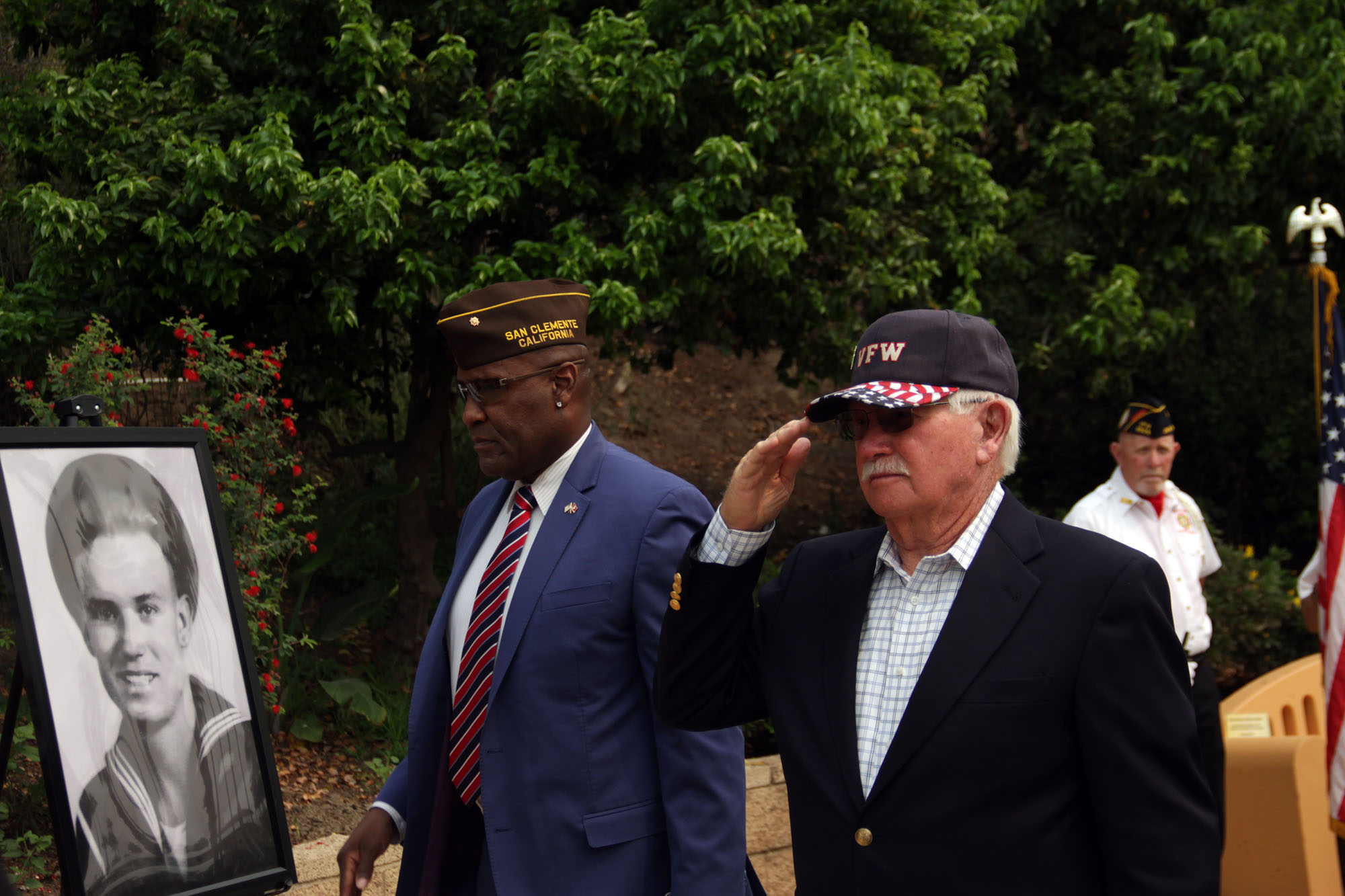 Smith, born in May of 1925 and only three years old when he first arrived to San Clemente, grew up in the town as a Boy Scout and musician. His father, Leo Smith, was an architect who spent 12 years a city councilmember, with three of those years serving as mayor.

Smith had graduated from Capistrano Union High School in San Juan Capistrano in 1942, before enlisting with the Navy in San Diego that same year.

“He last visited his home in San Clemente on June 29, 1942,” San Clemente Historical Society President Larry Culbertson said during the keynote address. “The following day he shipped out to the South Pacific. He was assigned to the USS LST-460.”

In 1943 and 1944, Smith spent time in the Solomon Islands and New Guinea, participating in multiple amphibious landings at New Georgia, Bougainville, Hollandia and the Philippines, to name a few.

The LST-460 participated in its final battle at Mindoro in mid-December 1944. On Dec. 21 that year, 40 kamikaze planes attacked naval ships off Mindoro, including the LST-460, which had taken a direct hit.

“An eyewitness account reports that the plane hit the bridge and went down through the mess hall and quarters, all the officers were having supper and were killed or wounded,” Culbertson said. “Over 100 men died.”

The new plaque at Park Semper Fi, where San Clemente’s Marine Monument stands, is meant to serve as “a permanent reminder of our fallen hero.”