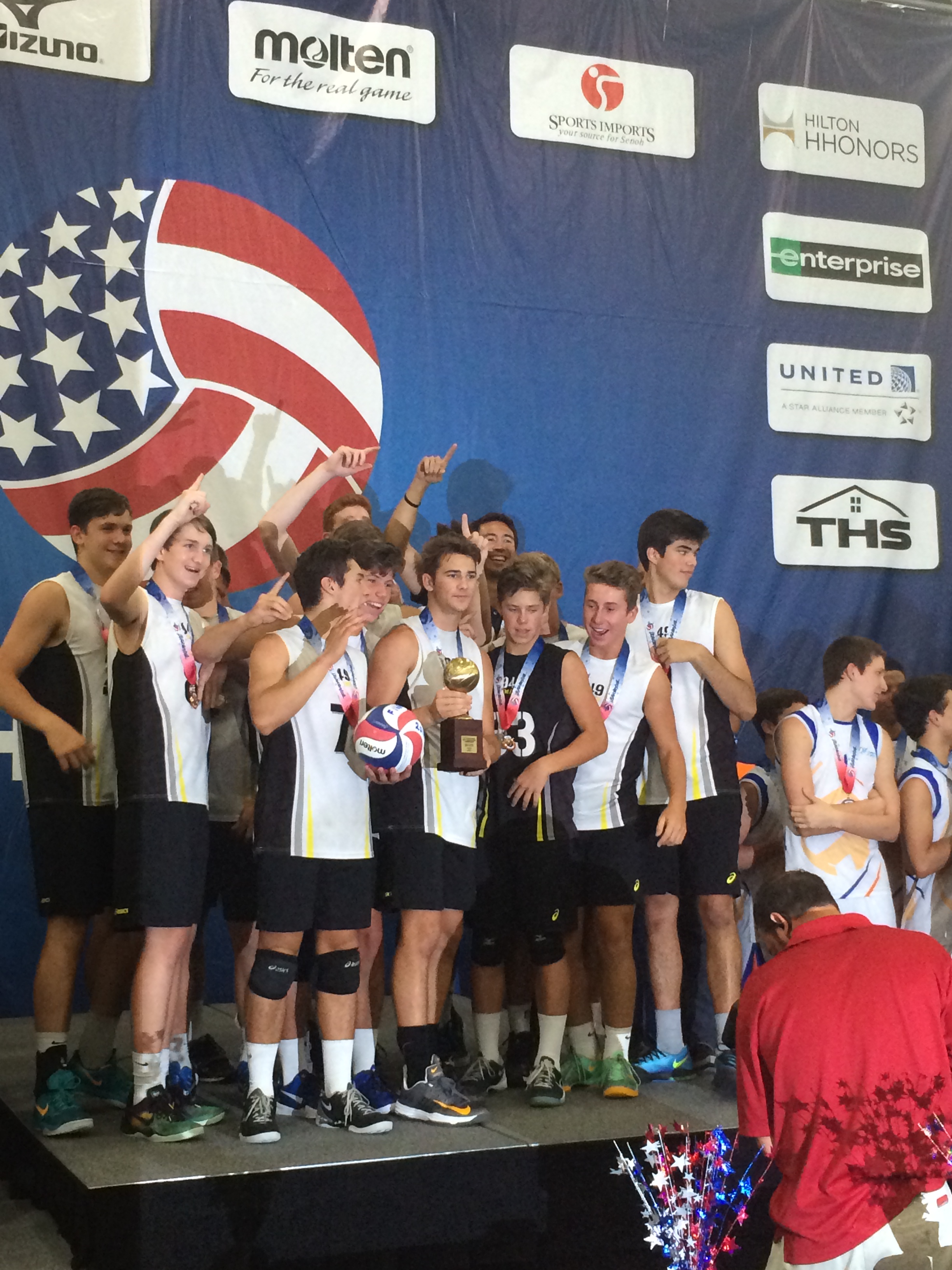 Two local volleyball programs, the San Clemente Volleyball Club and the 949 Volleyball Club, spent last week squaring off against some of the best junior club teams in the nation at the USAV Boys Junior National Championships in Houston.

After five days of competition, one San Clemente club team was at the top of the podium.

The 949 16 Black proved to be the most efficient unit in the 36-team field, winning 10 matches while losing only one en route to the title. The team led the field in matches won (10) and sets won (21).

The 16s Black run to the tournament title was a long time coming, according to 949 program director Justin DeBlasio.

Last season, this particular group of players did not have a lot of experience playing alongside one another. But after months of practicing, and the addition of setters Sam Kobrine and Jonathan Minsberg to the roster, the team came together in recent weeks.

With Kobrine and Minsberg in the rotation, the team was able to run a 6-2 offense, which allowed the talented setters to hit at the net, then rotate back to set from the back row, a tactic that proved to be successful.

“Kobrine and Minsberg are such steady players and competitors with high volleyball IQs. It helped the rest of the offense be successful,” DeBlasio said. “Last year this team was left off the podium stand. They came back with a chip on their shoulder and a sense of purpose. They put it together when it mattered most.”

The 16 Black wasn’t the only successful 949 team at the tournament, as the program’s 17 Black finished fifth overall and the 14s finished 10th.

The San Clemente Volleyball Club also excelled at the tournament, highlighted by their 15s teams’ second-place finish in their division. The 15s faced Balboa Bay in the tournament finals and lost in two, 25-16, 25-18.