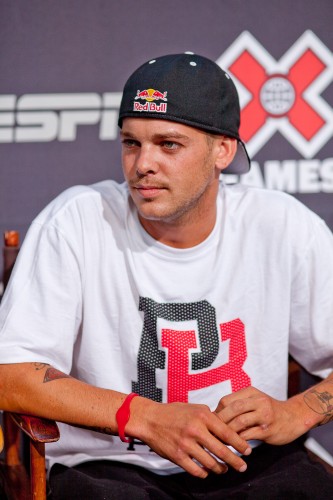 The 2014 edition of the summer X Games will take place in Austin, Texas from June 5-8. As usual, San Clemente and its neighboring cities will be well represented at the high-profile extreme sports tournament.

San Clemente native Greyson Fletcher, 23, will make his third X Games appearance in the Skateboard Park event, which begins on June 7. Skateboard Park features bowls, ramps and rails which competitors use to rack up points in qualifying and championship heats. Fletcher, who has an historic action sports pedigree, finished 16th in the event at X Games Barcelona 2013 and 19th at X Games Los Angeles 2012. Fletcher is the grandson and son of local surfing icons Herbie and Christian Fletcher, respectively.

Ryan Sheckler, 24, returns to the event that put him in the national spotlight—Skateboard Street. Sheckler battled through injury last year in the buildup to X Games Los Angeles and has not medaled in the event since 2012. But Sheckler is no stranger to the podium at X Games. The San Clemente product has five X Games medals to his name, including two gold and two silver. The Skateboard Street elimination rounds begin on June 6.

Seven-time medalist and Capistrano Beach resident Tanner Foust, 40, is set to compete in the Rallycross event on June 7. Foust, who also hosts the popular History Channel show Top Gear USA, has medaled in three out of his last five Rallycross events at X Games.

San Juan Capistrano’s Rhys Millen, 41, will also compete in the Rallycross event. Millen has yet to medal at X Games in four attempts.

Coverage of X Games Austin will be available across multiple ESPN and ABC platforms, including television and online. Check local listings for event times.