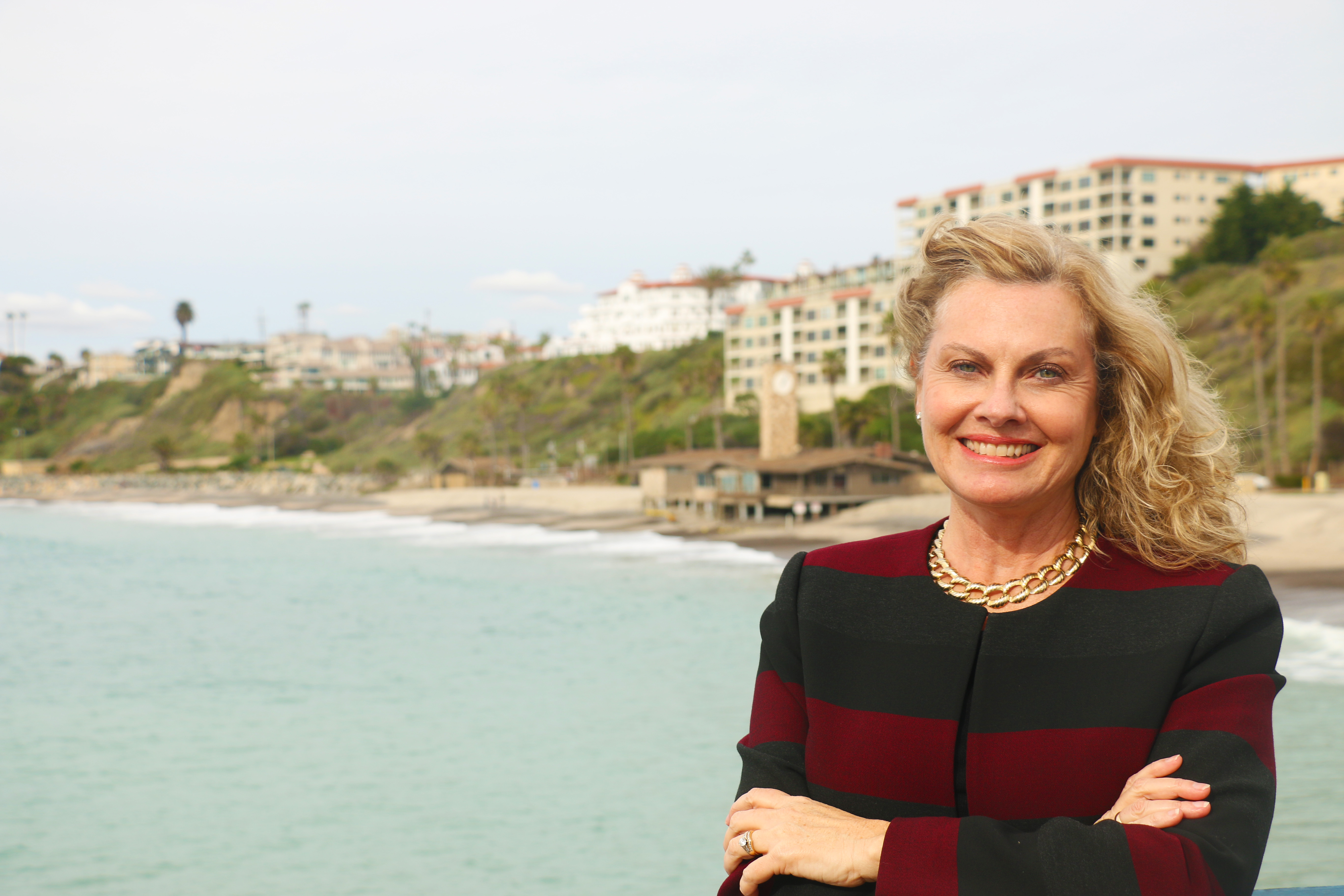 Looking Forward: Mayor Kathy Ward Talks About the Year Ahead

A resolution to the lawsuit MemorialCare filed against the city last year is one of the top issues Ward said she wants to tackle.

Currently, MemorialCare is seeking $42.5 million in damages from the city after it passed a zoning ordinance to amend the current hospital.

“MemorialCare has not really said what they’re going to do with that site,” Ward said. “In the meantime, it’s zoned for a full hospital and emergency room, which is in our General Plan and Safety Element, so we’re just waiting on that. But we need to get emergency services back.”

Ward said the issue could be resolved later this year, or it could be prolonged.

Transportation Corridor Agencies in November reached an agreement with various environmental groups to not allow for a toll road to be built through the San Mateo Watershed and other culturally and environmentally sensitive areas, but Ward is keeping an eye on this. She was the city’s representative to the TCA last year.

The TCA is currently going through a federal environmental process to seek another way to build toll roads through or near San Clemente.

“The toll road, wherever it goes, it will have to widen the freeway,” Ward said. “If it flies through Pico, from there to the (county) border, the highway will have to be widened. Now it’s going to be bigger. How we recover from that, I don’t know.”

After the city was ordered by Orange County Superior Court to allocate land for an emergency or homeless shelter following a lawsuit based off requirements from Senate Bill 2, areas of the Rancho San Clemente Business Park were zoned to allow for the establishment of a shelter.

As of mid-December, city records officials said no applications have been submitted to establish a homeless shelter, but Ward said the city’s new ordinance still has to be accepted by the courts in order to satisfy the lawsuit.
“The whole permit process will facilitate the new shelter,” she said. “We’ve passed something that we think will satisfy SB 2, and if it does, then that land is open for the applicants.”

Ward said based on the opening of the new homeless shelter in Santa Ana, there have been many people asking for an increase in security around it, which she said would help protect the public from issues it could bring as well as the people who use the facility.

Public Safety
Some of the issues that are frequently brought to City Council pertain to public safety.

Many public comments at meetings beseech the city to use all its strength to deal with car break-ins, petty theft, inappropriate behavior and other things speakers thought were municipal code violations.

Toward the end of 2016, the city began its consensus study with Matrix Consulting to determine if San Clemente needs more police officers and how to better dispatch those officers.

“(The study) is going to be done toward the end of January and (is) coming to City Council in February,” Ward said.

Ward said the city hired another patrol officer, an investigator and a half-time crime prevention specialist, which helped start the Targeting Reduction Investigation Prevention (TRIP) program. TRIP works to investigate less punitive crimes as a way to curb infractions on a wider scale.

Ward said the program has already broken up a crew that broke into cars and has made several arrests for people sleeping on the beach, violating open container laws, selling or possessing drugs and other infractions.

“It’s exactly what we needed—targeted and concentrated enforcement of problems and issues we are having,” she said.

The city enacted a panhandling ordinance last year to address people trespassing and panhandling on private property. Ward said the city is looking into a more comprehensive ordinance for panhandling on public property, but the way in which to construct such an ordinance is more difficult due to civil rights laws.

The major component to this process is storing spent nuclear fuel onsite at the plant, which has caused many anti-nuclear groups to voice their opposition.

“SONGS has promised to keep updating us as much as possible,” Ward said. “The decommissioning is still being worked out, and what the city needs to do is to stay up on the details of the process and (give) them feedback.”

The decommissioning process is expected to being sometime later in 2017 or early 2018. When the fuel is to be removed will depend on when it can be safely transferred into the dry cask storage.

The city is in the midst of another consensus study regarding parks and recreation in San Clemente, which follows previous meetings to gauge public desire for certain programs and amenities in the city.

“One of the things that came from the meetings is they want to see neighborhood farming, where there’s a lot for people to plant their gardens,” Ward said. “The other thing I hope that comes from the study is a clear view of what people want in that empty lot on Vista Hermosa near the sports park … so that it is more vibrant.”

Ward said a French soccer recruitment league is interested in utilizing the sports park, and other people have suggested a rugby field.

She said overall she wants to see the parks utilized and that the city can bring something for everyone. Ward also said she wants to see some improvements, if possible, to the dog park in Talega.

Another amenity the public has asked for is the expansion of and installation of nighttime lighting at Ralphs Skate Court.

Ward said it will take a balance between the city and the businesses in town to come to a consensus on a few things. One item that’s still being determined is the feasibility of nighttime signage at the Outlets at San Clemente, which is currently going through an environmental assessment.

Other issues include the reexamination of the ordinance that zones sober living homes and short-term rentals in town to specific areas, which is slated to begin at the end of the year.

The progress on the Miramar Theater (slated to be the Miramar Event Center) as well as other projects in North Beach are other items Ward said she has prioritized.

As Mayor of San Clemente
Ward said she wants to be as visible and accessible to the public as possible during her term.

“I’m already involved with the Chamber of Commerce, and I’m really happy with what the Downtown Business Association has done this year,” Ward said. “I really just want to get out there and have more of a presence with the groups.”