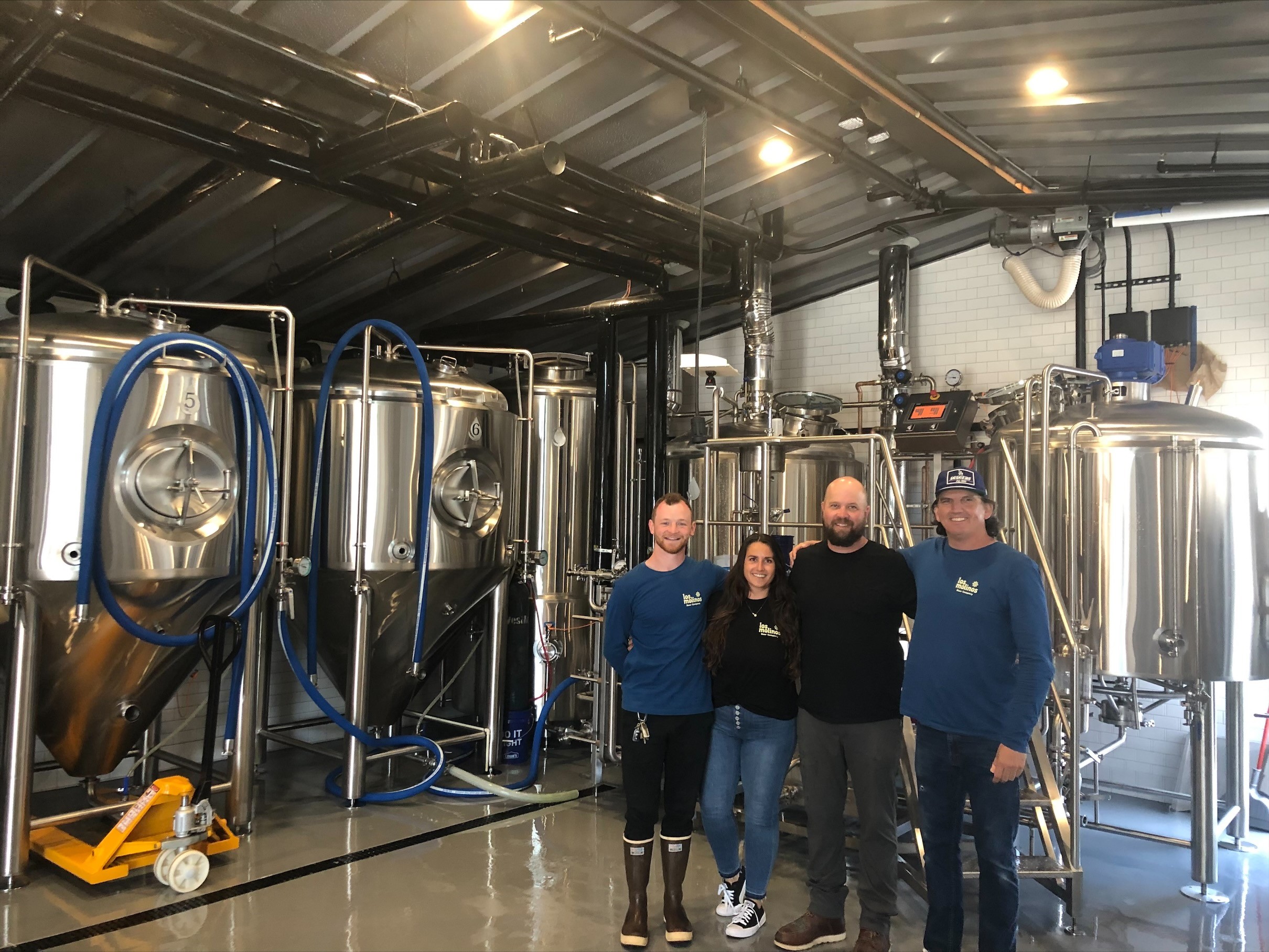 Nestled within the quaint but bustling Los Molinos Business District, a new brewery of the street’s namesake welcomed hundreds of customers in its first week of business.

On Saturday, April 16, they saw more than 500 people enter the building, which has been in Haven’s family since 1965.

“It went well,” Haven said of the new business’ opening. “(We saw) a pretty steady flow all day from when we opened to when we closed.”

After previous stints housing businesses concerned with countertops, cabinets, and motorcycles over the years, the building now stands as a brewery that was five years in the making.

Haven, a contractor, and Krecu, a builder, joined forces to make Haven’s dream a reality in the neighborhood where he spent a lot of time during his childhood. The owners wanted to make sure the building, in the oldest business district in town, retained its charm and character while revitalizing it at the same time.

Krecu described the community within the Los Molinos District, also known as the “surf ghetto,” as being tight-knit and eclectic, which factored into their decision-making with the design and renovation.

“As you can see with the aesthetics, we took a lot of (that nature) and made this an open environment for anybody to walk in and enjoy it, whether you’re a long-term San Clemente resident or somebody just in for the weekend,” he explained while sitting down with San Clemente Times this week.

They honored their other careers through placing a coal box outside, complementing Haven’s work in geology, and other aesthetic choices. The industrial, contemporary look features white tile, sandblasted wood ceilings, and plenty of visible concrete and steel.

Easy-to-clean tile and drains all over the floor, especially in the brewing area, make the space utilitarian as well.

Haven and Krecu spoke about receiving support from both the City of San Clemente and people within the brewing industry, the latter of which they described as encouraging and wanting the business partners to succeed.

The camaraderie is also part of what attracted Krecu to diving into the beer world, as Los Molinos Beer Company looks to provide the same experience to its customers by educating and speaking at length about their products.

“Any place that I go and travel, a brewery is typically the most unique and real place at any of those spots,” Haven said, adding: “It just feels like you have an inside into the community, more so than (other kinds of places).”

There are currently 10 different beers and four seltzers on tap, with the One 5 One West Coast IPA as Krecu’s favorite and the Belgianade Fruited Belgian as Haven’s top choice. As they brew all of their beers in-house, the Fruited Belgian was developed during their pilot system and gave Haven confidence regarding their future.

“That beer was something that I knew would appeal to a lot of people, and it made me very, very happy to drink it,” he said.

The brewery has already made inroads into the San Clemente community. With more than 1,600 Instagram followers, and word-of-mouth getting many people through the garage doors, the owners certainly believe there is a buzz around town.

Through hosting fundraisers or other events, Los Molinos Beer Company looks to become an active part of the district and the city as a whole.