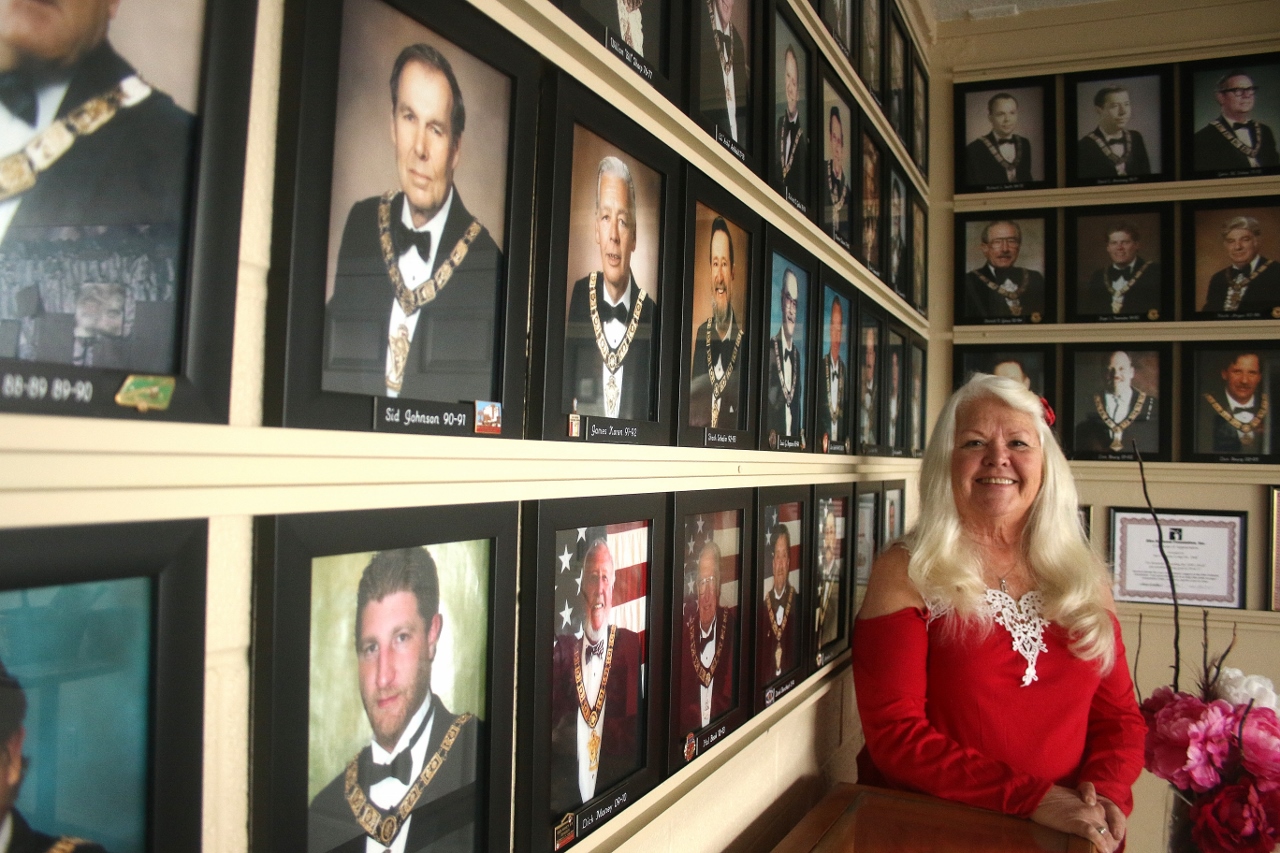 For the first time in its 60-year history, the San Clemente Elks Lodge No. 2068 has elected a woman as its president.

“It seemed like a great charitable thing to do,” Phillips said. “I can’t stop myself from volunteering.”

In 2005, the American Civil Liberties Union (ACLU) dropped a lawsuit with Elks Lodge No. 96 in New York for the right for women to join. There were other lawsuits across the country during this time that helped open the door for women to join, Phillips said.

“Under a 1995 amendment to the Constitution of the Grand Lodge of Elks, the national Elks organization, women are allowed to join this previously all-male organization,” the ACLU press release from 2005 stated.

Phillips said although the Elks Lodge was a male-dominated consortium for decades, more women have steadily joined the San Clemente lodge in the past decade. About 25 percent of the membership is now female.

“I think I was the first woman who was brave enough to say ‘I’ll do it,’” Phillips said regarding her willingness to serve as president. “It started out, even in our history book, as a fraternal order, and a few years back, some of the wives said they wanted to be members.”

Presidents serve one year as the head of their respective lodge. Phillips ran unopposed during her election. The position is not full-time and is volunteer-based, but it requires year-long attention.

“I really want people to know that it’s not just for men and for people to come and see what we do,” she said.

Phillips said she wants to encourage making a difference in the community and as president will check in with current members to see what monthly contributions they’ve made in their neighborhoods.

Phillips said she helped organize and promote the Swallows Day Parade in San Juan Capistrano for 16 years before moving to San Clemente.

Once a month the Elks put together boxes for people registered with Family Assistance Ministries as well as books and school supplies to local schools.

“We want to show people that we’re not just here to be a social club,” Phillips said. “The Elks give away $3.5 million in scholarships each year (nationwide),” adding that the only larger provider of grant money is the U.S. government.

Each year, the California-Hawaii Elks host a “Purple Pig” drive that sponsors medical needs of children with disabilities.

Membership retention is something that Phillips said is at the top of her list.

“My biggest goal is to reach out to people whose membership may have lapsed and to get new members more involved,” Phillips said, adding she wants to make the San Clemente lodge more accessible to activities for children in order for them to have something to do while their parents participate in lodge business.

The lodge is celebrating its 60th anniversary this year, and member installments will take place on March 17.
In order to join the Elks, someone has to be nominated or sponsored to join by a current member and then have two other Elks vouch for them.