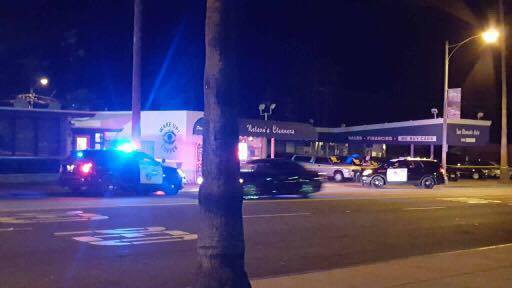 Update, 9 a.m. Sept. 5: A man was shot twice in the leg and suffered non-life-threatening injuries just before 8:30 p.m. on Sunday, Sept. 4, in San Clemente. He is expected to survive, OCSD officials said.

Police are still conducting an investigation on the incident. The weapon used was a handgun, but officers said they weren’t sure what caliber or the make and model.

An unidentified man was shot just before 8:30 p.m. on Sunday, Sept. 4, near the Rite Aid and W. Canada on El Camino Real, according to Orange County Sheriff’s Department officials. The man was taken to a nearby hospital.

OCSD Lt. Scott Ostash said there is an ongoing investigation and the area is an active crime scene. Ostash said he would be able to provide more details later.

Currently there are no suspects, Ostash said, and the type of firearm used was not announced.

The incident occurred where on Aug. 12 a man shot at someone driving a white truck in the parking lot of the Rite Aid. A suspect was eventually taken into custody, and Sheriff’s deputies found a handgun and spent bullet casings near the area.

Anyone with information on the incident can call OCSD at 949.770.6011 or to leave anonymous tips call Orange County Crime Stoppers at 855.847.6227 or at www.occrimestoppers.org.

This is a developing story. More information will be provided.