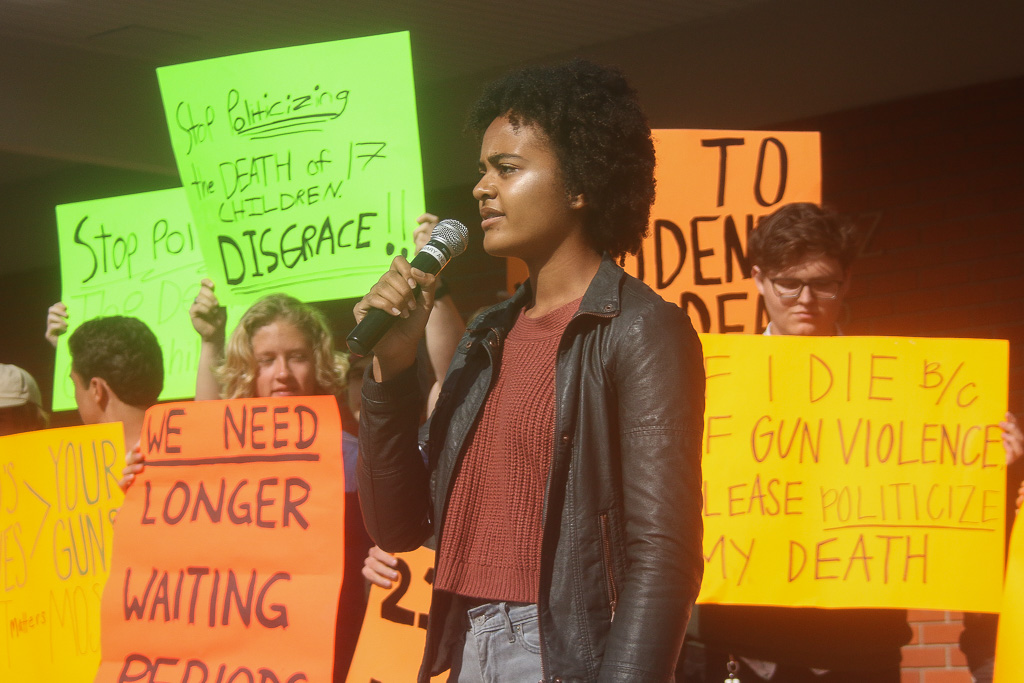 ‘March for Our Lives’ Protest Scheduled for March 24

Following the nationwide walkout by high school students on March 14, another protest is scheduled throughout the nation called, “March for Our Lives.”

The protest is similar but has a few of its own objectives.

“We’re marching for school safety and ending mass shootings in schools, and there will be tons of students joining us to help organize,” said Rebecca Goodman, who is co-organizing the San Clemente protest with her sister, Amber Saldana.

The March for Our Lives will take place from 9-11 a.m. on Saturday, March 24 at the San Clemente Library, located at 242 Avenida Del Mar. The march begins on the lawn of the library and will travel up Avenida Del Mar to El Camino Real and back to its origin.

“There are a lot of different (methods) of going about this and possible solutions, one being banning AR-15s or any sort of assault rifle, raising the age limits for purchase, stricter background checks and demand that democracy does the right thing,” Goodman said.

Inevitably, there will be pushback from gun rights’ advocates who have stated openly that politicizing the issue makes gun policies less safe for everyone.

“There is the Second Amendment, and we’re not trying to take anyone’s rights away, but the First Amendment is the right to life, to liberty and freedom, and they should reevaluate the Constitution,” Goodman said.

According to the national website for March for Our Lives, there are 840 marches will take place on nationwide.
Goodman said there will also be a voter registration booth available the day of the march.

“We do want this march to be as inclusive as possible, and we are trying to shift the focus…to just getting guns out of our schools,” Goodman said.

On March 20, another school shooting took place in Maryland at Great Mills High School. According to reports from The Baltimore Sun, a 17-year-old assailant was shot and killed by a resource officer. The assailant wounded two students, critically injuring one.

The list of changes demanded by March for Our Lives includes introducing a 30-day waiting period (as California state law requires 10 days), no sales by private owners, no gun show sales, a ban on bump stocks (which were responsible for the high death toll in Las Vegas in 2017), a ban on assault rifles, a ban on domestic violence offenders, a license requirement, introducing child lock requirements, raising the minimum age to buy a gun to 21 and require universal background checks.