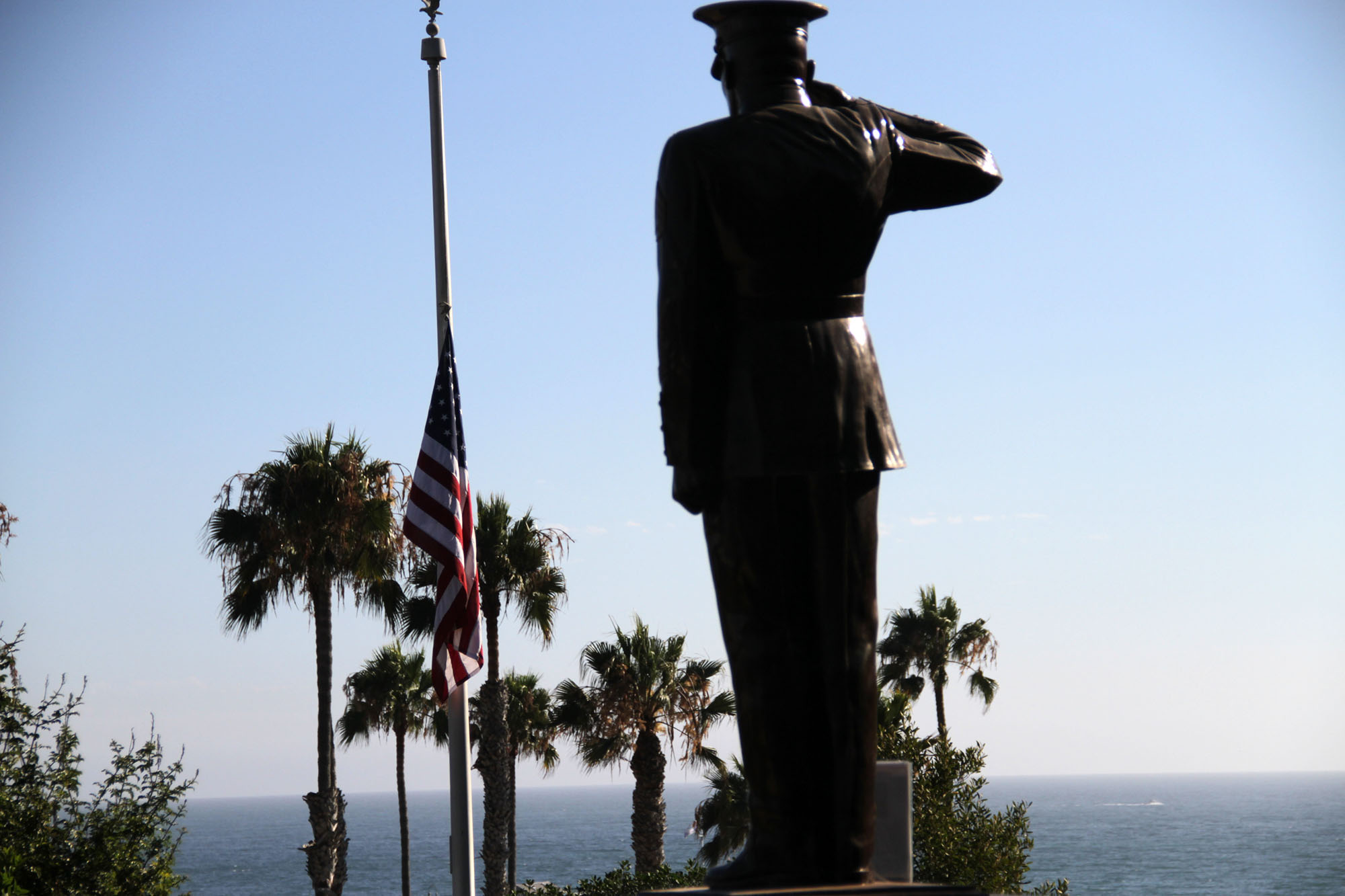 The deaths of nine servicemen following a training exercise off the coast of San Clemente Island last summer was the result of “human and mechanical failures” that could have been prevented, military officials found in a report released to the public late last month.

The U.S. Marine Corps’ investigation into a July 30 incident in which an amphibious assault vehicle sank, killing eight Marines and one Navy sailor, as well as hospitalizing two other Marines, exposed a series of shortfalls in training, leadership and safety measures, in addition to deficiencies in the vehicles themselves.

“The investigation reveals a confluence of human and mechanical failures caused the sinking of the mishap AAV and contributed to a delayed rescue effort, resulting in the deaths of eight Marines and one Sailor,” Lt. Gen. Steven R. Rudder, commander of Marine Corps Forces Pacific, wrote in the nearly 2,000-page report.

Eight months after the incident, the release of the report, which highlights failures related to proper training, the readiness of the AAVs, safety protocols and identifying conditions of the sea, is also meant to identify areas of improvement and help prevent similar instances from occurring.

“Ultimately, this tragic mishap was preventable, and the actions directed in this document are intended to prevent future incidents of this kind,” Rudder added in his remarks in the report.

The Marines and sailor were among 16 service members of the 15th Marine Expeditionary Unit (MEU) who were traveling aboard the AAV toward the USS Somerset after departing the island, when the watercraft began to take on water.

Eight of the service members had escaped the AAV and were recovered shortly after the incident. One Marine, 19-year-old Lance Cpl. Guillermo Perez of New Braunfels, Texas, was pronounced dead on the scene, and two others were airlifted to a San Diego hospital.

The seven other Marines and one sailor were reported missing, prompting an exhaustive, 40-hour search led by rescue teams from the Marines, Navy and Coast Guard. Following the search, however, those rescue efforts turned into a locate and recover operation.

The missing service members were later found on Aug. 4 inside the sunken AAV.

“These were outstanding young men, and their loss is felt not just by their families, but also by the scores of Marines and Sailors with whom they served and on who they left lasting impressions,” Rudder wrote of the fallen.

According to the report’s findings, there were several contributing factors that led to the accident, such as incomplete training involving waterborne operations and escaping a submerged watercraft.

“Had the following training requirements been met as required, the AAV crew and embarked Marines may have been better prepared and responded more quickly as the mishap unfolded,” the report stated.

The investigation found that a Marine Corps Combat Readiness Evaluation (MCCRE) wasn’t conducted beforehand. Had it been done, the report states, it “may have exposed the AAV Platoon’s deficiencies in training and readiness.”

“Of the nine deceased personnel, eight had only completed the shallow water egress trainer portion of UET, which is an individual seat-type device that does not effectively train egress from a submerged vehicle,” the report stated.

“Despite these requirements,” the report continued, the crew “embarked on AAVs the day of the mishap without all personnel having completed SVET” or the alternative modular amphibious egress trainer.

Additionally, the investigation showed that the AAVs that the 15th MEU was provided for the training “were in poor condition.” Between April 2019 and April 2020, AAV readiness procedures were found to be consistent.

“However, readiness standards in effect prior to the mishap did not accurately account for long-term deterioration in AAV readiness across the U.S. Marine Corps over time,” according to the report.

Since the incident, the report noted, all of the Marines’ AAVs have undergone inspection with updated requirements that focus specifically on watertight integrity, bilge pump function and emergency egress lighting.

“A majority of the AAVs failed to meet the new inspection criteria,” the report stated. “The leading causes of failure during these inspections were plenum leakage failures, inoperable Emergency Egress Lighting Systems (EELS), and bilge pump discrepancies.”

While the AAVs mere making the return trip to the USS Somerset, there were no safety boats deployed “prior to or during the critical moments of the mishap,” according to the report. It went on to note that a safety boat “likely would have responded more quickly than the approximately 45 minutes it took for the mishap AAV to sink.”

“Considering the mishap AAV commander was waving the November flag for approximately 20 minutes, it is likely safety boat crews could have observed the distress signal sooner, responded more quickly, and been better able to facilitate troop egress and transfer,” the report stated.

Prior to the AAV’s departure from the island toward the USS Somerset, a sea state assessment wasn’t conducted to determine the conditions of the ocean. Under such an assessment, there are five sea states used as criteria to determine whether an AAV should embark in the water.

According to the report, AAVs can “negotiate sea states 1 through 3,” while a sea state 4 will create “difficulty maintaining speed and maneuverability.” AAVs “can survive operations in sea state 5, with reduced effectiveness.”

“Troops should not be embarked aboard AAVs in sea state 5, and it is advisable not to conduct operations in sea state 5 or greater,” the report explained. “In a training environment, AAVs will not operate in a sea state 4 or greater.”

Though a sea state assessment had been completed shortly after noon on July 30, showing a sea state of 1 to 2, a subsequent sea state wasn’t requested before 4:45 p.m.—when the AAV left San Clemente Island.

Based on interviews with the search and rescue teams, the surviving AAV crew members and other Marines, the investigation found that the sea state at the time of the incident was “higher than expected, and may have exceeded the no-go decision criteria briefed for the training event.”

“As situational factors and environmental conditions changed during the course of this training event, unit leaders at all levels failed to reassess the aggregate risk and implement revised controls,” Rudder wrote as part of his conclusion.

The report also outlined several actions for the Marine Corps to implement such as reviewing the safety practices and procedures of AAV operations, clarify guidance on the requirement to conduct MCREs, and ensure personnel are appropriately trained for UET courses, among others.

“We must comprehensively review and address the human, material, and training failures identified in this investigation to ensure the safe conduct of AAV waterborne operations,” Rudder also wrote, adding: “As with all combat systems and equipment, strict compliance with maintenance standards is an essential prerequisite to safe and effective operation.”