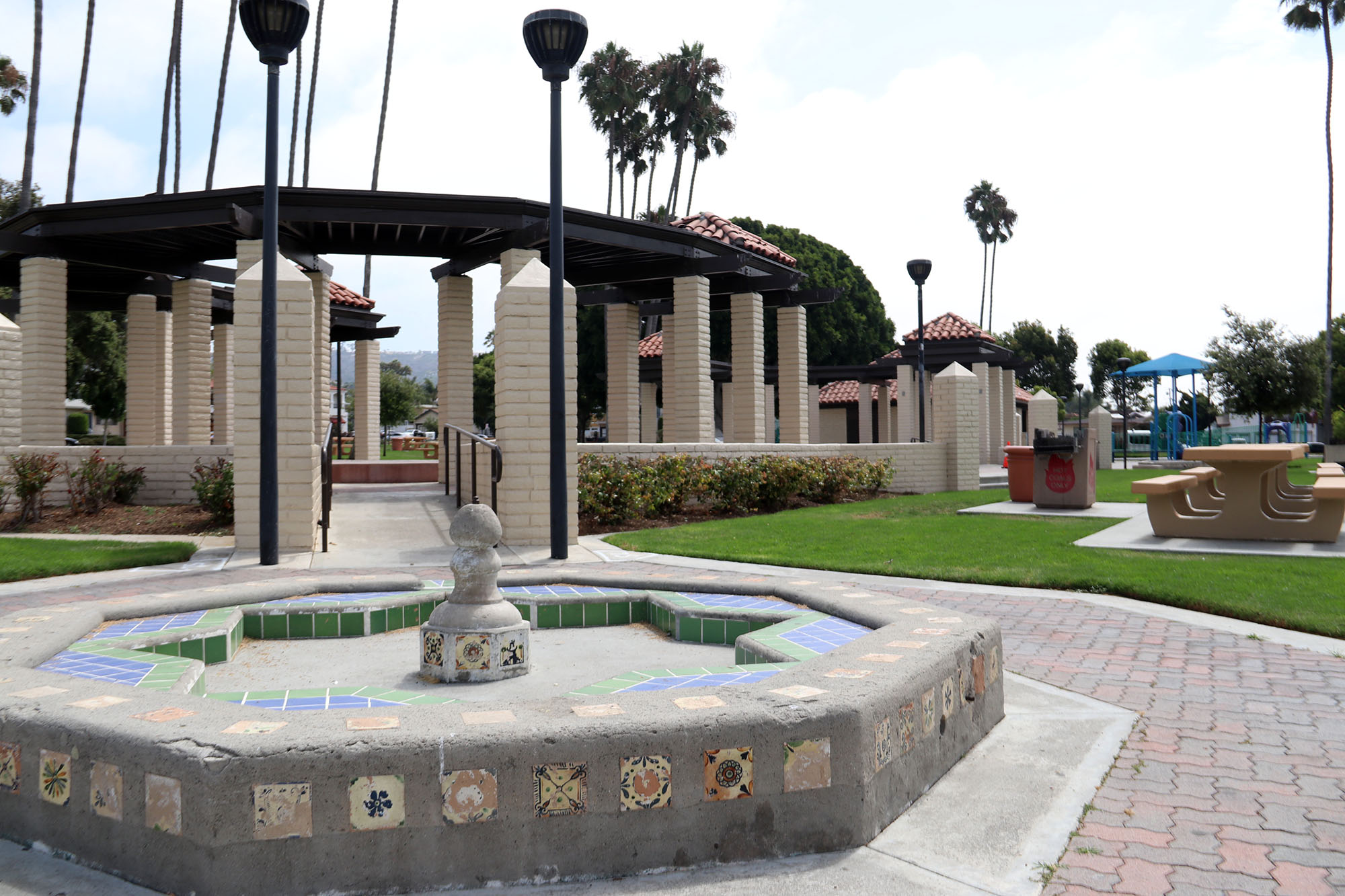 Editor’s Note: A previous version of this story included the first names of a family that had come forward to a City Council meeting to express their concerns with safety issues at Max Berg Plaza Park. At the family’s request, San Clemente Times has removed references to their names over fears of reprisal.

In the aftermath of a late-July shooting at Max Berg Plaza Park that left one man with a minor head injury, those who witnessed the incident are still dealing with the traumatizing memory.

At the San Clemente City Council’s most recent meeting on Aug. 16, a family that included a grandmother, her son, and her daughter-in-law shared their experience, which has been compounded by other violence reportedly attributed to local gang activity at the park.

Recalling how the grandmother had to throw her young grandsons, ages 4 and 6, off their bikes and on the ground to hide from the shots being fired mere feet away, the family members implored the city and police to give more attention to Max Berg Park. The grandmother said she and her grandchildren were OK, but that the children will never forget the incident.

“I can remember growing up in Tustin, where there (were) no stoplights, in the ’60s, and my parents always said, ‘Nothing will ever get done until someone’s killed,’ ” said the grandmother. “And I’m praying, praying, praying that that’s not the case here.”

At the meeting, the family asked the city to install cameras and license plate recognition software, crack down on people possessing open containers of alcohol, and provide more of a police presence.

After the incident, City Manager Erik Sund said that he, along with Police Services Capt. Tony Benfield, and other representatives from the Orange County Sheriff’s Department, walked through the park and presided over multiple changes.

Those included trimming the height of bushes near the center amphitheater, starting the installation of a camera on the bathroom roof, and upgrading the lights in the area, which are on from dusk to dawn, to brighter LED lights in the coming weeks.

“We’re seeking a quote to remove the wall and the bollards,” Sund said, referring to an area where gang members congregate. “We haven’t gotten the quote yet; I just checked with my Public Works director, and he’s still working with staff, but we’re very aware of that area.”

He added that multiple projects concerning lights and bollards would soon begin to increase visibility near the area.

Benfield said OCSD was aware of the issues occurring around the park, and that activity there involving gangs, which dates back decades, has recently increased. Police Services will also increase patrol checks nearby when possible.

“The gang enforcement team is aware, and they are monitoring and engaging the members of that community as well, to try to keep this activity nonexistent, hopefully,” Benfield said.

Regarding the frequency of patrol checks near Max Berg Park, Benfield informed the council and the public that San Clemente is divided into patrol areas that have one deputy assigned to them during a shift. Often, when deputies receive a call, they are forced to leave their area.

Law enforcement relies on the community to provide input and report suspicious activity, to assist the few deputies working at any particular time. When there are no calls to respond to, deputies perform routine checks, but Benfield added that the town is frequently busy.

According to incident report data from OCSD, deputies received 17,454 calls for service within the area containing Max Berg Park, known as San Clemente Beat SC16, between January 2017 and about mid-August of this year.

The streets specifically surrounding the park—including the 100 blocks of Avenida Aragon, Avenida del Poniente, and El Portal; and the 1000 and 1100 blocks of Calle Puente and El Prado—logged 1,624 complaints, or 9.3% of all reports within the area.

Calls for reports of abandoned vehicles, disturbances, narcotics violations and vandalism each made up about 10% of the overall complaints in the SC16 area, according to the data.

Regarding incidents isolated to the park’s bordering streets, two attempted murders and the one call for a disturbance related to gangs listed in the five-year period occurred in the 1100 block of Calle Puente, near Las Palmas Elementary School.

Responding to a question from Councilmember Laura Ferguson on whether Benfield believed his department was understaffed, he said he would never reject any help provided by the city.

“On the other side, I do understand how expensive it is when we’re adding law enforcement positions,” he said. “It’s important for the community to know—as I’m sure the council knows—that you have to add four additional deputies just to cover one new position, because we’re 24 hours a day, seven days a week.”

He acknowledged that the department could do more with additional staff, but he didn’t want the city to spend too much money on bringing in personnel.

Additionally, San Clemente has received more attention since the July shooting from OCSD’s south region gang enforcement team that covers the swath of South Orange County from Lake Forest to the county line, but the team has remained busy all summer, Benfield said to confirm a thought Councilmember Kathy Ward had posed.

Ward added that given the current stage of the COVID-19 pandemic, she was concerned about public safety, because she felt an increase in people drinking outside could contribute to violent incidents others had mentioned during the meeting. She said she wanted the city to focus on protecting the public and following normal safety procedures.

Mayor Pro Tem Chris Duncan echoed those comments, stating that “there’s absolutely nothing more important than the public safety of our residents.”

“We should certainly look at additional funding for deputies to be able to cover that area,” he continued. “I think that’s something we’ll get right on.”

When he asked whether the subject of gangs at Max Berg Park could be addressed by the Public Safety Committee or simply needed more police presence, Benfield said he didn’t know what the scope of the committee’s research would be to allow for the creation of a tangible solution.

After Sund confirmed with Benfield that OCSD will organize a Neighborhood Watch meeting with the community surrounding the park as part of engagement efforts, Sund advised nearby residents that installing Ring surveillance cameras could provide a significant benefit to the police.

Duncan motioned for the council to discuss how the city could potentially finance the addition of deputies to Police Services, which Mayor Gene James seconded. Councilmember Steve Knoblock also supported the motion, allowing for a staff report to be presented when the council addresses the item.

The council’s next regularly scheduled meeting is set for the evening of Sept. 6 at the San Clemente Community Center. Residents in the area are set to host a Neighborhood Watch meeting Thursday evening, Aug. 25, at St. Clement’s by-the-Sea Episcopal Church. The group has invited members of San Clemente Police Services to attend the 7 p.m. meeting at 202 Avenida Aragon to discuss crime prevention.