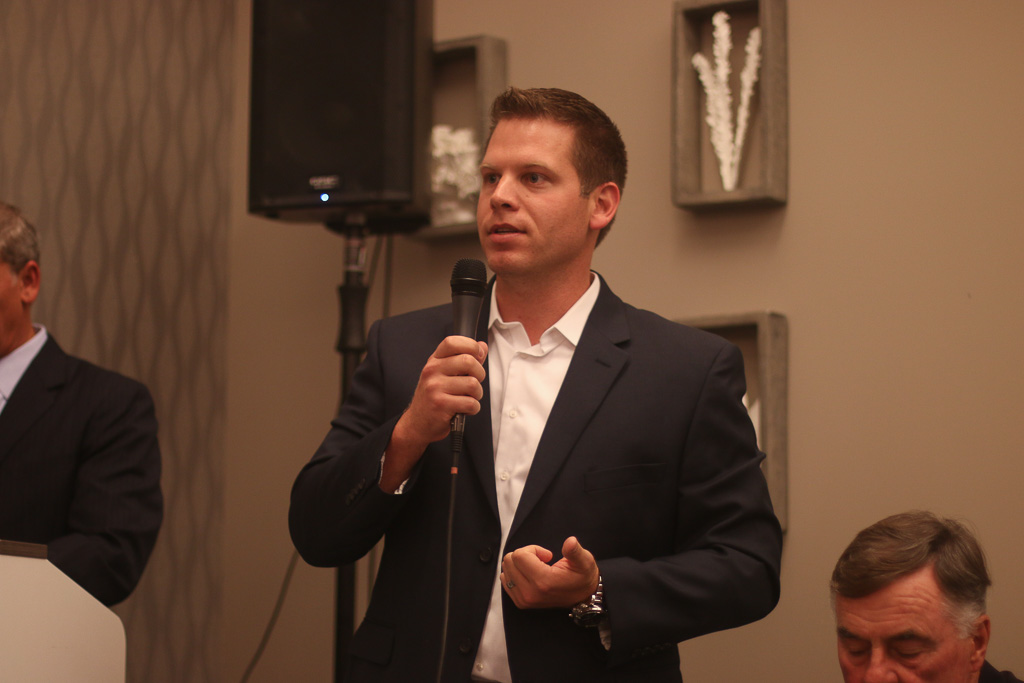 Dan Bane’s exit from the city council during his last meeting as mayor on Tuesday, April 21, wasn’t the most orthodox in terms of farewells.

As the meeting, which was conducted via teleconference, pushed past 11:30 p.m., the council voted to table a handful of remaining items for discussion to the next regular meeting on May 5. That included items to not only elect the new sitting mayor, but to also recognize Bane as an outgoing councilmember.

The now-former mayor announced his resignation from the council at the previous meeting on April 7, when he explained that he had received a job offer he just couldn’t pass up and would be relocating his family out of state.

That enticing job offer, he told the Orange County Register, is for the position of vice president and general counsel for his longtime friend’s company, Meyer Laboratory Inc., which sells industrial cleaners in his hometown of Blue Springs, Missouri.

As of press time, Bane did not respond to San Clemente Times’ request for comment.

During his final remarks as mayor on Tuesday, Bane acknowledged those who have reached out to express their appreciation, as well as their disappointment over his departure. Stating that while he was sorry to have disappointed those residents, his family is his first priority.

“For those who reached out to express their thanks, it meant the world to me to see that,” he said, later adding: “I gave everything I possibly had. I hope that when I leave here, I leave the city in a better spot then when I came on.”

Bane also thanked his fellow councilmembers, each of whom, he found, “cares a great deal about this city.” As for the staff, he praised them for their efforts to keep the city functioning, which oftentimes goes overlooked by the city.

“I think city staff is absolutely professional; they care greatly about the city,” he said. “People don’t always hear or see what goes on with these staff, and that’s because they work overtime to make the city look good.”

Bane has previously said his family plans to move to Blue Springs in late May or early June.

The city council will meet a member short on May 5, when they’ll continue to discuss the election of the new mayor. The meeting will likely be conducted via teleconference and can be viewed through the city’s YouTube channel.