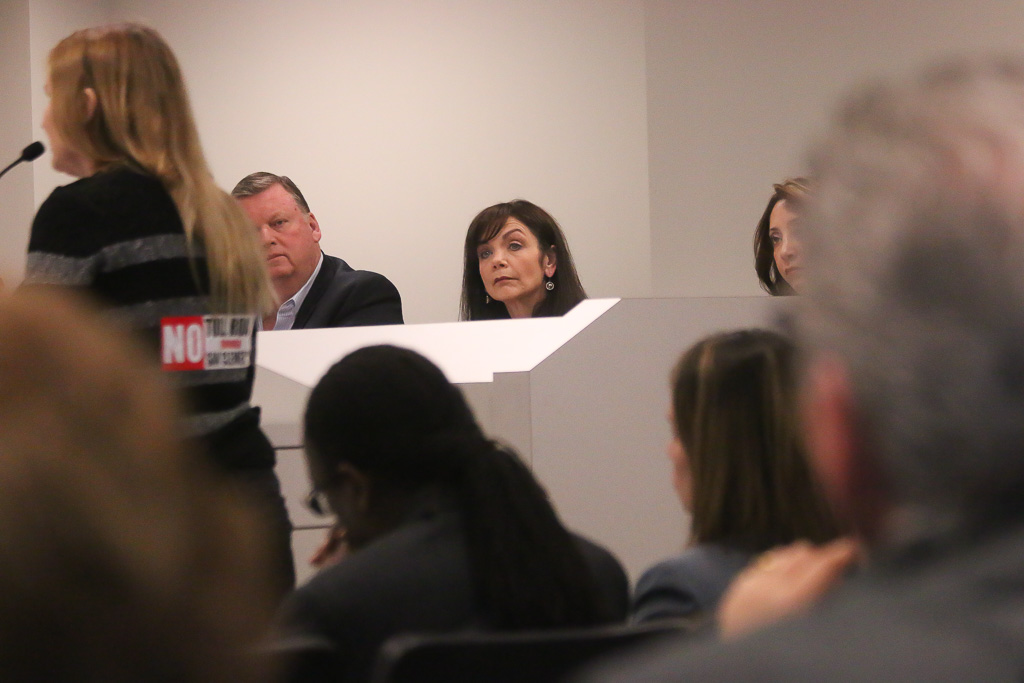 Update: TCA Board to Discuss Consultant Contracts at April Meeting; Board Chairs Respond on Friday

San Clemente representatives on the Transportation Corridor Agencies (TCA) board of directors tried to introduce measures to halt payment and work of contracts the agencies have with Venture Strategic and other consulting firms, but they had little support.

Instead, after a back-and-forth discussion at the end of Thursday’s meeting in Irvine, Christina Shea, chairwoman of the Foothill/Eastern Transportation Corridor Agency, said that they would be able to discuss the matter at the April meeting after the board has had a chance to review materials following a Los Angeles Times article published on Monday, March 11.

TCA has canceled various joint board meetings scheduled for the following month after congregating the month prior.

San Clemente Mayor Pro Tem Dan Bane, a director on the San Joaquin Hills Transportation Corridor Agency, introduced an emergency measure that would create a new audit following the TCA’s own and would be conducted by an independent third party and would stop all payments and work conducted by outreach consultants until the board is given results.

Bane said it was necessary to bring forth the emergency measure because there was so little time between when the Times article was published and the scheduled board meeting. He said more money is being spent and more work is being done while the board waits to convene next month.

Between both boards, only Bane, Ferguson, Maryott and Will O’Neil of Newport Beach voted in favor of taking on the emergency item at Thursday’s meeting.

“Transparency and accountability for contracts entered into by The Toll Roads of Orange County have always been of the utmost importance to the Boards of Directors and our executive staff,” the joint statement read. “As a government agency, TCA has always operated in a fair and public manner, and the Agencies have historically limited their full-time employees and supplemented with independent contractors as an extension of staff. An internal audit was completed in February and the report and results of that audit were forwarded to Directors. Staff has taken immediate and direct action to address the billing discrepancies and net under-billing identified in the audit. I join with SJHTCA Chair, Fred Minagar, and both of our Boards of Directors, to assure the general public and nearly 1.5 million account holders that we take seriously all inquiries into The Toll Roads’ processes and procedures. Last month, we directed TCA’s Chief Executive Officer to establish an Ad Hoc Committee to review TCA’s contracts to ensure efficiency and accountability for all of our contractual obligations. The first meeting of this committee was held Thursday, March 14, 2019, immediately after the Joint Boards of Directors meeting. Transparency and fiscal responsibility, including our fiduciary responsibility as board members, are very important to us and we will continue to work with our staff to provide the public with the greatest confidence in the integrity of TCA.”

In a press release following the publication of a Los Angeles Times on Monday, the city of San Clemente announced today that its TCA board members will introduce protective measures in order to address consultant spending. The details of the measures were not made publicly available as of Wednesday.

San Clemente Times will be at the TCA joint board meeting, which takes place at 9:30 a.m. on Thursday, March 14, at the agencies’ headquarters, 125 Pacifica in Irvine.

An explosive article that was published in the Los Angeles Times on Monday, March 11, regarding Transportation Corridor Agencies’ (TCA) cost of consultant fees and payments got the attention of San Clemente’s highest elected official, who addressed the matter on the John and Ken Show on KFI 640 AM on Tuesday.

San Clemente sued the TCA over public records requests that it believed were not fulfilled back in June, and according to the Times report that reviewed the financial documents, some consultants were paid about $185 per hour, sometimes paid for work that was double-billed.

Officials with Venture Strategic, the main public relations firm contracted by the TCA, stated in the article that much of the additional costs were related to outreach to combat what it claims was “misinformation” from the San Clemente base. The city has been battling against the TCA for years, this time to stop roads that could go right through the city’s residential areas.

“There are very few fans of the TCA down in San Clemente, let me tell you that,” San Clemente Mayor Steve Swartz told the radio hosts on March 12. “Basically, for 30 years almost, they’ve been talking (about) the need to connect the 241 to the 5…and San Clemente has grown over the last decades.”

Swartz was the San Clemente representative on the San Joaquin Hills Transportation Corridor Agency portion of the board in 2018.

“I sat on the board for a year and left in disgust, but the board doesn’t see anything. There are special committees that make all the decisions,” Swartz said. “How do you like this statistic? They were $2.6 billion in debt 10 years ago when they were supposed to start paying down the debt, now (the debt) is up to $6.4 billion.”

John and Ken didn’t hold back their own feelings of irritability with the TCA, calling the expenses “idiotic” and “absurd.”

“A lot of us didn’t know. We got frustrated,” Swartz said in regard to the consultant payments. “We don’t need the (toll) road…nothing tells us that. We spent money ourselves (on studies that show) that we don’t need it and that we have arterials.”

The Times reported that a document showed $380,000 was spent to maintain content for two websites and social media platforms. The article also shows possible conflicts of interest as consultants related to Venture Strategic operators who were paid for 28 hours of double-billed work in one day.

“It’s not the whole board; it’s just a few who are controlling it,” Swartz said.

A representative of Venture Strategic, who spoke on background, as the person was not authorized to speak on the record on March 12, said a comprehensive audit that was compiled by TCA showed that the agency had a 99.9 percent accuracy rate and that some stats from the Times article were cherry-picked.

The spokesperson said that the way in which San Clemente has conducted its own PR campaign could be a violation of Fair Political Practices Commission (FPPC) as campaign forms were not filed for what Venture Strategic sees as campaign content.

The source also pointed to the firm the city of San Clemente hired for public relations against the TCA, Englander, Knabe & Allen, as lashing back at the agency after the board did not hire it and instead opted for Venture Strategic, saying that the effort hindered much-needed traffic alleviation in the area.

On Tuesday, Rep. Mike Levin, D-49, wrote a letter to Gov. Gavin Newsom asking for oversight and examination of the operations of the TCA.

“TCA’s actions appear to be a betrayal of the public trust,” Levin stated in the letter. “I urge you to ensure that appropriate ethical and transparency measures are in place for Joint Powers Authorities authorized by the State of California such as TCA.”

Levin’s letter did not specify beyond that as to what enforcement or oversight should be exercised, but it was clear that the freshman congressman wanted to put a stop to the reported actions.

The next TCA joint board meeting is at 9:30 a.m. on Thursday, March 14, at the agency headquarters, 125 Pacifica in Irvine.