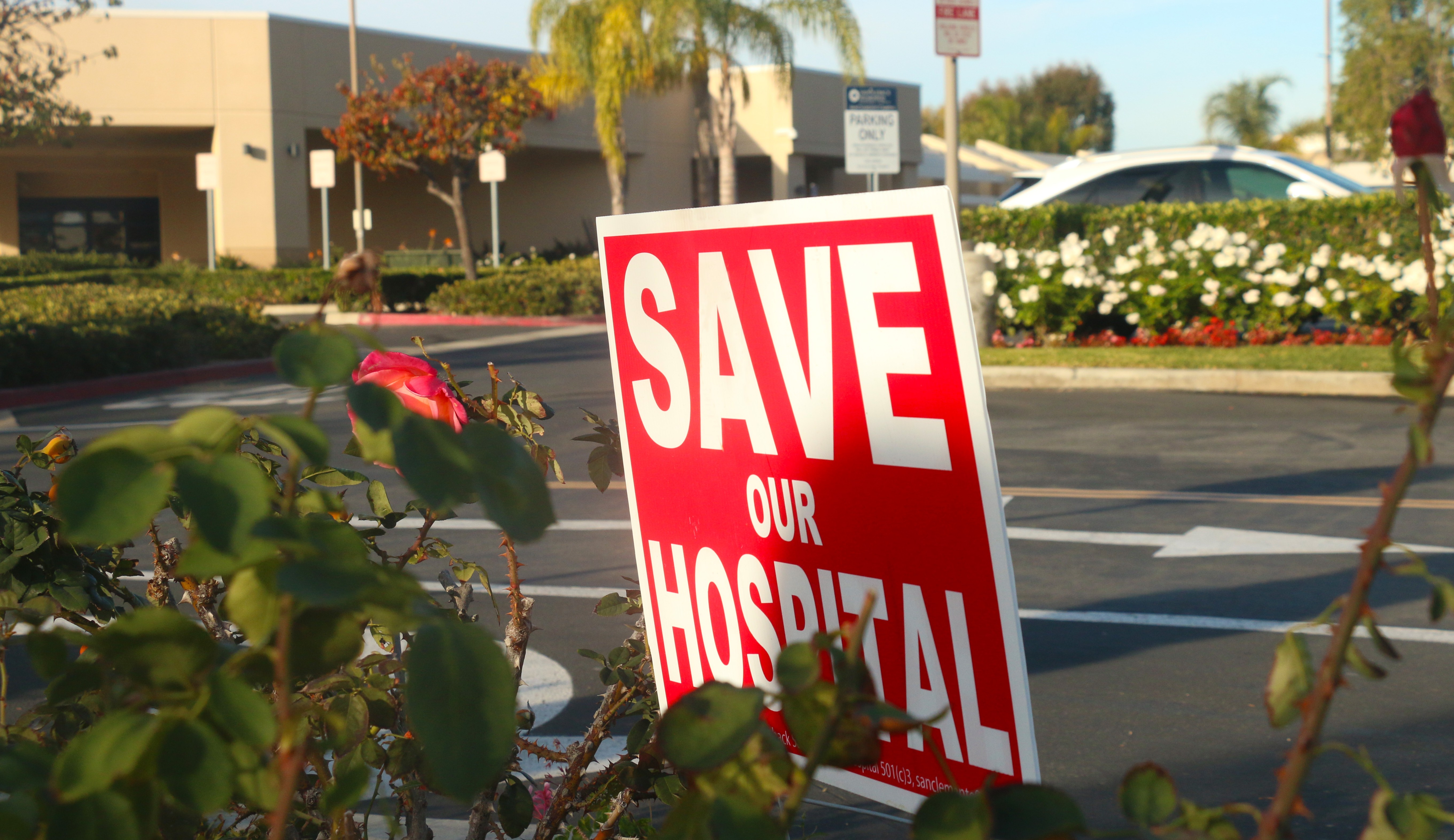 Medical Bills: Emergency Room Legislation to be Heard in January

Key figures in the effort to keep a hospital, or at least an emergency room, in San Clemente met Wednesday to update the public on the progress of keeping the city’s only hospital, Saddleback Memorial Medical Center, operational.

Since fall of 2014, when the prospect of Saddleback Memorial Medical Center’s closure came to light, community organization Save San Clemente Hospital, state legislators and City Council members have been adamant about trying to keep the hospital open.

Assemblyman Bill Brough, who represents the San Clemente area, said there are a few ideas to present to the Legislature when it reconvenes Jan. 4. Brough said the two bills he and Sen. Patricia Bates authored, A.B. 911 and S.B. 787, will be heard by a legislative committee Jan. 12 and 13. The bills would essentially allow for a freestanding emergency room or satellite emergency room in San Clemente.

Bates said the bill has drawn “strong opposition” from the nurses unions and the American College of Emergency Physicians.

“They do have a very heavy influence in legislation in Sacramento,” Bates said. “Their concerns were this would set precedence in the state that this would allow for freestanding emergency rooms not attached to an accredited hospital. We countered that our situation was specific to San Clemente.”

Bates also said the legislators spoke to the community involvement that has surrounded the hospital’s potential closure.

“We were told early in the year that legislation would be the only option to maintain a satellite emergency room,” she said.

Brough said the ongoing efforts to keep a hospital or emergency room in San Clemente have been a key issue for him.

“This has been our top issue of the year,” Brough said. “Our staff is on call every week with all the stakeholders, trying to find solutions.”

Brough said a number of coalitions and associations have been tapped to figure out how to keep at least an emergency room in San Clemente.

“We were unsure what was happening, but we came up with our own legislative deadline and Senator Bates and I put in two placeholder bills,” Brough said. “(The Assembly) knows the issue going on down here. The disappointing thing for me is there are issues with health care, and it’s not just San Clemente.”

Brough said these issues will continue until policy changes are made.

In September, members of the California Legislature’s health committees and representatives facing similar problems in their communities toured Saddleback Memorial Medical Center to understand the nature of the challenges the hospital faces.

“We have to have emergency services in our community, and we believe that this business model can help do that and keep hospitals (financially) healthy,” Bates said.

Bates said the efforts made by legislators must also address the financial issues that hamper these situations. The main reason Saddleback proposed closing the San Clemente campus—or at least significantly reducing its functions—was because hospital representatives said it was no longer sustainable. Representatives from Saddleback said the hospital has not seen the demand for inpatient care as it had in the past, which has drained the location’s revenue streams.

Dr. Steven Cullen, a physician at St. Joseph Health Mission Hospital in Laguna Beach, spoke to some of the numbers the San Clemente hospital faces.

“The hospital serves three cities: San Clemente, Dana Point and San Juan Capistrano, and it is licensed for 73 beds,” Cullen said. “At one point, that building was licensed for about 104 beds. Between inpatient and outpatient care, the hospital admits about 4,000 people a year.”

Cullen said between 2013 and 2014, 73 percent of all 911 emergency medical calls that came from San Clemente had patients transferred to the city’s current hospital.

The opening of the Outlets at San Clemente, the ongoing construction of the Interstate 5 freeway and the decommissioning and deconstruction of San Onofre Nuclear Generating Station (which is expected to take 15 to 20 years) are all factors that bring in more people to the area, Cullen said.

The average drive time from San Clemente Hospital to Mission Hospital is 16 minutes and to Laguna Beach’s hospital was just longer than 23 minutes.

Rather than completely scrap the hospital for inpatient care, there may be some options to scale it down. Some of the alternatives to pushing for legislation to allow for a freestanding emergency room would be to make Saddleback a “micro hospital,” which wouldn’t be able to care for as many patients but would retain emergency services. Certain specialty treatment may or may not be provided under a micro hospital system. Other sizeable options for the hospital are also available, but whether Saddleback Memorial wants to do that remains to be seen.

Currently, the city of San Clemente is looking to rezone the area on which Saddleback Memorial Medical Center is located. The zoning would designate the land could only be used for a hospital.

“When the city of San Clemente became aware of the potential closure of the Saddleback Memorial Care San Clemente Campus in late 2014, the city took immediate steps to understand the impacts, seek community input, involve stakeholders and seek plans to mitigate this potential impact to the city,” a City of San Clemente press release from Dec. 9 stated. “The city conducted a series of public meetings with the Saddleback Memorial San Clemente Hospital Advisory Committee. This Advisory Committee recommended seeking legislative relief to authorize a satellite Emergency Department.”

Some community members who spoke during the meeting said they would not want the city to change the zoning of the land where the hospital is located because it could deter health care providers from keeping the hospital and set precedence that would deter other business owners.

Most of those from the audience who spoke at the meeting shared stories about how they or loved ones may have suffered catastrophic injuries if San Clemente’s hospital had not been available.