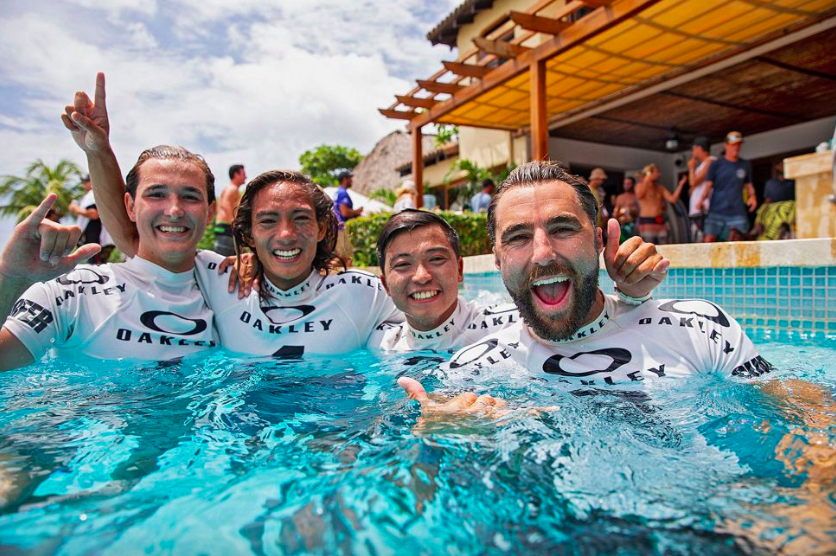 Let’s make it official: San Clemente surf shop Catalyst now owns the title of “America’s Most Core Surf Shop.” And it has rightfully earned it.

This September, Surfer Magazine’s Oakley Surf Shop Challenge descended on Playa Colorado in Nicaragua for its national finals. In attendance were six teams representing various hotbed surf regions throughout the country, but it was the first-ever appearance for Catalyst.

The teams were comprised of two “pro” surfers and two shop “employees,” which provides the contest with elite, world-class talent, as well as giving underground shop rats a chance to shine on a big stage.

Catalyst was represented by hometown pros Nate Yeomans and Kei Kobayashi, who teamed up with cash register jockeys Jack Hopkins and Kevin Tran. A shop from San Clemente or Dana Point had never won the title, making this year’s victory all the more sweet.

The Oakley Surf Shop Challenge first debuted in 2009 as a way to celebrate the critical role that surf shops play in surfing’s vibrant culture. Today, the contest series is the proving ground for friendly surf shop rivalries and serves as the ideal forum for shining light on just how important these local businesses are to our respective communities.

Regional qualifying events are held throughout the year. The winners of each region received an all-expenses-paid trip to Nicaragua to battle it out for a cash prize and, more importantly, bragging rights.

The final was held on Sept. 11, and the Central American surf was absolutely perfect. With solid four- to six-foot barrels and offshore winds, the stacked talent on the Catalyst team took full advantage.

Kobayashi shined from beginning to end. In Round 1, he posted a 9.03 on an absolute screamer. He kept the momentum going in the final, posting an 8.10. The team used his wave as its “double whammy” wave, meaning the score was doubled, giving a huge advantage to the San Clemente squad.

Hopkins contributed with a five-point ride. Then it was Yeomans’ turn. A veteran of the WSL Championship Tour, Yeomans knows a thing or two about making heats, and with the waves cooking, he was happy to oblige. The goofy-footer paddled out and locked in an 8.57 on a well-executed left-hander.

With a combined heat score of 29.3, Catalyst was rolling before Tran even paddled out.

“We all came out and just wanted to have fun—no pressure at all,” Tran said as the champagne was flying. “That’s when we perform the best; just having fun, and it worked out in our favor. Everyone did what they had to do, and it was such a fun time out here. That [trophy] is going to look good in the shop!”