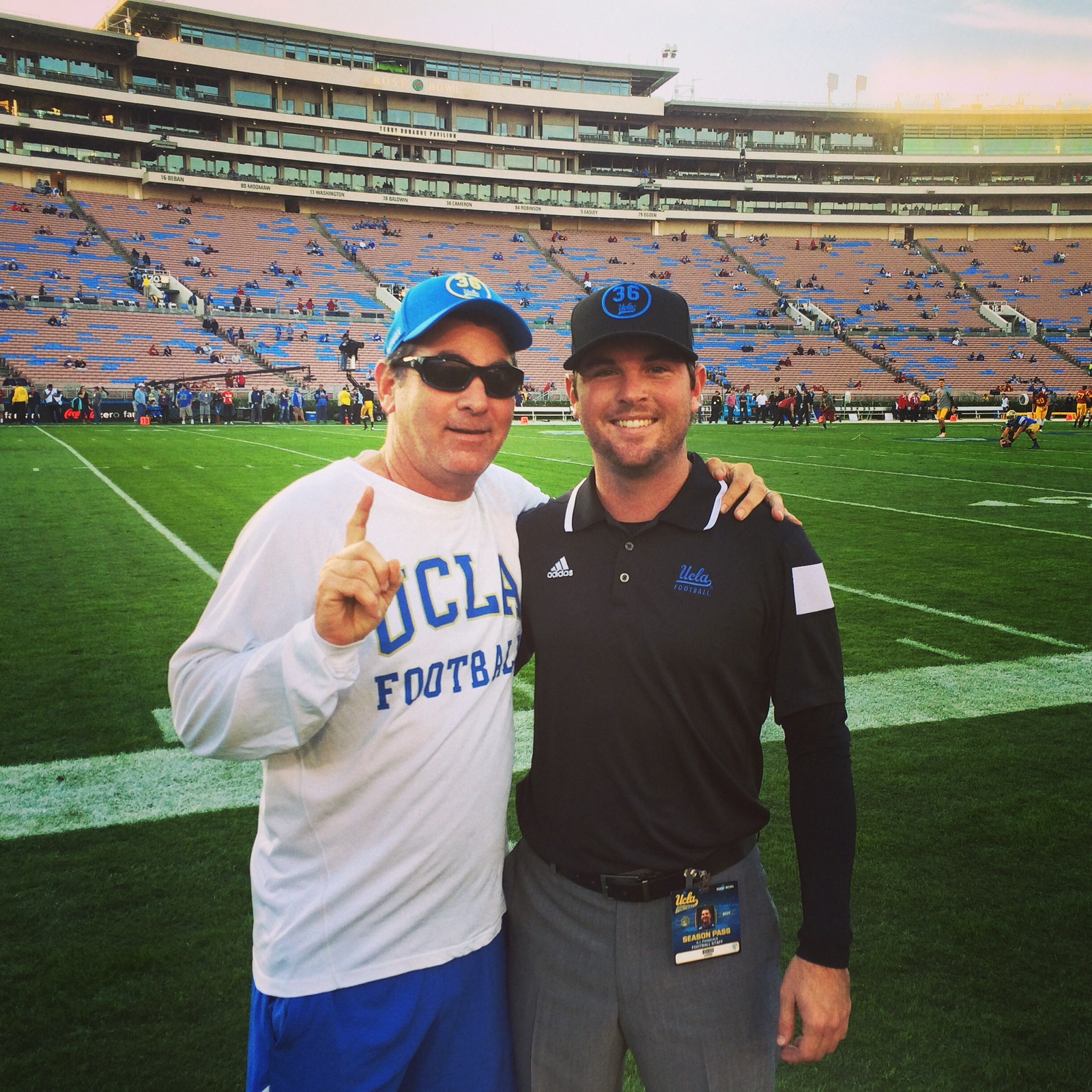 Mel Pasquale to be Inducted into SC Football Hall of Fame

When the Friday night lights need to be turned on at Thalassa Stadium, it is Mel Pasquale who flips the switch.

Preparing a San Clemente High School football team for a game on the gridiron has become second nature for the longtime resident and current director of football operations. Always one to stay busy, Pasquale can be a blur on campus during the week of a game. He assists in coaching on the field and helps break down film on Saturday mornings. When headphones and communication systems need to be set up before a game Pasquale, who head coach Jaime Ortiz refers to as his “right-hand man,” is on it.

With anything the Tritons need, he is more than happy to oblige.

On June 12, the San Clemente High School football program will honor him as the 2015 inductee into its hall of fame.

Pasquale’s journey to the football hall of fame traces back to the hill behind Thalassa Stadium.

When he was a kid, Pasquale would run up and down the steep dirt hill connecting what was Ole Hanson Elementary to the high school. Once his grade school class was dismissed, he would make the short run back down the hill to find his father, who was the vice principal of the high school at the time. In 1967 a young Pasquale was introduced to then-head football coach Allie Schaff, who made him a ball boy. The rest, as they say, is history.

Pasquale admits he was not as talented in pads as his two sons AJ and Nick were. In fact, he jokingly said there was a “large generation gap” between his talent and theirs.

Pasquale was one of a handful of quarterbacks on his high school squad that revolved in and out of a wishbone offense and he got some time at defensive back. Pasquale was a member of the first Triton team that appeared in a CIF Championship game and has been on the sidelines in some capacity for every return trip since (2011, 2014).

Pasquale was involved in Pop Warner football in the area and coached his sons up through high school. When both AJ and Nick graduated, Pasquale missed the camaraderie of being with the coaches and the hectic schedule that comes with coaching a football team. Current San Clemente athletic director John Hamro was the interim head coach at the time and offered Pasquale a spot on the staff. When Ortiz became head coach, he knew he inherited a devoted volunteer.

“He bleeds red and black. You try, as a coach, to show your players that you’re invested, and Mel has been invested in it since the minute he stepped foot on this campus,” Ortiz said. “It’s never been about Mel. It’s always been about what he can do to help the school, help the community.”

Pasquale and his family have impacted hundreds of players, families and fellow coaches over the years. Those countless relationships made between the family and the community were no more evident than when Pasquale’s youngest son, Nick, was killed by an oncoming car while walking home in September of 2013. The day after the news broke, hundreds gathered to pay their respects on the football field at San Clemente High School and more than 1,000 people attended the funeral.

In the wake of their son’s death, Mel and Laurie Pasquale created the Nick Pasquale Foundation, a nonprofit that awards scholarships to local athletes and makes monetary donations to charitable sports groups. In 2014, San Clemente High School’s Francesca Fedorovsky, a nationally-ranked fencer, became the first recipient of a scholarship.

Mel Pasquale’s efforts do not extend solely to supporting the football team. He is a regular attendee of baseball, basketball, volleyball and soccer games. AJ Pasquale, who played football and baseball for the Tritons, is also a familiar face in the baseball bleachers. If the Tritons are playing in a big game, there will more than likely be at least one Pasquale in the stands.

“It’s such a special community … All the coaches in that school are my friends. And the kids, I know them from the town and it’s fun to go watch them and support them,” Mel Pasquale said. “I think that’s why we have such a cool little athletic thing going on. It’s not all about football. It’s about our town and our teams.”

There are a number of players in the San Clemente football hall of fame who played in college and the NFL. Some of those players are still chasing the dream and making big bucks on Sundays. Pasquale said he was honored to be considered in such a group and was surprised when he first found out he was chosen as this year’s inductee.

But look past the pads and the stats accumulated on the field and instead, look at the man with his hands on the light switch and his energy at the ready every Friday night. The choice to induct him becomes a much more obvious one.

“I just enjoy the whole thing. I love the Friday nights,” Pasquale said. “All the hard work that goes into it, the goal-oriented thing. It’s just fun to be around and watch these kids grow.”