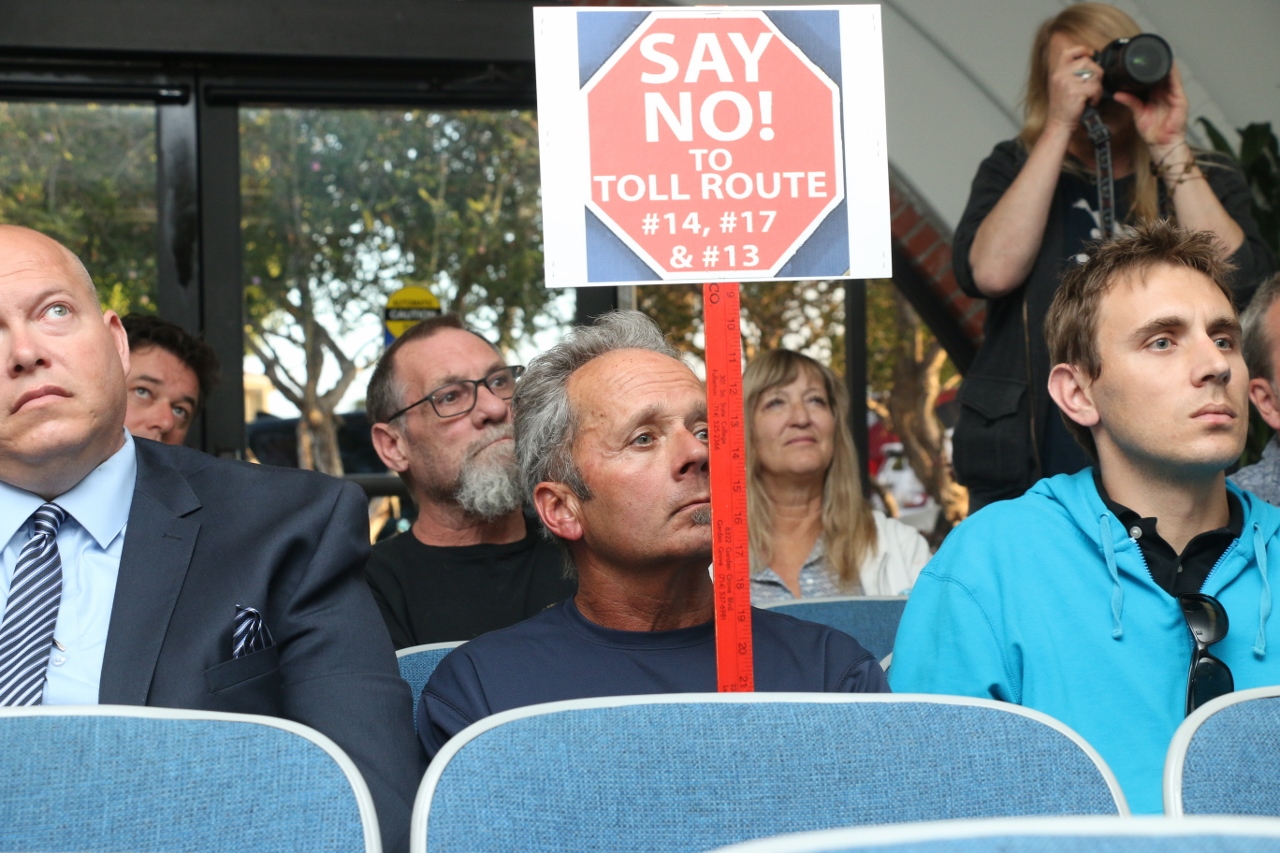 Dressed in blue to signify unity in opposition to the toll road, several members of the public implored City Council on Tuesday night to continue its efforts in blocking the Transportation Corridor Agencies’ (TCA) latest toll road proposals through San Clemente.

Since last summer, when the TCA debuted its latest ideas for possible toll roads through, around or near San Clemente, many residents have been up in arms about what could be. Some of the proposals would wind through what appear to be open space areas of San Clemente, through the canyons and down to Avenida Pico; another cuts through the Shorecliffs community in two separate outlets.

San Clemente resident Dustine Rey said she was afraid of the effects heavy exhaust from traffic on the toll roads would have on the air quality in the city. Rey said laws have been passed that no schools can be built by highways and that she is concerned by reports she’s read about the health effects children face when living near them.

Council member Steve Swartz said he would like to lobby to make OCTA’s upcoming midterm investment study, which looks at various projects throughout the county, to include prioritizing arterial routes, something that in theory could make a toll road obsolete.

Mayor Kathy Ward said she would like to see the process expedited to include San Clemente’s plans.
Council member Lori Donchak said people in homeowners associations or neighborhood community organizations should gather to study the proposals, especially if they bisect certain areas of town.

Donchak said she will provide timelines for the plan update to the City Council in the near future.
Many people have been proposing revisiting the “beltway” alternative, which would have traffic flowing in east and west directions rather than directly through San Clemente. Some of the developments in South Orange County since it was first introduced have made the original plans no longer feasible.

The next San Joaquin Hills and Foothills/Eastern TCA board meetings are scheduled for 9:30 a.m. on April 13 at the TCA headquarters, located at 125 Pacifica in Irvine. Agendas for the meeting, available at www.thetollroads.com, have not yet been posted.