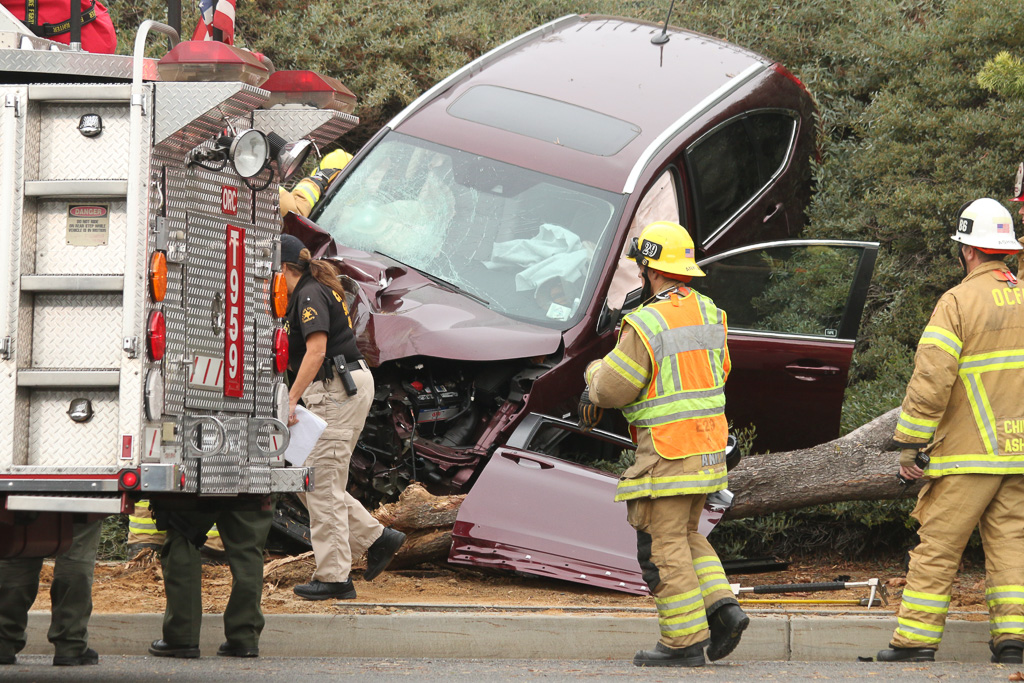 The driver of a maroon minivan was having “medical problems” when he crashed into a tree about 1:15 p.m. on Monday, Dec. 10 on the 600 block of Camino de los Mares, according to San Clemente Chief of Police Services Lt. Mike Peters.

The minivan was found by Orange County Fire Authority (OCFA) and Orange County Sheriff’s Department (OCSD) officials with heavy damage to the front of the car, a damaged windshield and other marks of contact. It had come to a stop in the bushes on the side of the road and appeared to have caused a tree to fall over.

Two people, an elderly man and woman, were in the vehicle at the time of the collision. The man was experiencing medical problems while driving eastbound on Camino de los Mares, where he drove across lanes of traffic and collided into the tree, Peters said. The couple was taken to a local hospital and are expected to survive their injuries.

As of 2 p.m., officials were still working to clear the damage on Camino de los Mares between Marbella and Avenida Vaquero.

This was at least the second significant traffic collision in the area on Camino de los Mares in the last trimester of the year. A driver in August struck four people along the road, a little further east of today’s accident, sending at least two to the hospital with serious injuries. OCSD has not yet released the details of the August incident.

Article updated at 4 p.m. to include Lt. Mike Peters comments.