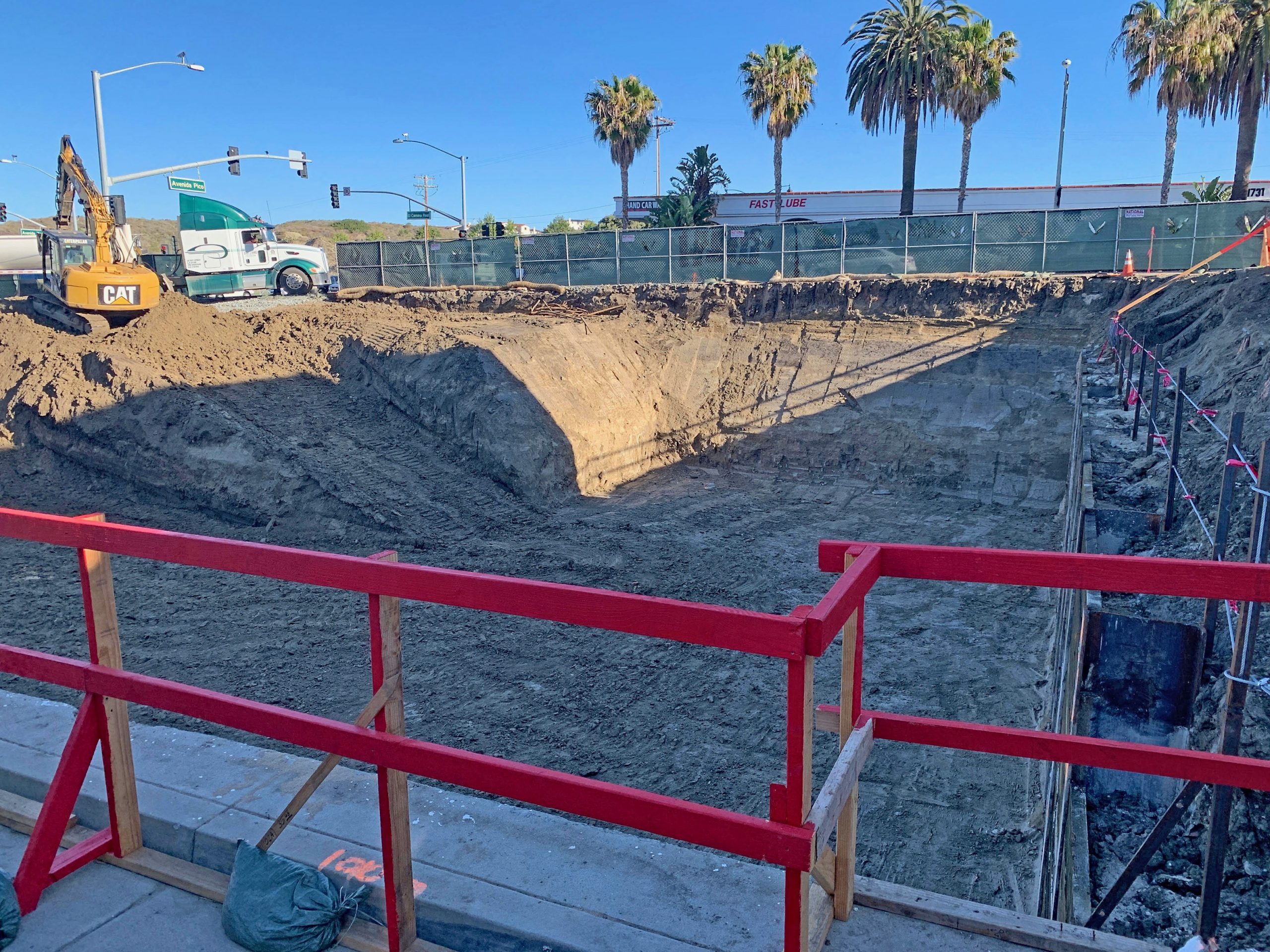 If you frequent the North Beach area, you may have noticed construction crews digging a large hole where the historic bowling alley used to sit. That’s because the project to restore the Bowling Center and convert it into a food hall is entering the latest stage of development.

Crews are excavating the site to make way for the foundation of the anticipated food court and its underground basement that’ll be used for food storage, explained Daniel Conrardy, the project’s architect.

“The lower area of the food court is a storage compartment”—a requirement by the health department, Conrardy said. He added that the basement also allows the developer to “maximize the amount of restaurants.”

The food court, set to fit about 15 eateries and a major dining area on an outdoor patio, will be constructed to match the footprint and architectural configuration of the historic Bowling Center that was built in the 1940s next to the Miramar Theatre.

According to Jonathan Lightfoot, the city’s economic development officer, the work to put up the shell of the food court building is expected to be completed in July. By October, he added, the building should be ready for occupants to begin moving into their spaces.

Construction crews last summer began to dismantle the bowling alley, while preserving key elements later to be refurbished and reused as part of the food hall’s aesthetics and architecture.

Redevelopment of the bowling alley and the Miramar—San Clemente’s first movie theater that opened in 1938—has been underway since early 2020. For nearly $8 million, restaurateur James Markahm in late 2019 purchased the buildings that had sat idle for years.

Based on the entitlements for the 61-acre property that city and state officials approved in 2017, the theater will be rehabilitated into a performance and event venue, called the Miramar Event Center.

During inspections of the theater building, asbestos, mold, dry rot and other contaminants were found last year. Conrardy said remediation efforts have been completed, as all of those hazardous materials have been removed from the structure.

The next steps, he said, include redoing the building’s floors, which had experienced water damage, as well as redoing the roof that had also been damaged from a previous fire several years ago. And much like the food hall, several elements of the theater will be repurposed to preserve the aesthetics of the historic building.

“All the historic pieces, which include light fixtures, tiles, clay tiles and just little artifacts, have been saved by the contractor, and they will be reused and reappropriated with the remodeling of the theater itself,” he said.

As construction continues toward completion of the project, Conrardy teased that more information relating to a grand opening could be announced later this summer.