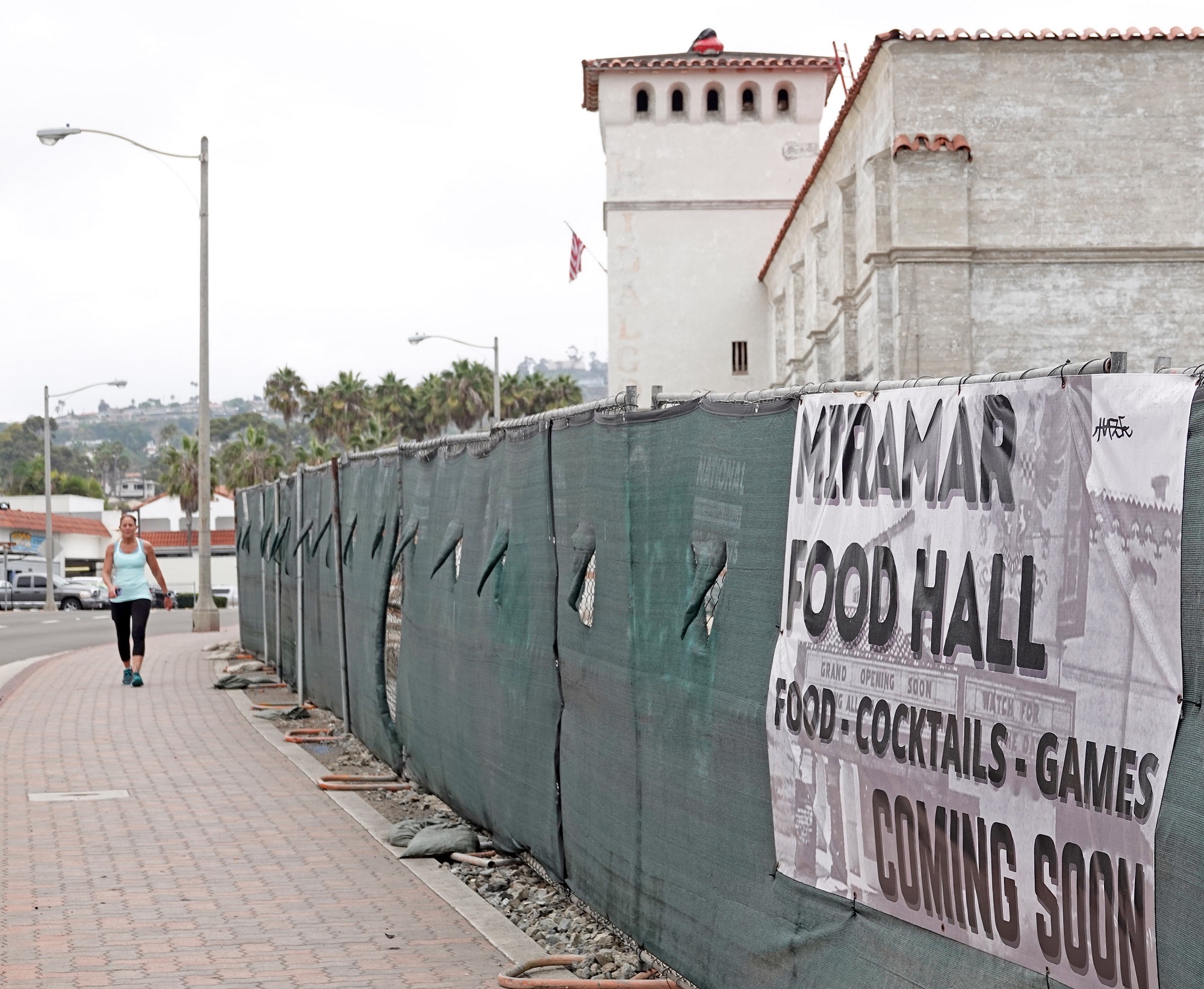 The Miramar Event Center underwent a change in ownership back in April, when the property was reportedly sold to a group that remains closely linked to the project’s operator, Landmark Food Halls, San Clemente Times has learned.

In an email, Mohammad Muhtaseb, a partner with Landmark, said the property was sold from a capital firm based in Scottsdale, Arizona “to a new group that Landmark Food Halls is involved with.”

Muhtaseb on Monday, June 20, said he could not answer additional questions related to the sale of the property.

Citing records obtained through his own appraisal business, Wayne Eggleston, a former mayor who helped get the entitlements for the Miramar project approved, told SC Times that the sale of the property closed in early April for close to $13.62 million.

It was unclear as of this posting who bought the property.

When complete, the bowling alley will become the Miramar Food Hall, a food court featuring 15 food vendors. The theater building will serve as an event space that Wedgewood Weddings is expected to operate.

“We have made significant progress on the construction side of the project; however, due to permitting delays, have pushed back opening to late 2022/early 2023,” Muhtaseb had said in a separate email on Friday, June 17. “The food hall is fully leased, and we are as excited as ever for the project to come to fruition.”

Prior to December 2019, when it was announced that San Diego restaurateur James Markham had purchased the 61-acre property for $7.9 million, the buildings had sat idle for years and changed ownership multiple times throughout the decades.

The current reconstruction of the buildings is based on the entitlements that the city and California Coastal Commission approved back in 2017. Eggleston and Jim Holloway, the city’s former community development director, were instrumental in getting those entitlements passed.