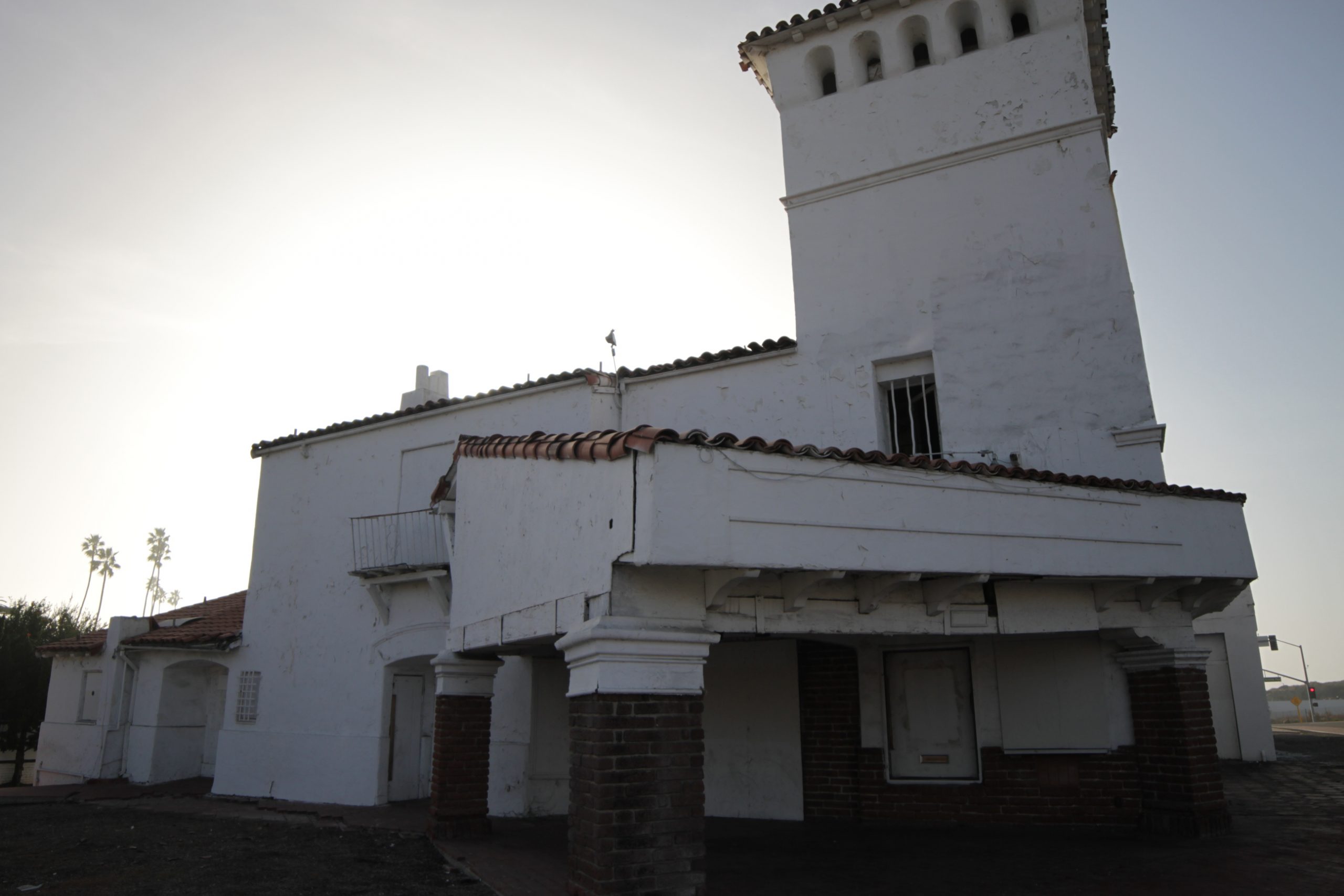 Miramar Project Forges Ahead with Partial Removal of Structures

As part of the ongoing project to restore the Miramar Theater, some demolition work to remove and replace portions of the historic structure in North Beach is expected to get underway soon, city officials told the San Clemente Historical Society last week.

The demolition plans will entail the removal of the non-historic building attached to the Miramar that previously housed the Orange Julius shop, Economic Development Officer Jonathan Lightfoot explained to the members of the Historical Society in an Aug. 11 email.

Lightfoot, who signed off on the partial demo plans following a site visit last week, said the work will also include the replacement of the front portico—the elaborate, covered entry to the theater—which must be rebuilt because of water and rot damage.

Referencing photos he included in the email that showed several of the vertical support members now detached from the header, which he noted were “clearly not salvageable,” Lightfoot said “some framing members will be reintegrated, but much of this portico will need to be rebuilt.”

According to Lightfoot, work to the main body of the theater isn’t necessary. He also said that the interior spaces are in better shape, despite a few framing members that will be replaced because of damage sustained in a 2005 fire.

“The majority of interior framing will be preserved (and) repaired in place,” Lightfoot wrote.

The renovation project to restore and convert the Miramar into an event center got underway this past spring, after the property was sold to San Diego restaurateur James Markham. Markham purchased the building, as well as the adjacent San Clemente Bowling Center, for nearly $8 million this past December.

The two properties had been idle for several years but are now buzzing with construction as crews work to complete a project that’s intended to revitalize the North Beach area.

Back in June, the historic bowling alley was dismantled in order for it to eventually be restored and transformed into a food hall. The new structure will feature certain elements from the previous building that are to be preserved and repurposed.

Similarly, several elements from the Miramar will also be refurbished and included in the renovated Miramar Event Center. In Lightfoot’s latest update to the Historical Society, he noted that several light fixtures, including the wall sconces, hanging lamps and the Portico’s chandelier, will be salvaged and reused.

“A sample sconce from the interior has already been sent to Mexico to be reproduced at a specialty manufacturer that can recreate custom wrought iron fixtures,” Lightfoot wrote.

Other parts that are to be salvaged for the event center include decorative beams, honed wood and metal bars, the original doors and tiles, as well as the building’s chimney and tower.

Lightfoot said on Tuesday, Aug. 18, that the partial demolition work should begin taking place this week.