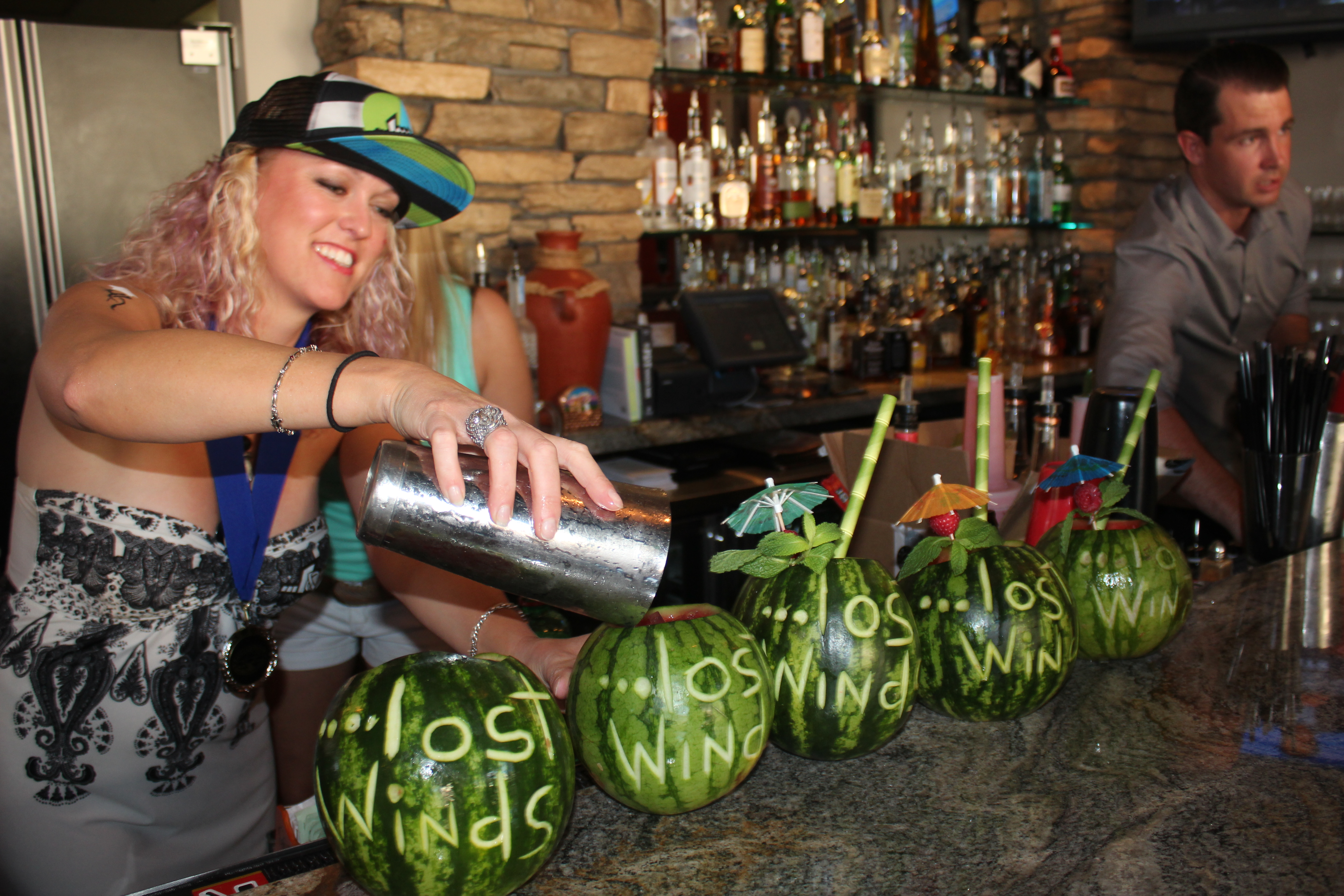 Photos and Text by Jim Shilander

This year’s event actually came down to a late taste-off, as a pair of mixologists actually made a second round of drinks for the judges. In the end, Raven Everly, representing Taka-O Japanese Restaurant, took the prize as the judge’s top choice for her “Pixie Punch,” and the subsequent honor of having her cocktail on the menus of the participating restaurants throughout the year.

“I came up with this a couple of years ago,” Everly said. “A regular came in and asked for a shot, and I just kind of made it up. It took on kind of an urban legend and I decided to enter it this year.”

“It’s pretty neat. You put a lot of hard work into things, and it’s kind of fun to get some accolades every now and then,” Everly said.

Yvonne Kimball of Ole’s Tavern took both the judge’s prize for best presentation, along with winning the People’s Choice prize (and was the second involved in the final taste-off). Her cocktail, the “Lost Winds” was served in small, hollowed-out watermelons carved with the name of the drink/San Clemente beach.

“I got the idea for the presentation first,” Kimball said. “I took a paring knife and carved out ‘Lost Winds.’”

Kimball said she tried to create a drink with the judges in mind.

“They have 10 drinks in front of them, so I asked, ‘What do they want to drink?’ Something light, refreshing. That’s where I came up with creating a natural puree, raspberries, mint, together. You take agave nectar, fresh lemon/lime and them vodka and watermelon flavor to give that flavor.”

Mayor Chris Hamm, who served as one of the five judges, along with fellow City Council member Kathy Ward, said he enjoyed his turn at the tasting table.

“All the drinks were fantastic,” Hamm said. “There wasn’t one bad one. The later we get in the day, the better the drinks start to taste, obviously, but they give us samples so we can go back and judge the best one.”

Hamm said he was primarily judging on flavor.

“If you make one that’s lacking in flavor, you’re definitely not going to measure up,” he said. “We had a number of drinks that stepped up above everybody else.”

While Hamm said some of the drinks weren’t the type he’d typically order himself, he, and Ward, said they could see themselves sipping some of them on the beach.