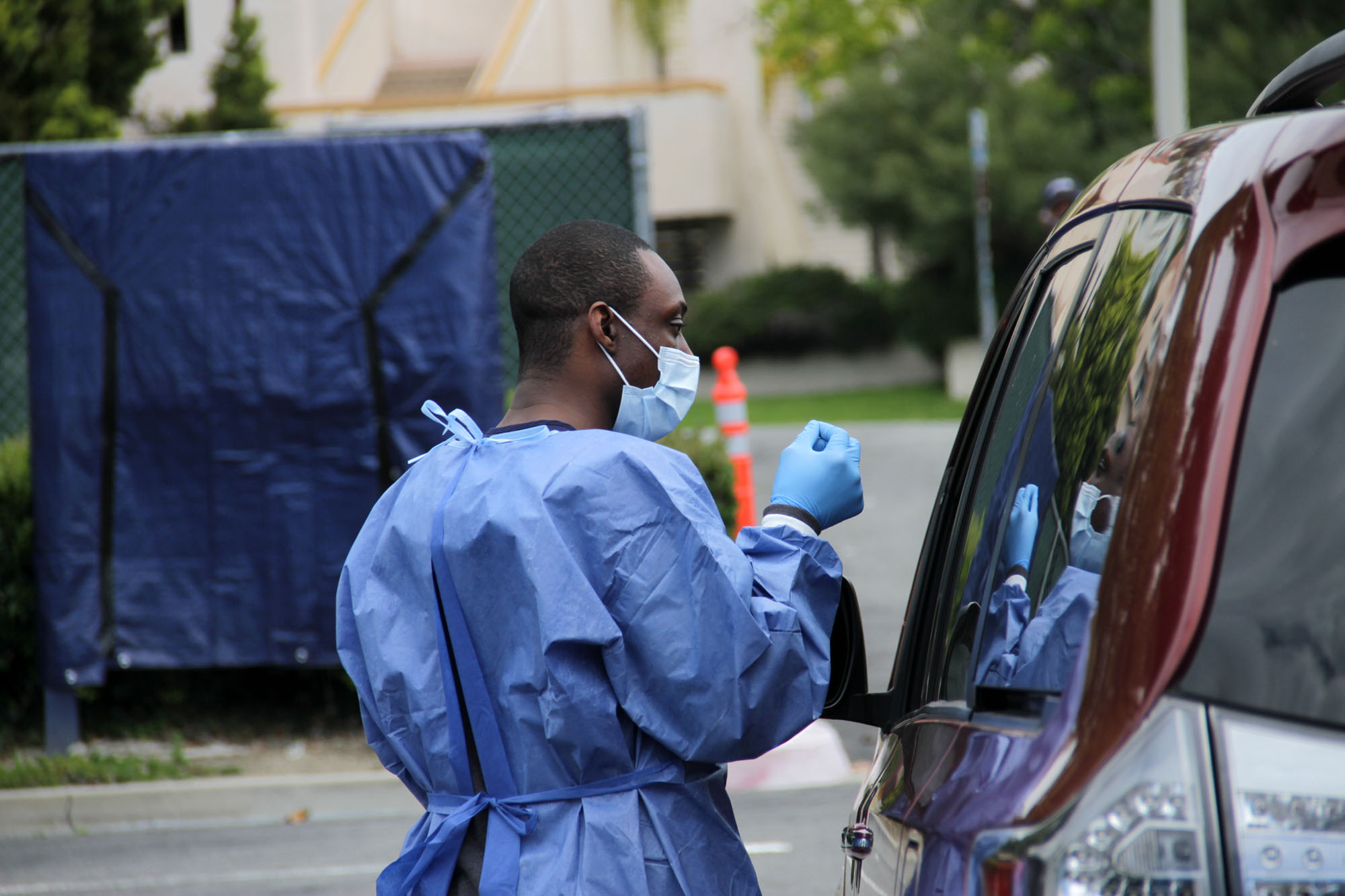 A drive-up testing center for those exhibiting symptoms of the COVID-19 disease is now operational in San Clemente, as MemorialCare on Monday, April 13, opened the site at the home of its shuttered hospital campus on Camino de los Mares.

Testing at the mobile center is only available for persons who have shown symptoms of the novel coronavirus and have secured a physician’s order. Such individuals will then have to schedule an appointment to visit the testing center.

“Increasing access to safe COVID-19 testing will provide critical support to broader community efforts to reduce the spread of the virus and will allow MemorialCare and other area hospitals and providers to dedicate staffing and other critical resources to best care for affected patients,” MemorialCare Vice President Tony Struthers said in a press release.

According to Struthers, the site will serve members of the local community while giving preference to San Clemente residents based on availability of test kits. He added, however, that non-San Clemente residents will not be turned away as long as they have a doctor’s order and have made an appointment.

“While we will continue to give preference to San Clemente residents, we will be testing people outside of San Clemente as well,” Struthers told San Clemente Times on Wednesday, April 15. “It’s based upon access to testing material.”

In partnership with the city of San Clemente, MemorialCare announced earlier this month that it would be launching the mobile testing site for those in the community exhibiting symptoms of the virus.

The April 1 announcement followed a vote that city councilors had taken a few days earlier to approve an amended version of the local emergency proclamation they had previously passed.

The amended version of that resolution relaxes the emergency-services zoning restriction that had been imposed on the parcel in 2016 and established “Mobile Testing for COVID-19 for residents of 92673 and 92672 Zip Codes.”

Addressing the language in the resolution, San Clemente Mayor Dan Bane previously explained that because tests had been hard to come by, MemorialCare would be coordinating with the county’s health office to give preference for testing to those living in those zip codes.

The opening of the mobile testing center came as the county and state continue to work toward ramping up testing for the virus. As of Tuesday, 14,977 people in Orange County had been tested, according to the Orange County Health Care Agency (OCHCA).

David Souleles, deputy agency director for OCHCA, recently told the Orange County Board of Supervisors that testing had continued to be a challenge, as certain components of the testing kits, such as swabs, have been hard to obtain.

“If we can get sufficient testing supplies, we can collect samples on 80 to 160 people per day,” Souleles told the board during its March 31 meeting, noting that “in order to do so, we need to have all of the ingredients.”

As a result of the limited supplies, Souleles said, testing has been prioritized for those who are seriously ill, health care workers, first responders and those living in congregate living situations such as nursing facilities.

He did strike a more optimistic tone, however, stating, “I think we’re on a path moving forward to see more testing in the coming weeks.”

During the weekly presentation and update to the board on Tuesday this week, Souleles, noting that testing for coronavirus continues to be a priority for health officials in the state and county, said the health agency’s lab, as well as hospital and commercial labs, have been able to turn around results for high-priority patients within 24 to 48 hours.

As of Tuesday, the total number of coronavirus cases in Orange County was just shy of 1,300, with 19 deaths. The county health office also reported 122 COVID-19 patients currently hospitalized, including 62 being treated in the intensive care unit (ICU).

“Testing is offered on a drive-thru basis only, which enhances safety and reduces potential spread by limiting exposure of clinicians and patients in hospitals and other health care locations to those suspected of having the virus,” MemorialCare states in its release.