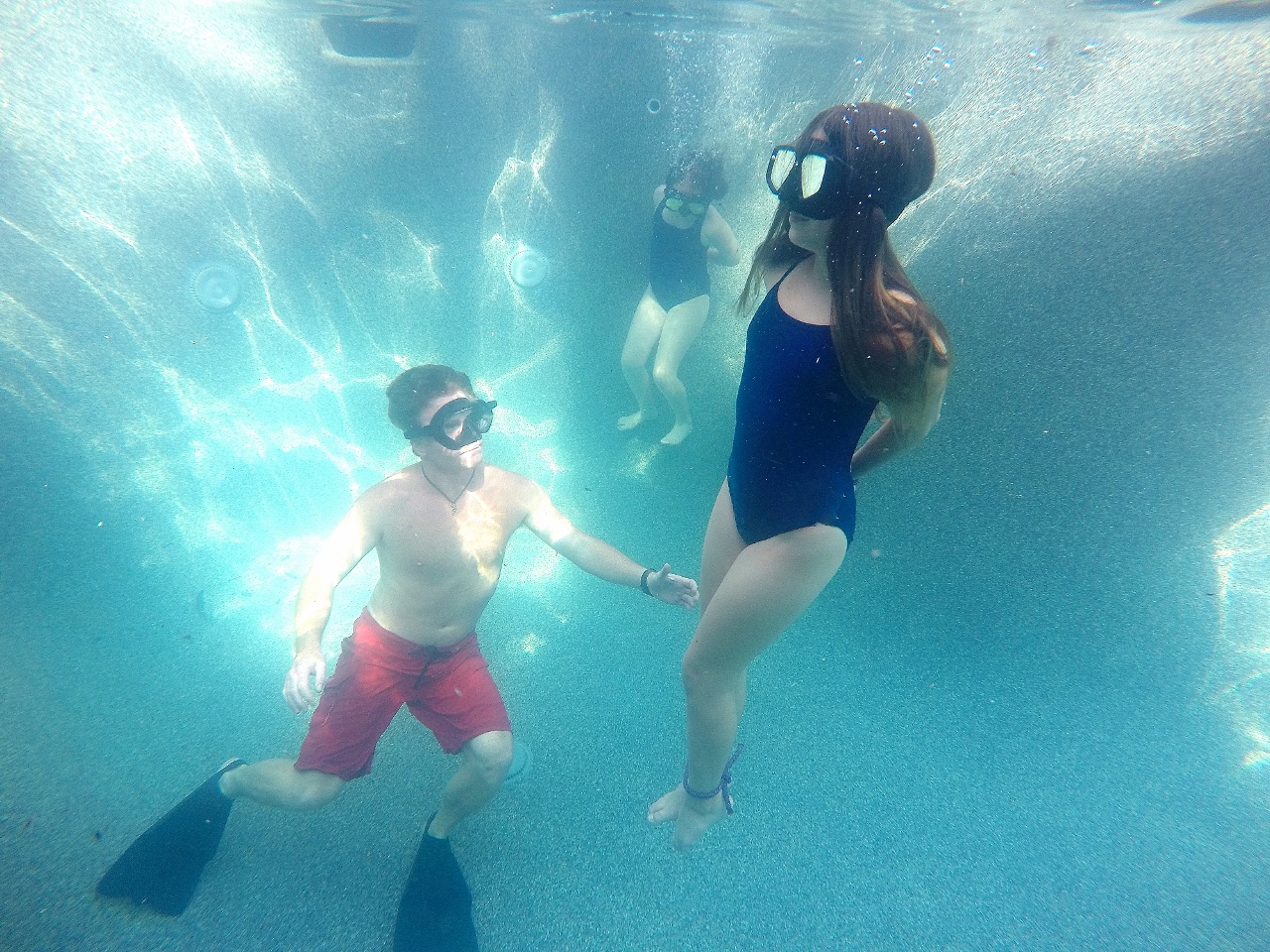 In a hotel, a couple floors above the scene of one of England’s most recent terror attacks, Eric Davis, his wife Belisa and daughters Lea and Ella witnessed police and UK Police Special Operations respond to the threat.

Flash bangs, officers shouting commands and a cacophony of danger echoed on June 3, 2017 along London Bridge as extremists made their way to Borough Market. Uncertainty abounded, and eight people were killed in the incident, but Eric instructed his daughters to remain calm and follow his orders.

“Once they calmed down, they could realize that they were OK, that they could hear my voice,” Eric said about what happened while they were visiting the United Kingdom.

Eric is a former Navy SEAL who worked for five years as a sniper instructor. He has published the book Raising Men and teaches motivational and practical courses to working professionals. Later, the idea transferred into training youth for similar circumstances, formulating into a program called SEAL Pups.

“We wanted (our daughters) to be very confident and courageous,” Eric said. “Confidence is built by doing things you haven’t done before or doing things that other people can’t do.”

To add to the Navy SEAL parenting experience, the Davis family pet—a former SEAL-trained dog—entered the room midway through the interview, eager for some kind of attention. A curious pooch, the dog sniffed inquisitively at anything suspect, like a stranger in their Dana Point office.

Ella Davis, left, practices a drill with her father, former Navy SEAL Eric Davis. The family is hoping to introduce similar SEAL training for youth in the future. Photo: Courtesy of Alexa Gilmore

“She won’t bite or anything. Just don’t try to sprint,” Eric said, adding the San Clemente-based family uses “bite sleeves” to train the dog, which has become a training mascot.

SEAL Pups began a couple years ago when the Davis family decided they wanted to do something to break the mold of a typical upbringing—like trying to swim and escape with your hands and feet bound by rope. Eric said the conditioning is a regimen that doesn’t keep his family “too busy.”

Eric said he grew up playing soccer and understands the value of team sports, but he wanted his daughters’ formidable knowledge to be as applicable to real-world experiences as possible, incorporating things like free diving, getting locked out of a car and surviving in the wilderness.

“We’re basically repurposing the Navy SEAL training for kids,” Eric said. “What we teach are applicable skills the students can use.”

Belisa coordinates adult survival classes and is administering the SEAL Pups criteria. Her main priority is to teach responsibility and preparedness.

“From my standpoint, one of the most important things is to be confident,” Belisa said. “I want (students) to know the power that is within them.”

Over the last two years, the Davis family has collaborated with other close family friends to conduct training. By summer, Eric said he hopes to introduce SEAL Pups to people who want to sign up. This isn’t something where parents can just drop the kids off; he said he wants the family to be involved.

“It’ll be similar to Boy Scouts, but instead of badges, we’ll give them military challenge coins,” Davis said.

Ella and Lea said they both enjoy the exercises their father has provided them.

“If there ever was an emergency at school, I know how to get out of that situation,” Ella said.

For more information on the SEAL Pups program and Eric’s courses, visit www.ericdavis215.com/seal-pups or follow Eric Davis on Facebook.