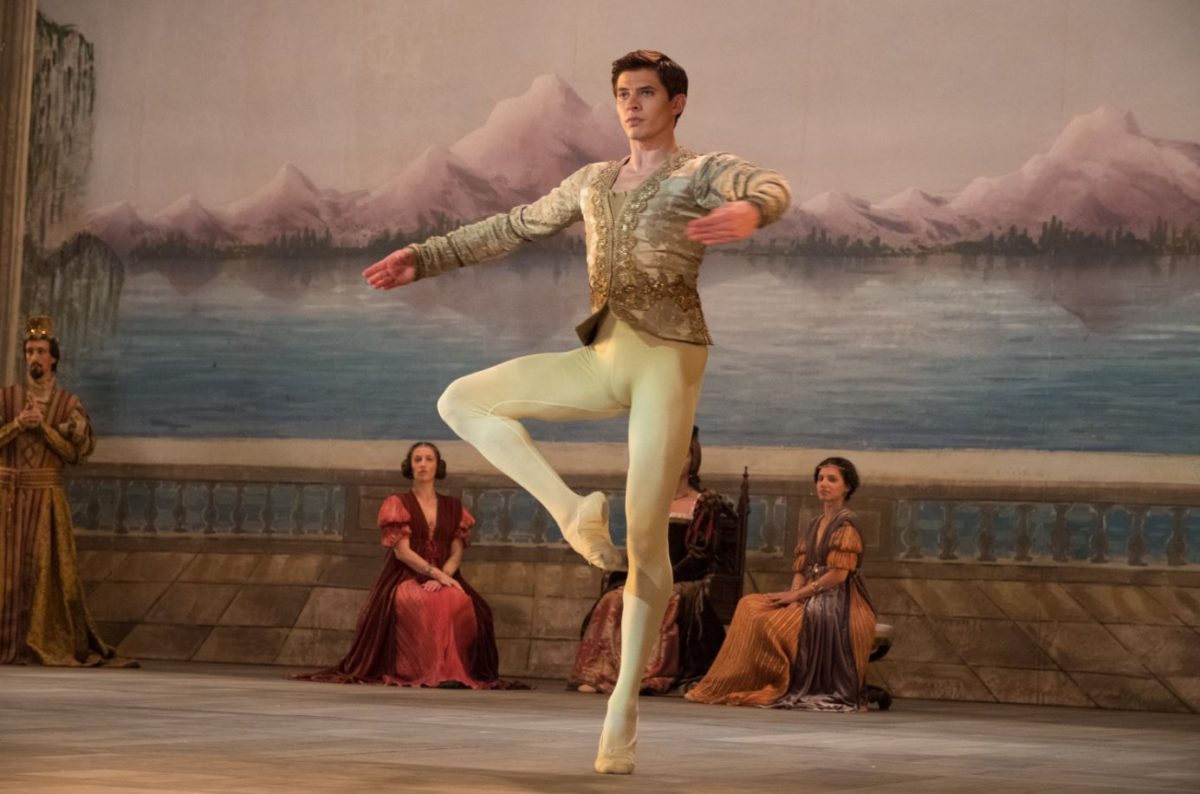 At the Movies: The White Crow Flies Low

Ralph Fiennes is one of the finest actors to come from the UK, with acclaimed performances in classics such as Schindler’s List (1993), Quiz Show (1994), and The English Patient (1996). He is a fine actor overdue for some accolades by now, but is he also just as good behind the camera? In his most recent film, The White Crow, he is both co-star and director, marking his third time in the director’s chair. Though Coriolanus (2011) and The Invisible Woman (2013) did all right, not much was predicted for Fiennes’ future filmmaking efforts.

In 1961 Paris, young, talented ballet dancer Rudolf Nureyev (Oleg Ivenko) escapes the Soviet Union with a dance troupe. His performance gift is undeniable, but his personality is so polarizing that he’s constantly on the brink of being deported back to his home country. Things become more complicated when Rudi begins an affair with Xenia (Chulpan Khamatova), wife of his ballet master, Alexander Pushkin (Fiennes).

The White Crow is one of those cases in which there’s a stellar and captivating third act, but the first two are almost a chore to get there. It’s based on the real story of Nureyev’s identity and cultural struggle as a Russian Muslim and a bisexual, and newcomer Ivenko is a natural in his debut portrayal. Fiennes and the rest of the European cast are great, with the Englishman’s directing adequate, but still not yet unique. The best part of the period biopic might be Adèle Exarchopoulos, one of the best young French actresses today, who plays the most logical character in the film.