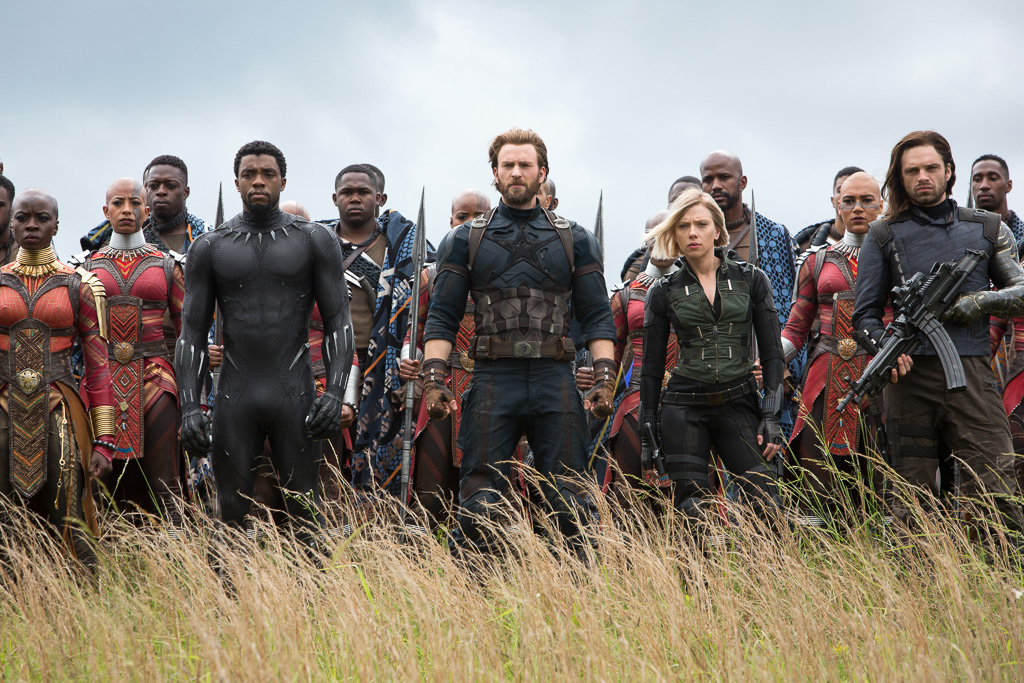 At the Movies: ‘Avengers: Infinity War’ is Victorious at the Box Office

One cool thing about a huge film universe—like the Marvel movies—is that we have up to a hundred significant characters in dozens of films all affiliated with each other, meaning that we could possibly see a favorite character again relatively sooner than later. A current example is how the most epic Marvel blockbuster to exist so far, Avengers: Infinity War, features Black Panther (Chadwick Boseman) and his friends only a couple of months after his own solo feature. This is neat because we would usually have to wait two to three years for a sequel in other franchises.

After preparing for the past two years, mega-villain Thanos (Josh Brolin) is now not only a menace to the Guardians of the Galaxy, but to all of the Avengers. With the help of powerful sidekicks Ebony Maw (Tom Vaughan-Lawlor) and Proxima Midnight (Carrie Coon), Thanos has all but two of the six “infinity stones” that will magically allow him to control the whole universe. With their power, he’s planning on wiping out half of the population.

Infinity War has the most Marvel stars of any picture thus far, including Iron Man (Robert Downey, Jr.), Thor (Chris Hemsworth), Captain America (Chris Evans), Black Widow (Scarlett Johansson), Star-Lord (Chris Pratt) and Spider-Man (Tom Holland).
In what could have easily been a bloated mess, directors Anthony and Joe Russo wisely chose to have the plot revolve around Thanos, with the superheroes being the supporting characters with multiple subplots. Whether you are still invested in Marvel characters or feeling the fatigue, Infinity War impressively delivers as the first essential summer blockbuster.