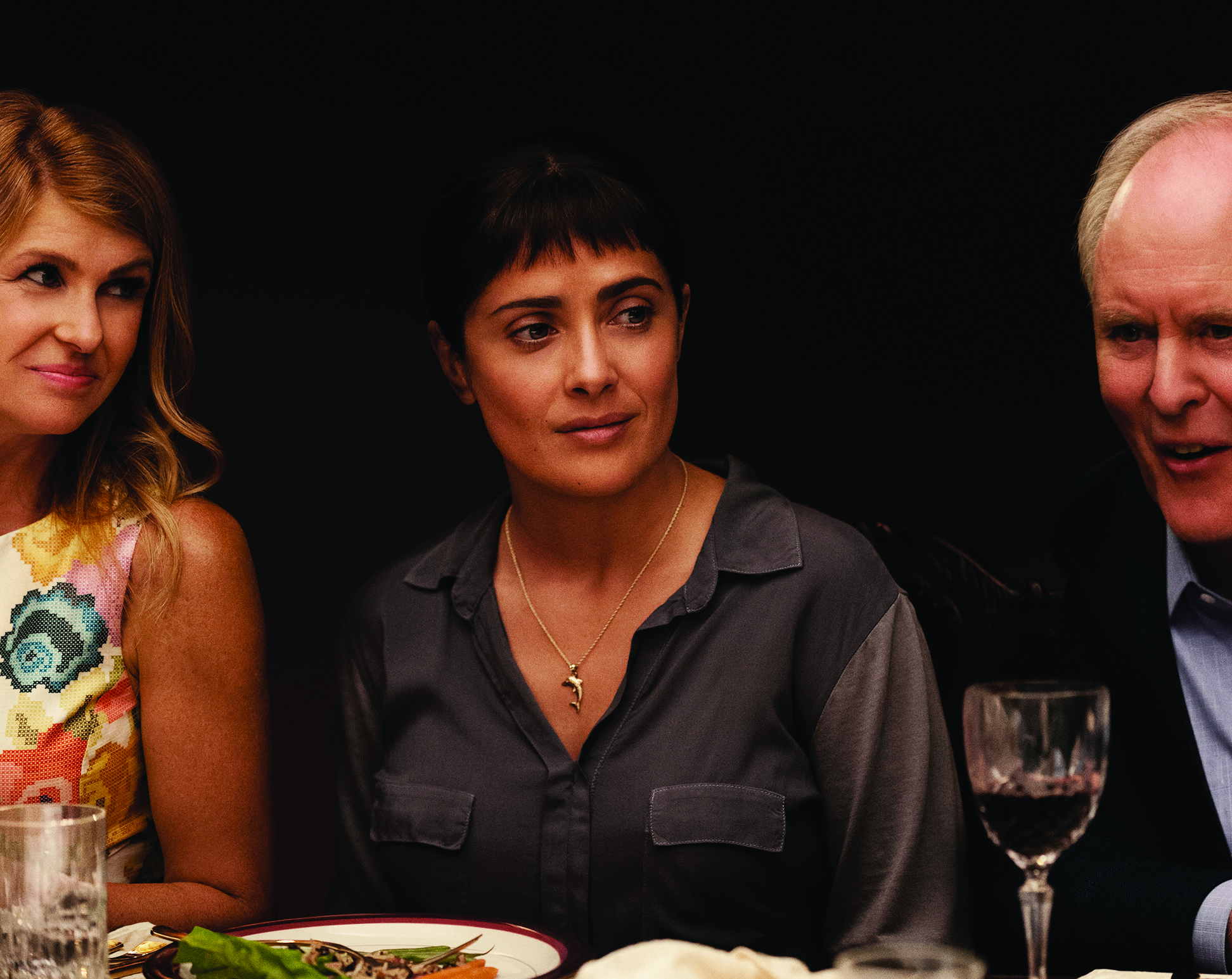 At the Movies: ‘Beatriz at Dinner’ Serves a New Perspective

Salma Hayek is the latest Hollywood sex symbol to undergo the “ugly makeover” for a dramatic performance, and it’s not exactly a bad thing. Usually, when a beautiful actress downgrades her looks, she’s accused of aiming for an Oscar, a la Charlize Theron in Monster (2003). But here, in Miguel Arteta’s Beatriz at Dinner, we have a fine performance and transformation from Hayek in a rather independent and low-key satire.

In San Fernando Valley, Beatriz (Hayek) is a lower middle class “healer” who works with physical health and body massages. Two of her clients are the wealthy couple, Cathy (Connie Britton) and Grant (David Warshofsky), whose daughter Beatriz helped care for her as she was ill. One night after giving Cathy a massage, Beatriz discovers her car won’t start, and she is invited to stay for a work dinner party Grant is hosting.

John Lithgow co-stars as a rather antagonistic party guest, and Chloë Sevigny and Jay Duplass also appear. Beatriz at Dinner isn’t particularly subtle with its direction and narrative, but it does effectively focus on social commentary on racial issues and culture that The Dinner failed to do last month. Arteta’s film was scripted by Mike White, who is the pretty clever writer of Dead Man on Campus (1998) and The Good Girl (2002), but here he plays it safe, maybe intentionally. Most of the themes are on the nose, but not unpleasantly. Beatriz doesn’t try to break new ground, but reminds us that people you think you might know can change at any second.

At the Movies: The Surprisingly Effective Story of a Man and His Pig

Editor’s Pick: Music on the Meadows