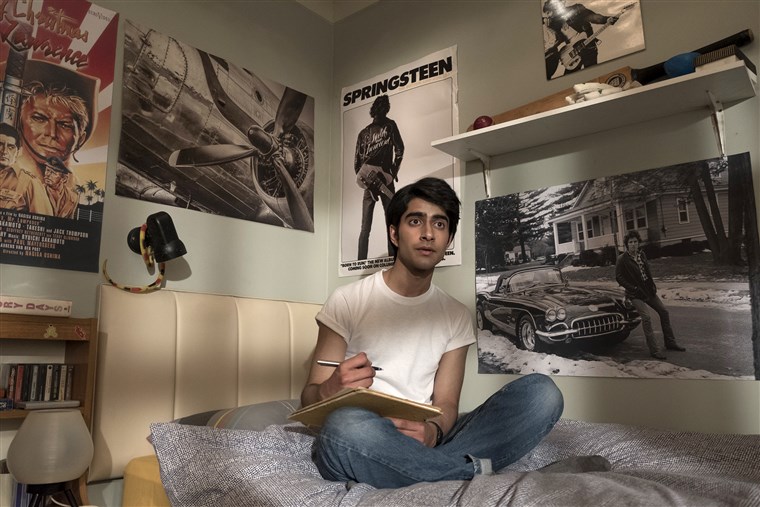 At the Movies: ‘Blinded by the Light’ Brings a Cool Vibe

Director Gurinder Chadha’s modern classic, Bend It Like Beckham (2002), and her new film, Blinded by the Light, have some similarities, as well as quite a few unique qualities. While Bend It was about a local English-Indian girl’s passion for soccer as she tries not to feel embarrassed by her family, Blinded by the Light has the coming-of-age theme in a period piece centered on an English-Pakistani boy with a passion for writing.

In the small UK town of Luton in 1987, Javed Khan (Viveik Kalra) has a passion for poetry and journalism. He takes inspiration from everything from modern politics while Margaret Thatcher is Prime Minister to writing love notes for classmate and love interest Eliza (Nell Williams). The burdens in Javed’s life are racist bullies and his overbearing, old-fashioned father, Malik (Kulvinder Ghir), pushing him to abandon writing and get an ordinary business job. But the one thing keeping Javed going is discovering the music of Bruce Springsteen.

Chadha, along with help from Paul Meyeda Berges and Sarfraz Manzoor on the script, crafts a near-perfect, feel-good movie. The theme of feeling saved by your favorite music is a universal one, but Blinded also puts a spin on it by setting it in a culture we don’t see very often on screen. Even if you’re not a Bruce fan—I am not, either—the use of his classics is still just as effective and uplifting. And for those who aren’t aware, the title of the film does come from Manfred Mann’s 1976 hit single with the same name, which is a cover of a 1973 hit song by Springsteen.