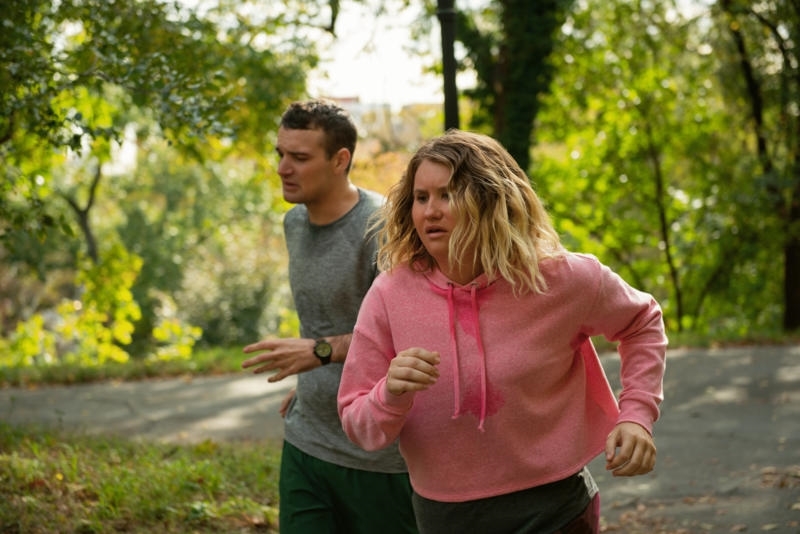 At the Movies: ‘Brittany Runs a Marathon’ Is a Winner

Though there have always been overweight characters played by overweight actors, stars such as Robert De Niro and Christian Bale have infamously gone to extreme method-acting limits to naturally gain and lose weight for roles. This late summer, comedic actress Jillian Bell takes a stab at it herself in Paul Downs Colaizzo’s Brittany Runs a Marathon.

After a bad night out with friends, Brittany (Bell) goes to the doctor not feeling well—only for him to tell her that her primary problem is she’s out of shape, on the verge of being overweight, and needs to stop eating junk food and getting wasted every week to feel better. Brittany tosses the advice aside at first, until it hits her that this new health goal could work as both physical motivation and a personal one to surround herself with more positive influences. Not only does she take up jogging, she goes the limit to have the New York City Marathon be her final goal.

Bell reportedly lost 40 pounds throughout filming, just like Brittany. And if you watch the movie, both the actress’ and character’s progress are impressive. Brittany Runs a Marathon does a pretty decent job of showing that she has both different and similar issues as in-shape people do. Bell does a fine job with the drama and comic relief that is required of the film’s lead. Brittany is also the filmmaking debut of Colaizzo, and he has potential for future features in cinema. But besides that, Brittany is probably the best romcom/light comedy since Bridget Jones’ Diary (2001) about an average-looking, out-of-shape woman.