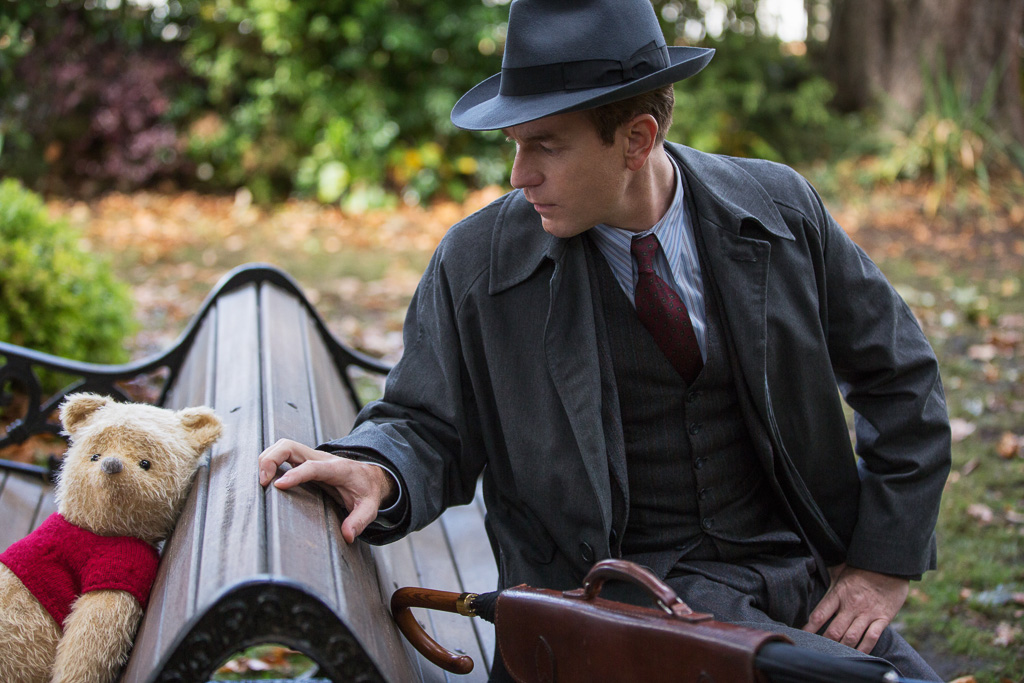 Every once in a while, two movies will be released not far apart from each other with very similar themes or plot. In this case, it’s Winnie the Pooh-related. Last autumn, we had Goodbye Christopher Robin, a straightforward, typical biopic on A.A. Milne’s career that was just okay and a little depressing. Now we have Disney’s Christopher Robin, which isn’t about the real people behind the iconic characters but rather a grownup sequel of sorts.

Deep in the Hundred Acre Wood, the classic children’s characters Pooh, Piglet, Eyeore, Tigger and Co. are without their human friend Christopher Robin because he’s chosen to grow up.

Christopher (portrayed by Ewan McGregor) is now middle-aged and has his own family, including wife Evelyn (Hayley Atwell) and daughter Madeline (Bronte Carmichael). Summer’s just around the corner and it’s apparent Christopher is going to choose work over spending time with the family. That’s when he gets a surprise visit from some old friend.

Marc Forster’s Christopher Robin takes a cue from Steven Spielberg’s Hook (1991) by having an iconic character grow up, become a workaholic in the “real world” and get a wakeup call from the make-believe world.

But for all its flaws, Hook did manage to be memorable and produce a sense of wonderment. While Christopher is cute, it also treads the line on charming and boring. It is intriguing to see the classic Disney design of Milne’s character with CGI for the first time. But we can also see why Pooh works best with short films rather than a full-length feature.