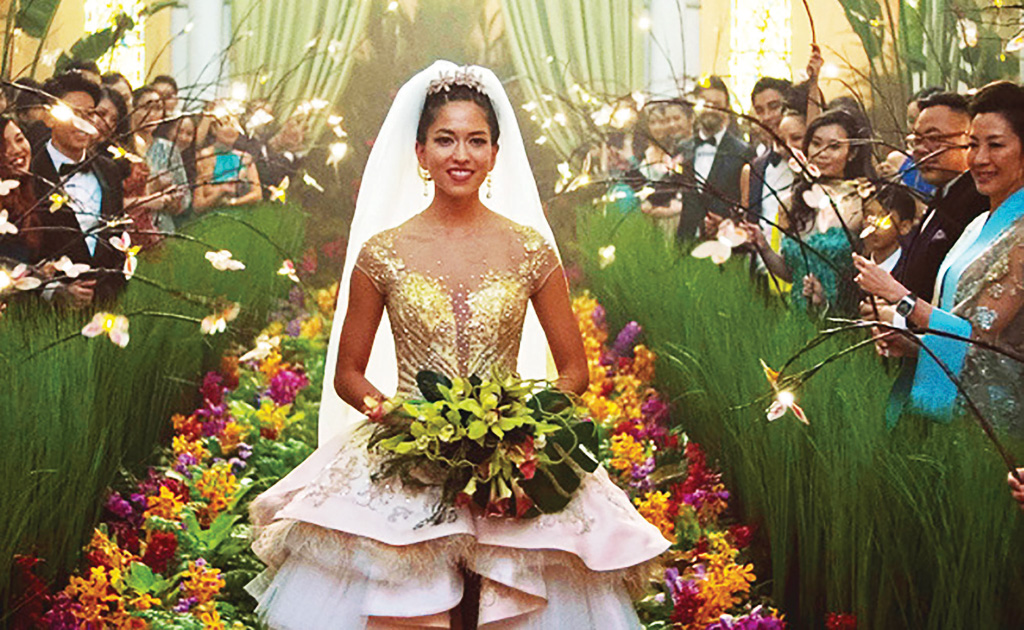 At the Movies: ‘Crazy Rich Asians’ is Crazy Fresh Fun

After the mega success of Kevin Kwan’s best-selling novel Crazy Rich Asians in 2013, there was natural curiosity on when the movie adaptation would happen. And now, five years later, we finally receive Warner Bros.’ take with the first all-Asian cast in a major Hollywood movie since The Joy Luck Club (1993). Even more interesting is that the lead, Constance Wu, is one of the few Asian-Americans alongside actors who are primarily British.

In modern day NYC, Rachel Chu (Wu), lives happily as a university professor with her hot boyfriend and possible future fiancé, Nick Young (Henry Golding). When Nick has to travel back home to Singapore to be in his best friend’s wedding, naturally Rachel tags along as his date. But during the journey she discovers that Nick actually comes from the wealthiest family in the country and all his friends back home are just as high-class. Rachel quickly needs to not only make a good impression as a middle-class outsider but also to Nick’s strict, posh mother, Eleanor (Michelle Yeoh).

Gemma Chan, Sonoya Mizuno, Awkwafina and Ken Jeong co-star. Crazy Rich Asians is adapted by Jon M. Chu from the Step Up franchise, who knows how to make a film look flashy and glam. All the ladies and scenery are dolled up to the top and consistently set the tone for the wedding. The plot is a typical Cinderella theme with some Bridesmaids (2011)-type humor, but the foreign setting brings something fresh. The whole cast has lovely chemistry and the soundtrack of American pop songs translated into Mandarin is a nice touch.