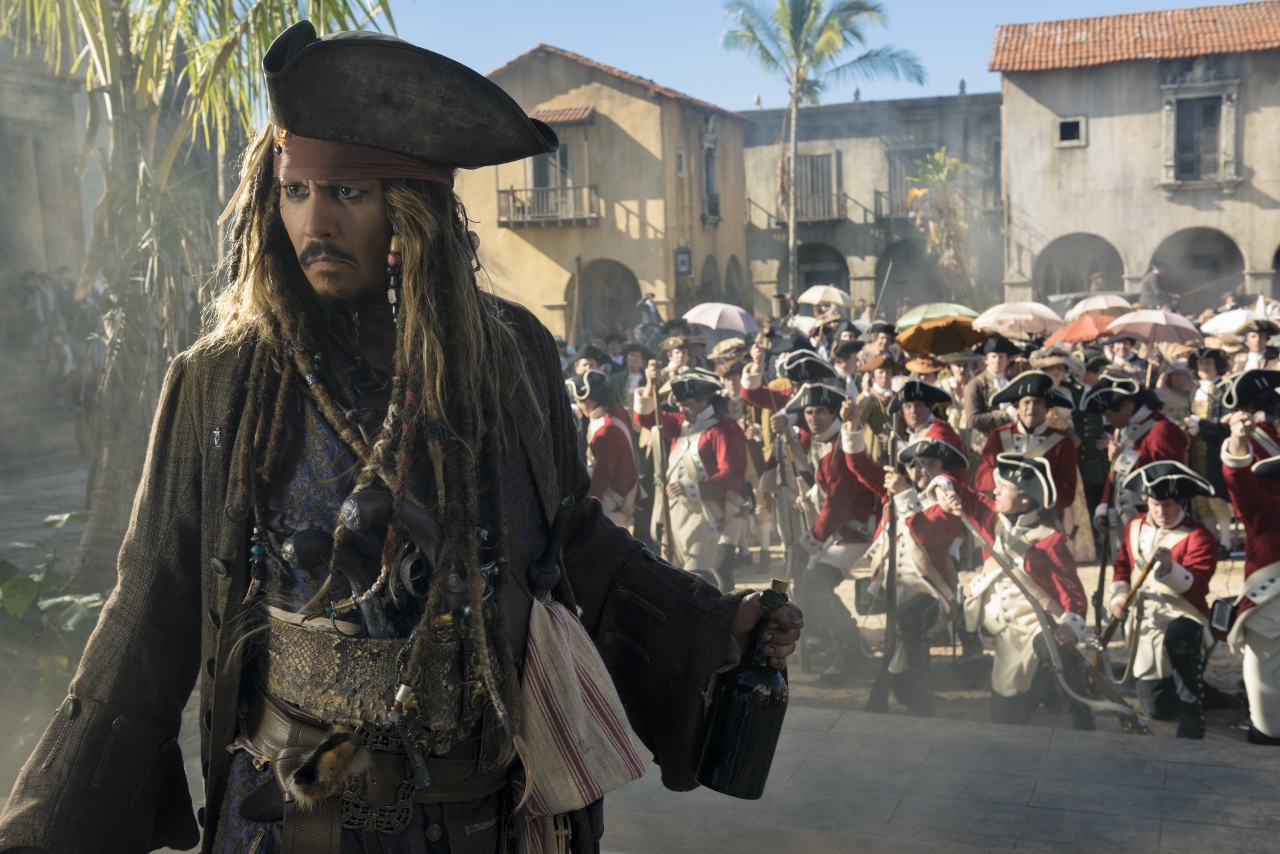 At the Movies: ‘Dead Men Tell No Tales,’ Again

Fourteen years ago, Disney released one of their biggest, and surprisingly impressive, action-adventure blockbusters with Pirates of the Caribbean: The Curse of the Black Pearl. The film penned many things, including one of the most amusing scene-stealers of all time, Jack Sparrow (Johnny Depp). Since then, we’ve gotten a handful of sequels with incoherent scripts and tired comic relief, and the main focus going from the original two leads Will Turner (Orlando Bloom) and Elizabeth Swann (Keira Knightley), to Depp completely.

Disney’s fifth installment of the Pirates franchise, Dead Men Tell No Tales, is the weakest effort yet. Back in the Caribbean, Jack (Depp) is caught up in another epic journey, this time with Will’s and Elizabeth’s son, Henry (Brenton Thwaites).
Henry convinces Jack to help him break his father’s trapped curse. With the aid of a young, astronomy-savvy woman named Carina (Kaya Scodelario), the trio runs into some trouble at sea with two of Jack’s old nemeses Captain Barbossa (Geoffrey Rush) and Captain Salazar (Javier Bardem).

Dead Men features all the usual problems in redundant sequels—too many awkward, meta callbacks to the previous, better film; an incoherent narrative with plot holes; and the fan-favorite character is now a shadow of what he used to be. Bardem, Rush, Bloom and Knightley are completely wasted with pointless screen time, while Thwaites and Scodelario are just plain boring, and Depp phones it in, clearly. I’m not sure what to call this sequel, but it’s not what Pirates of the Caribbean originally was.