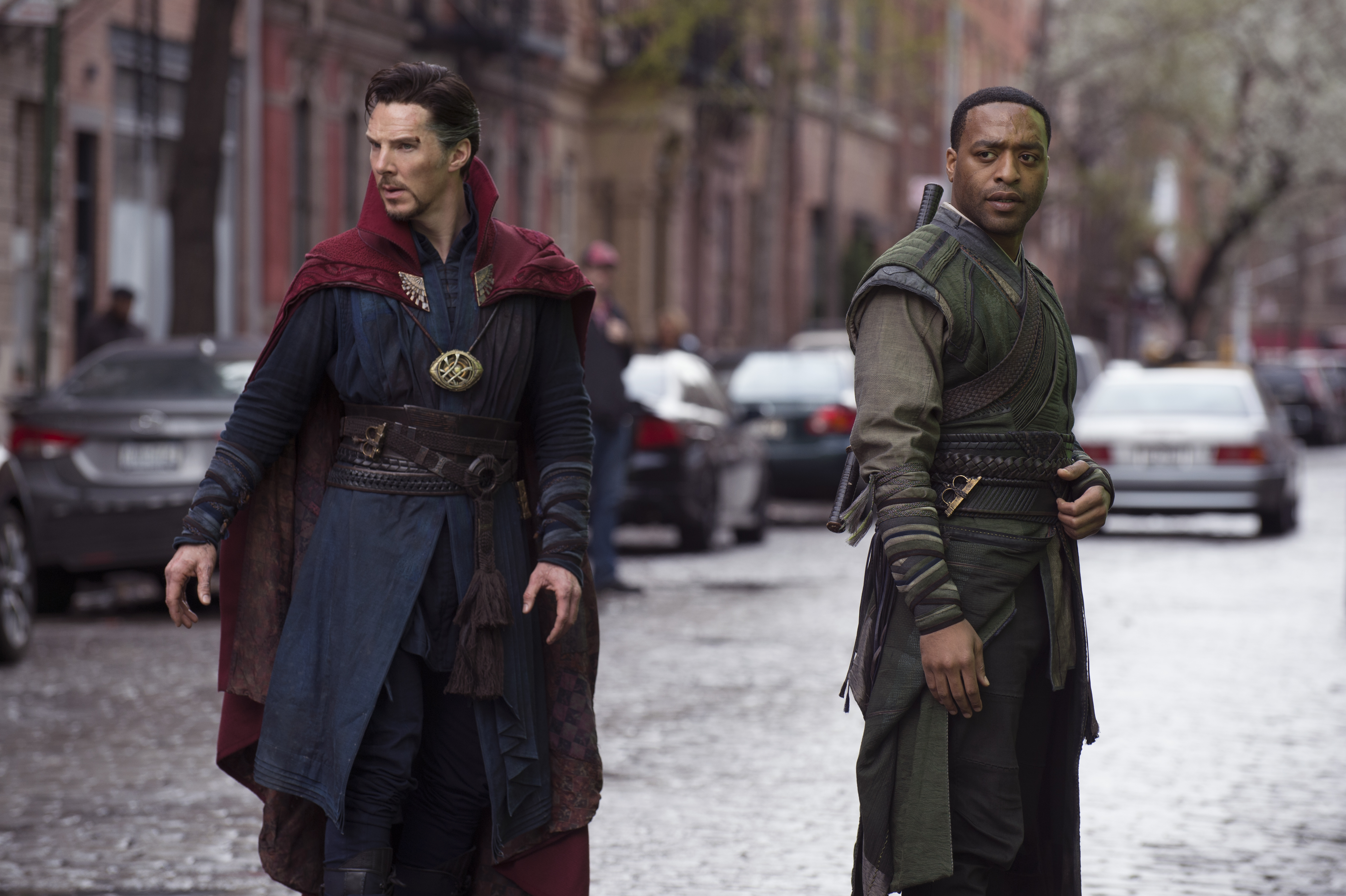 At the Movies: ‘Doctor Strange’ is Fittingly Titled

The newest addition to the Marvel cinematic universe, Doctor Strange, is as peculiar as the main character’s name. It’s fresh and different from the usual superhero movie, but at the same time it’s not entirely good. The tone and atmosphere is reminiscent of The Matrix (1999) or Inception (2010), which works to the film’s advantage, but the filmmakers have to work with the fact that the lead is still a superhero in a lighthearted franchise.

Dr. Stephen Strange (Benedict Cumberbatch) is the most talented and successful neurosurgeon in New York City, much to the chagrin of his former flame, nurse Christine Palmer (Rachel McAdams) and fellow surgeon Nicodemus West (Michael Stuhlbarg). But suddenly he becomes victim to a near-fatal car crash that leaves him with permanent nerve damage in his hands. Out of work and desperate, Strange travels to Kathmandu, Nepal, to seek help from a mystical sorcerer called the Ancient One (Tilda Swinton), who shows him how to become magical himself.

Mads Mikkelsen plays their arch nemesis.
Doctor Strange is as much of a visual spectacle as many critics are saying, especially the supernatural sequences, and it is interesting to see an action lead become a magical hero rather than just super strong. But unfortunately, the film is inconsistent with its tone and has much more comic relief than is needed. Some scenes are very dramatic, while others are purely comedic. There is an amusing magic cape similar to Aladdin’s carpet, but the creators should have focused more on the characters’ chemistry and less on laughs.